One has to be very creative when it comes to making things up like, let's say, monikers. And with a family record of odd and funny nicknames, Prince Harry is not an exception to the rule. Surprisingly, the father-to-be already has a nickname for his offspring that hasn't even been born yet, and you won't believe how adorable it is.

If you thought that Royals tended to address themselves as "Royal Highness," "Majesty," "Sir," or "Madam," well, let us tell us that's not always true. The British monarchy has quite a different dynamic of name calling. And today, we'll take a peek at the unusual yet hilarious list including, of course, the latest creation for baby Sussex. Let's get started! 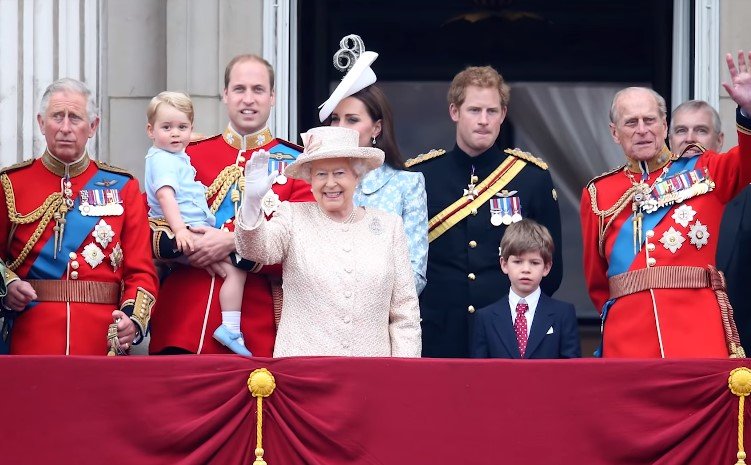 The adorable Prince George has nicknames for some people in the royal household, and it turns out he has one for his father, Prince William, as well. He doesn't call him Duke of Cambridge, His Royal Highness, and not even the traditional "dad." His nickname is so much sweeter than that.

As per Pop Sugar's report, in November last year, details about the nickname came out when the Duke and Duchess of Cambridge paid a poignant visit to Leicester. Middleton was speaking to volunteers, and a season ticket holder, Fiona Sturgess, struck up a conversation with her. 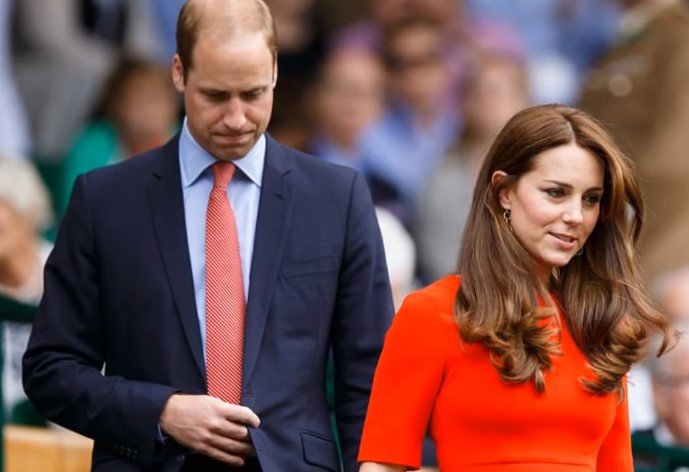 She wanted to inquire about the children and how they were doing. It was then that Kate shared the charming anecdote of Prince George’s nickname for his dad when they were playing football the previous night, as Kate replied, according to Fiona:

"One of them said, I think it was George, 'Are you playing football tomorrow, Pops?'" 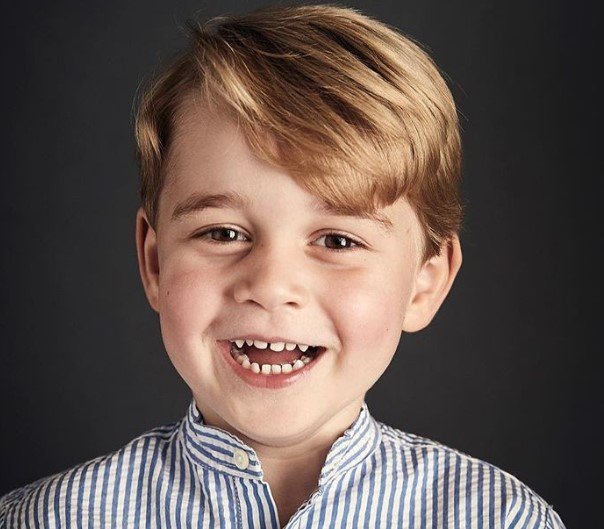 Melting just a little may be inevitable when hearing cute Prince George call his father 'Pops' in a tiny British accent. But surprisingly, according to Good To Know, the nickname is more commonly used in the United States, so this might suggest he learned it from Aunty Meghan, who is the only American in the family.

But that is not all for the Duke of Cambridge. When present at the Royal Horticulture Society Flower Show, Kate Middleton called her husband by a nickname. Charlie Albone revealed that Duchess Catherine just turned to him and addressed to him as 'babe,' a lovely moniker coming from a wife. 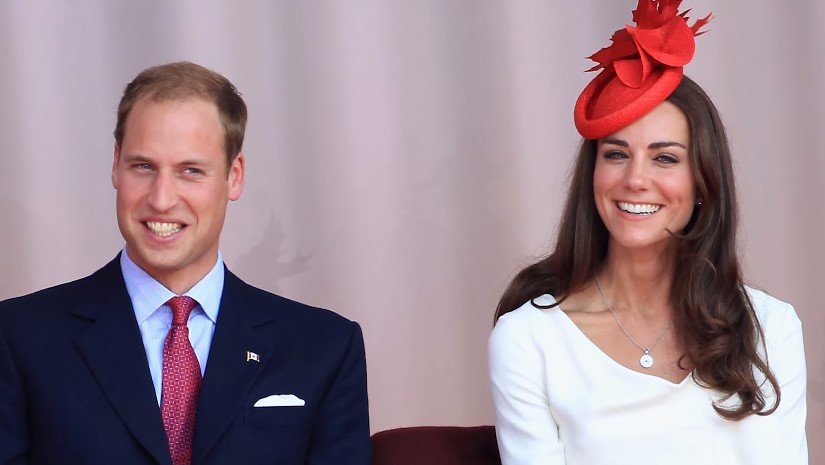 An when the Prince was younger, his family used a curious and funny word for him. In NBC’s Dateline interview, William and Harry discussed childhood nicknames, and the eldest brother explained his. "It began when I was two; I’ve been rightfully told because I can’t remember back that far." When learning about wombats in Australia with his parents, he started being called like the animal.

Plus, during his time in St. Andrew’s University, William chose a simple pseudonym to avoid journalists hounding him as he tried to attend class. His friends probably knew his real identity, but they went along with calling him 'Steve' throughout his time at the university. 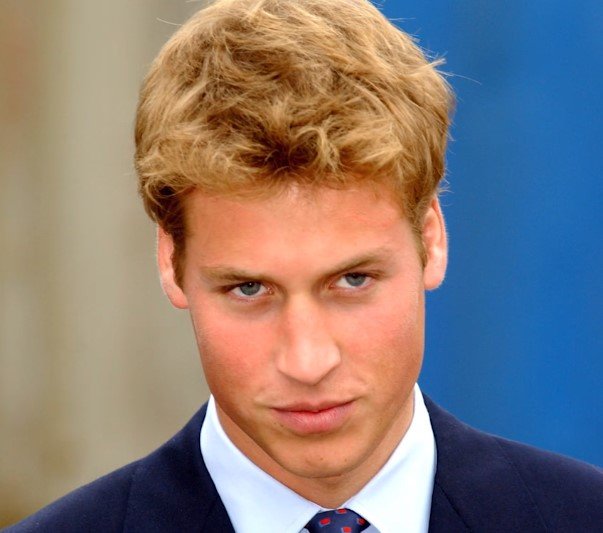 LOVELY MISPRONUNCIATION FOR THE QUEEN

George did not only came up with 'Pops' but also with a word for Elizabeth II. During an interview for a documentary, Duchess Kate let slip the unique nickname that Prince George, only two back then, invented for his great-grandmother:

"George is only two-and-a-half, and he calls her 'Gan-Gan.' She always leaves a little gift or something in their room when we go and stay, and that just shows her love for the family." 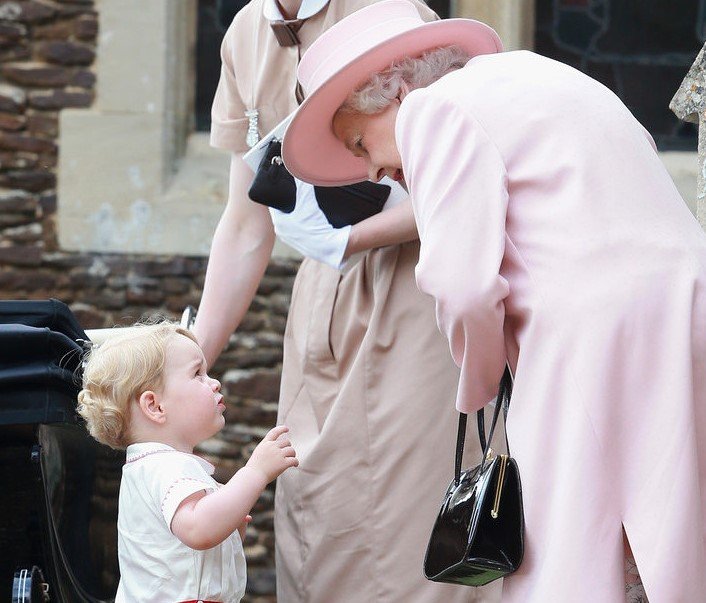 In this case, the apple did not fall far from the tree. Before little George started to call Queen Elizabeth 'Gan-Gan,' his own father William came up with 'Gary' as his way to call his grandmother since he couldn't pronounce "granny."

The Queen also has a couple of other nicknames. According to Hello! Magazine, "Lilibet" is the Queen’s nickname of endearment because she could not pronounce her name and her grandparents, mother, and father stuck with it for their little princess. 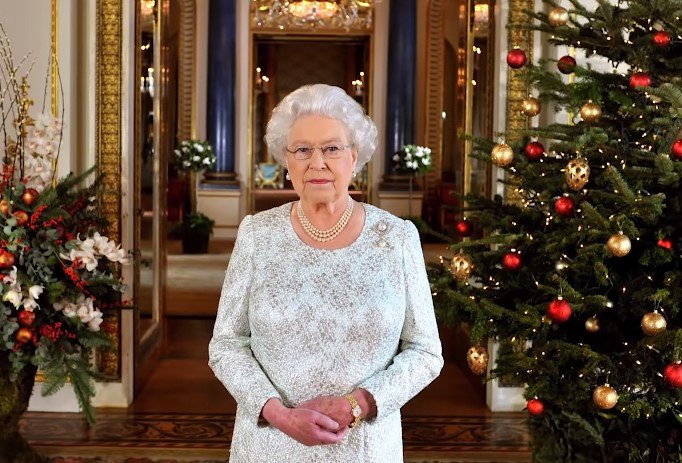 Prince Phillip, played by James Cromwell in the 2006 fictional film 'The Queen,' calls Queen Elizabeth II "cabbage."  Shockingly, the real Prince refers to his wife by the leafy green vegetable at times. It is a very particular nickname indeed! The Times said it could be a French origin from the phrase, "mon petit chou," which translates "my little cabbage." 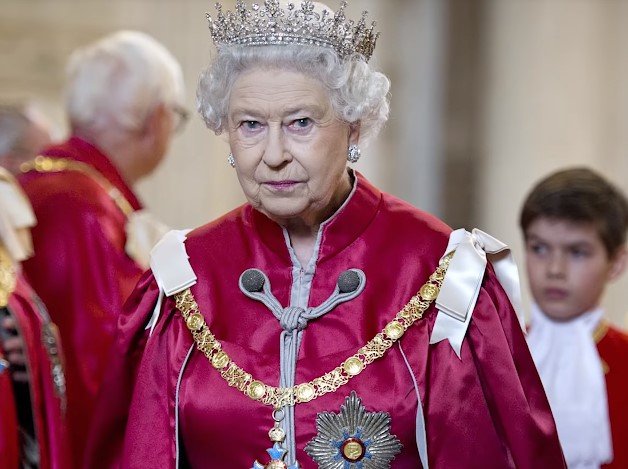 A FUNNY MONIKER FOR CHARLES

Prince George and Princess Charlotte have put a royal twist on their name for their grandfather, Prince Charles. According to Daily Mail, the royal children have taken a page out of their grandmother's book and opted for a sweeter nickname that is common.

They refer to Prince Charles as 'Grandpa Wales' in obvious reference to him being the Prince of Wales. But surprisingly, this moniker has some historical background because Queen Elizabeth II similarly used to call her grandfather George V 'Grandpa England.' 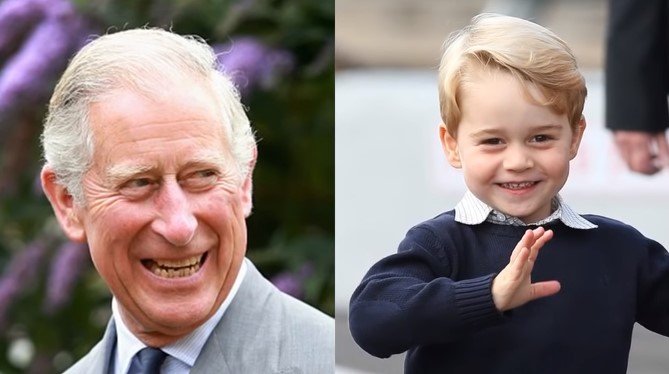 KEEPING IT BRITISH WITH KATE

William refers to his wife as Catherine during interviews and engagements. In private, the Prince addresses her as Kate. But according to Express, William regularly calls her 'poppet' in public as well. Although it is not common in the United States, it’s a British term of affection meaning "sweet or pretty child." 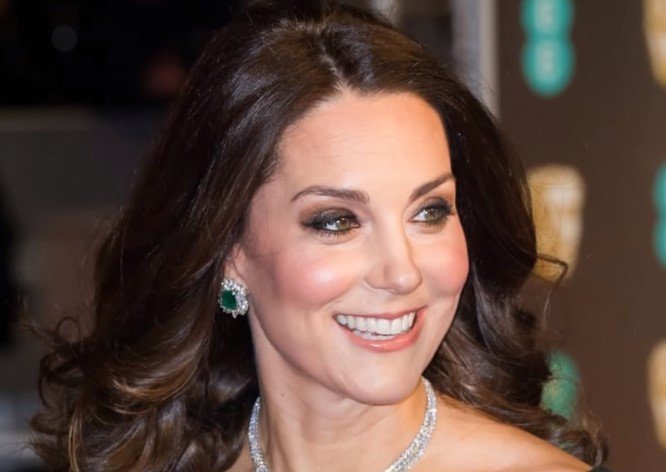 FROM TENDER TO TOUGH FOR MEGHAN

Harry tends to call his wife in a friendly and relaxed way by simply saying 'Meg.' But the moniker that Meghan’s mom, Doria Ragland uses gets the prize for sweetness and tenderness as there is no competition for 'flower.' It is not surprising from a mother that loves her daughter.

But when the American-born former actress joined the royal family, she received another nickname from her father-in-law, Prince Charles. Royal sources told the Mirror that the Prince of Wales calls the Duchess of Sussex 'Tungsten' because she is as strong as the metal. 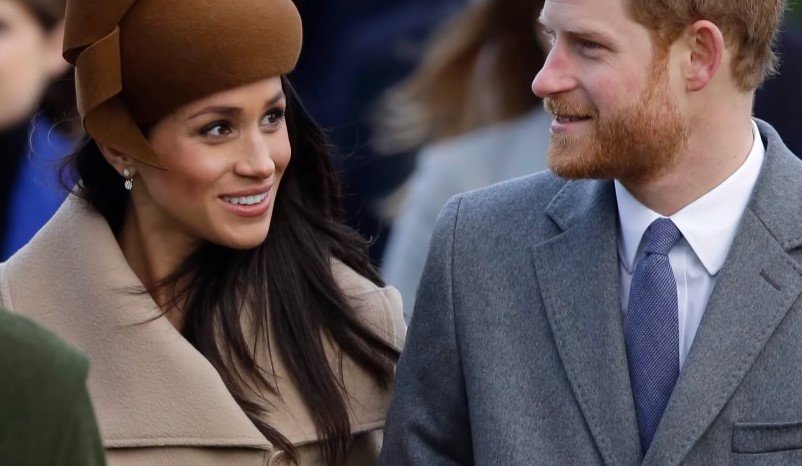 A WIDE VARIETY FOR HARRY

At a gala performance of Hamilton to benefit Sentebale, we got to hear how Duchess Meghan calls her hubby: love. The Prince is also known in his family as 'Ginger,' and this one needs no further explanation. When he was younger, his buddies used to call him 'Spike Wells,' a nickname the very Harry used to create a covert Facebook account in his teenage years. 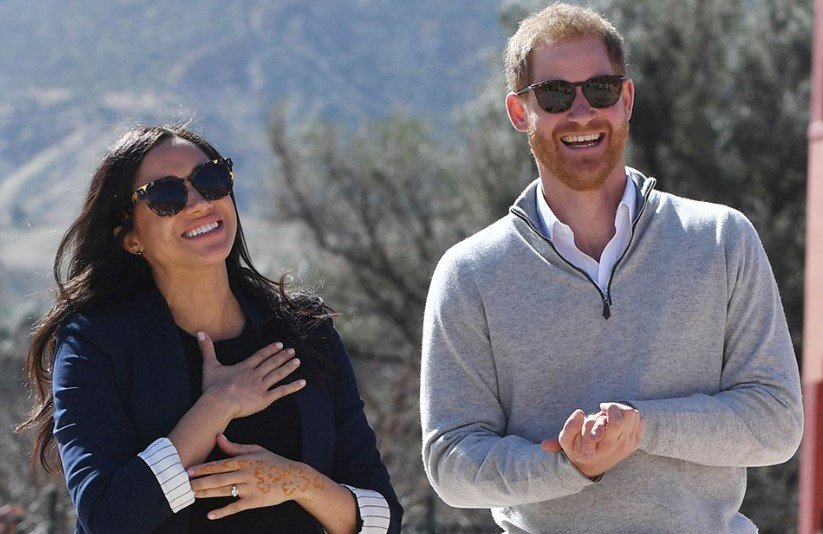 Daily Mail informed that the visits of Prince Charles' grandchildren are fondly described as "bedlam," a loving way to call what is likely the typical chaos whenever kids are around. Charles mainly referred to Prince George and Princess Charlotte. But we're sure that Prince Louis will join his siblings soon, and baby Sussex later on. And speaking of which... 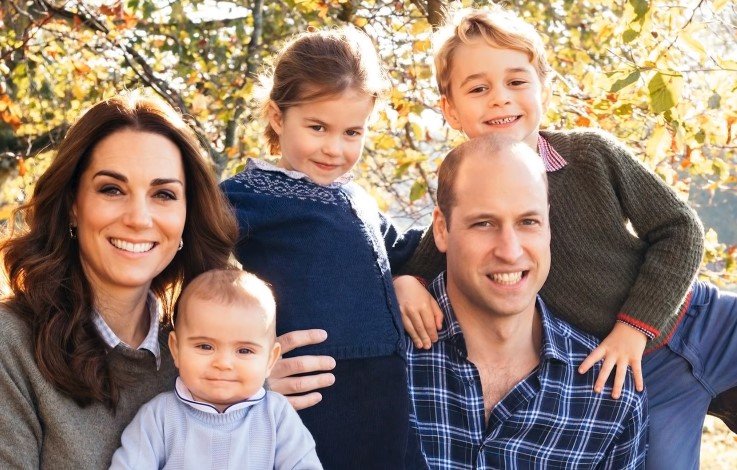 A CHARMING NICKNAME FOR THE UPCOMING KID

No one can deny that Meghan and Harry are over the moon with their first child since they expressed their desires to start a family even before getting married. And now their wish is soon to become a reality as their firstborn is expected to be welcomed to this world in the upcoming months.

And this child, like most of the little royals, has brought a lot of speculation, from the gender and name to even the appearance and personality. But to calm down the anxious fans, Prince Harry took out one enigma off the list when he revealed the nickname of his child. 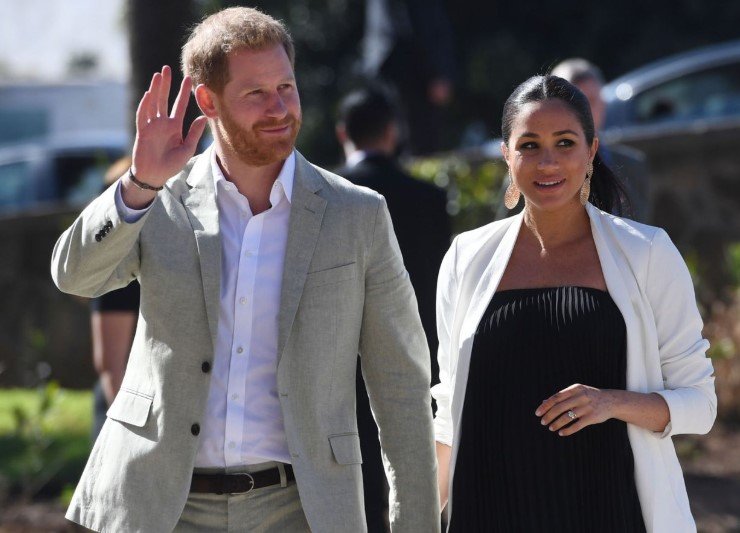 According to USA Today, the royal couple was on its first royal tour back in October 2018 for the moment of the revelation. During one of the stops in New Zealand, the Duke of Sussex brought sunshine to a rainy day when he spilled the beans about the adorable nickname for his first child.

Of course, let's keep in mind that the gender of the infant, per tradition, has been closely guarded until he or she is born. Even the parents-to-be have claimed they don't have an idea whether the child will be a boy or a girl, indicating they will be as surprised as anyone else to find out. 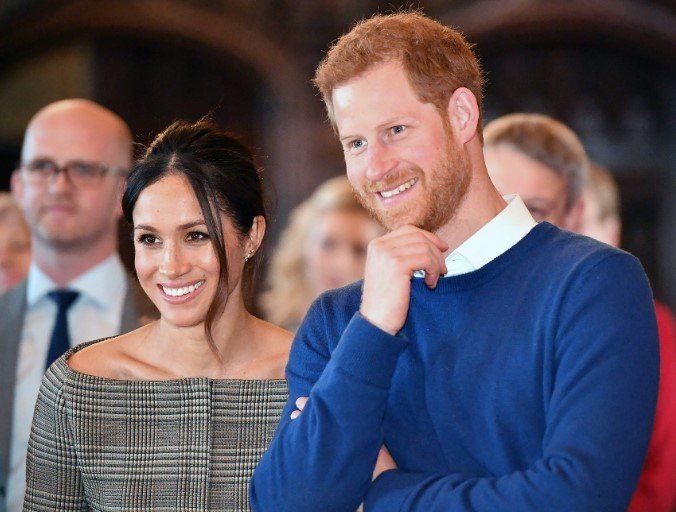 Nevertheless, the good news is that the nickname is perfectly gender-neutral. We bet it was not easy for Harry to come up with that! Per USA Today's report, the Prince was talking to the public in New Zealand when he made a comment that was undoubtedly received with smiles and hearty laughter:

"From myself and my wife and our little bump, we are so grateful to be here. The rain is a blessing on all of us, and for us, it's very important to be here to be reminded of how we are connected to the land."

"Little bump" couldn't be any cuter, but it is not the only nickname for the baby. According to CheatSheet, the father-to-be has also mentioned his offspring as his "royal-to-be," and both monikers clearly convey his excitement to welcome his first child. 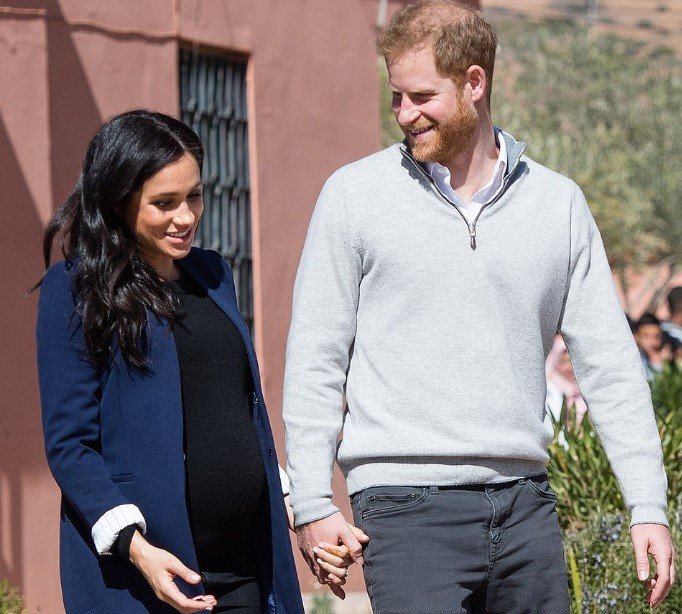 We bet Meg and Harry will come up with more nicknames once they know the baby's gender, but so far, so good, right? What do you think about the monikers for baby Sussex? Share your opinion with us in the comment section! And don't forget to read more of our articles to keep up-to-date with our favorite royals. Until next time!

Mar 15, 2019
Princes William and Harry: Chances To Become King For Each Of Them Compared
Popular articles