HomeMeghan Markle's UnPopularity Might Be Getting Closer To That Of Camilla

Meghan Markle's UnPopularity Might Be Getting Closer To That Of Camilla

Meghan Markle might have been used to the spotlight in Hollywood, but things are definitely different now that she married into the British Royal family. People have focused on her thoroughly with tons of rumors and made-up stories. Right after her wedding, the media praised her as the next Diana, but everything has turned around. The Duchess might be just as unpopular as another noble wife. Let’s find out who and why!

THE RUMORS HAVE BEEN RELENTLESS

Unfortunately, sometime between her wedding last May and the beginning of 2019, the Duchess of Sussex started losing the favor of the people. Scandalous stories about her started popping out everywhere, and they involved any number of things – from feuds with Kate Middleton to problems with the Queen.

It can’t have been easy for her to receive such awful press during pregnancy, and the palace even announced that they would be taking measures to stop the hateful comments Meghan got online. Fortunately, the rumors about her feuding with the Duchess of Cambridge have lessened, but there was also talk about her bad behavior toward palace staff. Basically, the gossip never stops. 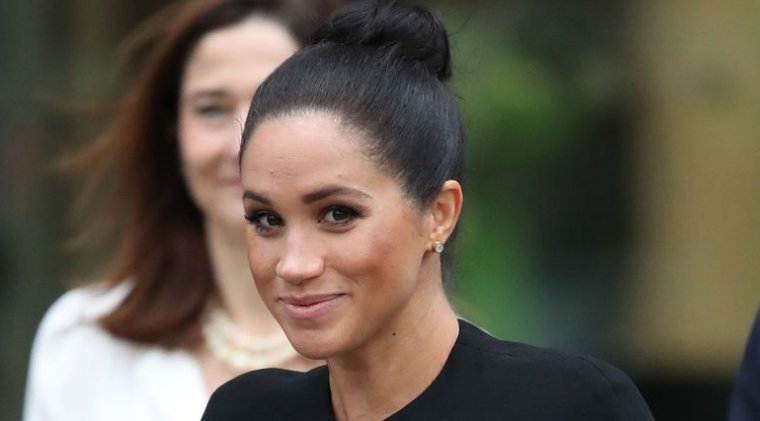 Fortunately, the palace has not discussed anything regarding that rumor, which means that it is most likely not true. However, her situation right now might be compared – at least, a little – to the Duchess of Cornwall, Camilla Parker-Bowles. 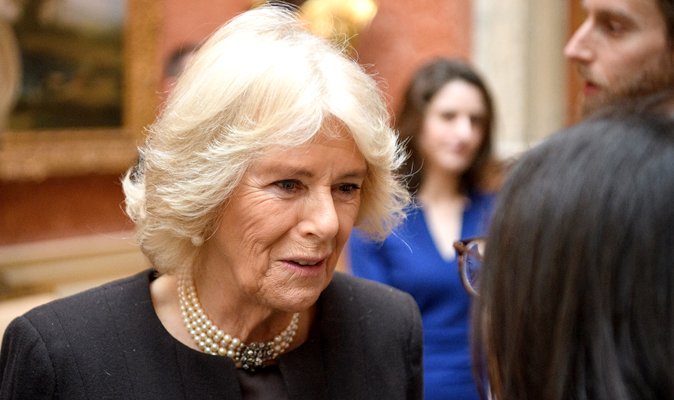 THE HATE TOWARDS CAMILLA

Anyone who follows the royal family knows that Camilla was basically painted as the villain in Princess Diana’s life. Many fans nowadays still hate her for her affair with Prince Charles and believe the only reason why they eventually divorced was her. Even the Prince’s popularity took a toll with the people when they discovered his infidelity as Diana was beloved and called the People’s Princess.

The couple signed their separation papers in 1996, and when Diana died on that fateful night in 1997, Camilla was even more disliked. Currently, there are even rumors that Camilla won’t be Prince Charles’ Queen Consort when he ascends the throne. The reason is that the majority of the British public does not want her as their queen, although as his wife, she is entitled to the position. 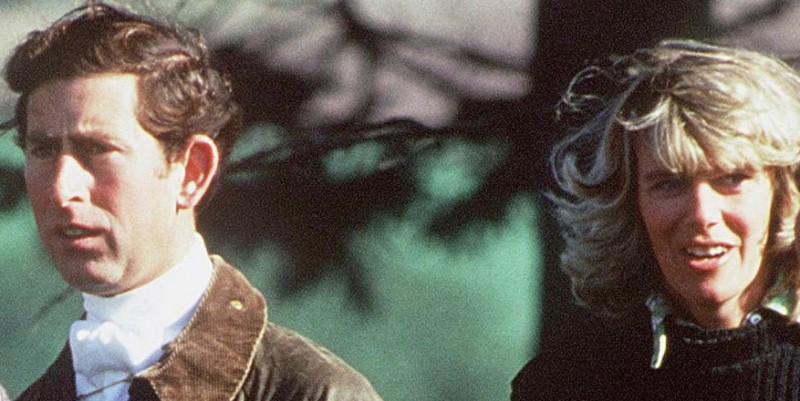 Luckily, Meghan Markle’s situation is not the same at all. She and Prince Harry fell in love normally without anything sordid. An affair will always be the subject of scandal and gossip. The only real problems that the Duchess of Sussex has faced were with her father, Thomas Markle, and her half-sibling, Samantha.

Therefore, she is still more accepted by the British people than Camilla, which is amazing because the Duchess of Cornwall has been married to Prince Charles since 2005. A recent poll revealed that in terms of positivity rating, Camilla is still way below Meghan with 29%. Meanwhile, the former actress has 55% approval. 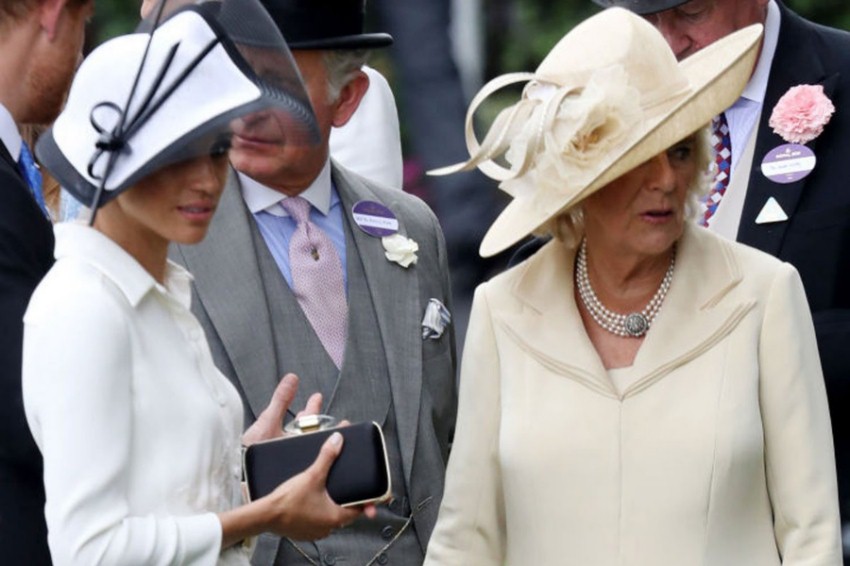 It is not all bad for Prince Charles’ wife, however, as the poll also said that they liked her down-to-earth ways, and Meghan is admired for her confidence and charisma. Despite the problems with the media and some hateful comments online, the Duchess of Sussex retains the favor of most people in Britain. 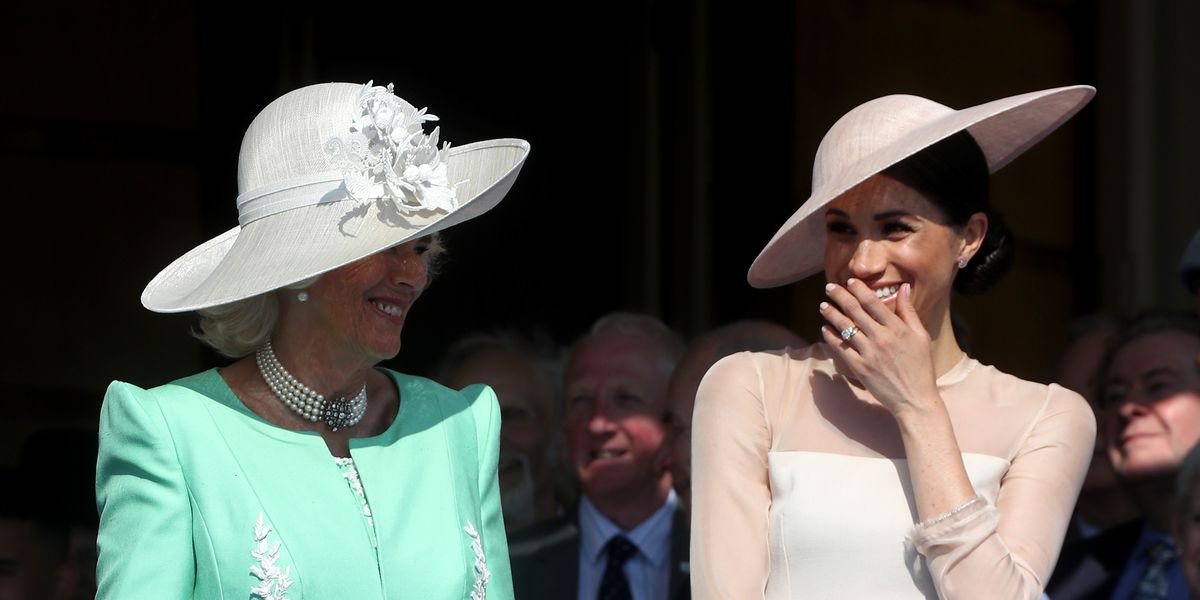 HER POPULARITY WILL INCREASE

Almost a year after their wedding, Meghan lost a lot of popularity with followers of the royal family. However, it is very likely that the bad press will tire of the same old rumors with no substantiated evidence. And there is another reason: she has a baby on the way. Her child will be born at any moment from now.

Baby Sussex’s birth is expected to increase Meghan’s standing as the public will see her becoming a mother for the first time. They will also enjoy seeing the smile on Prince Harry’s face as he raises their child with love. Becoming a father will sooth some of the wounds in his soul as Harry was just 12 years old at the time of Diana’s death. 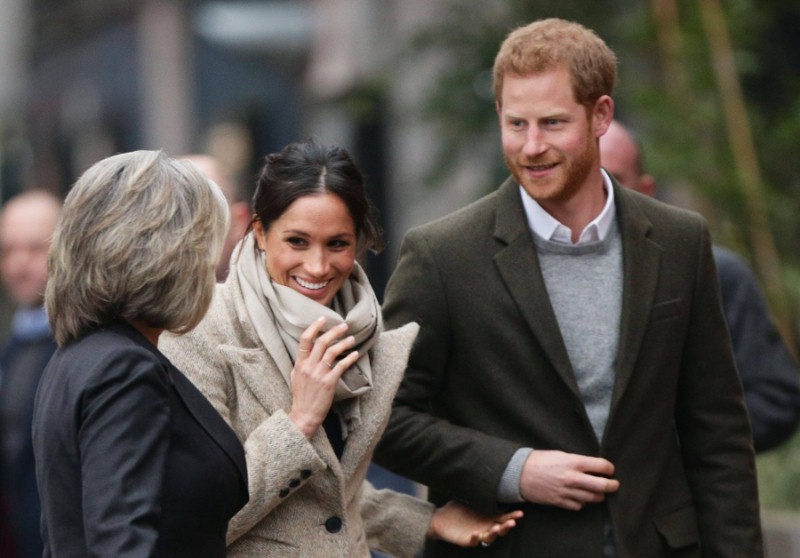 Meghan will earn the respect of the people that had to watch the prince go through his rebellious years because of the pain of losing his mother. Camilla is not as hated as she once was. So, the Duchess of Sussex will earn the favor of the press once again. 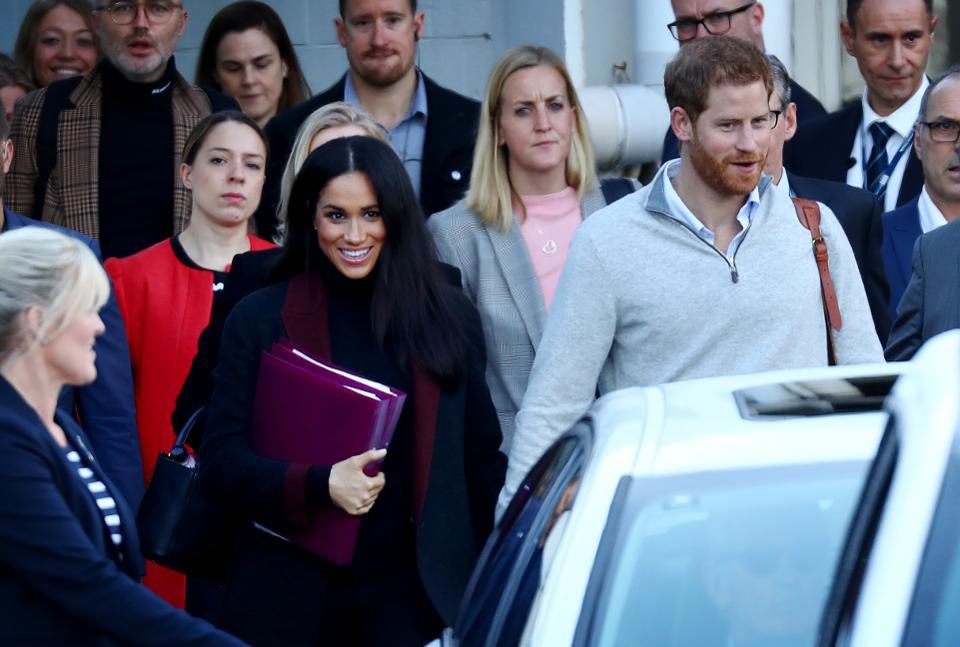 WHEN DID SHE START LOSING POPULARITY?

Even before her wedding, some outlets started reporting on the fact that Meghan might be a social climber. Royal biographer Andrew Morton said that Meghan left her previous husband once her acting career took off and also added that Princess Diana was Markle’s idol. In October 2018, the couple announced that they were expecting a child, but people had one criticism. 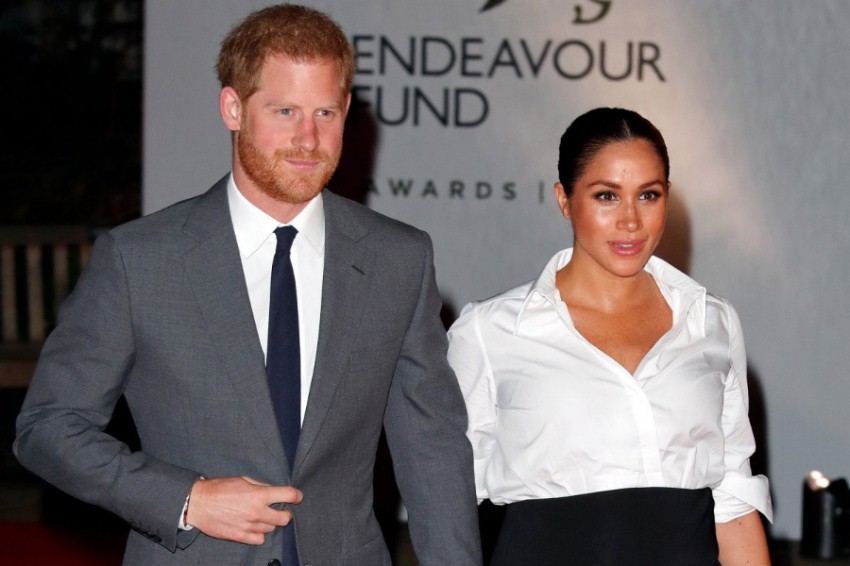 Stories came out stating that some of the royals were not happy with the news because the couple allegedly revealed it at Princess Eugenie’s wedding. They announced it publicly just a few days later. During their first royal tour, Meghan had several opportunities to make speeches, and some criticized her for enjoying the spotlight too much.

It is definitely hard to pinpoint exactly when the media started turning against the Duchess, but even the tiniest wrong move or word can spark negative headlines. Some of the reports in the last few weeks have called her a diva and a difficult person to work for. They have also said that both Meghan and Harry threw tantrums right before their wedding and had to be scolded by the Queen, although there is no evidence to those. 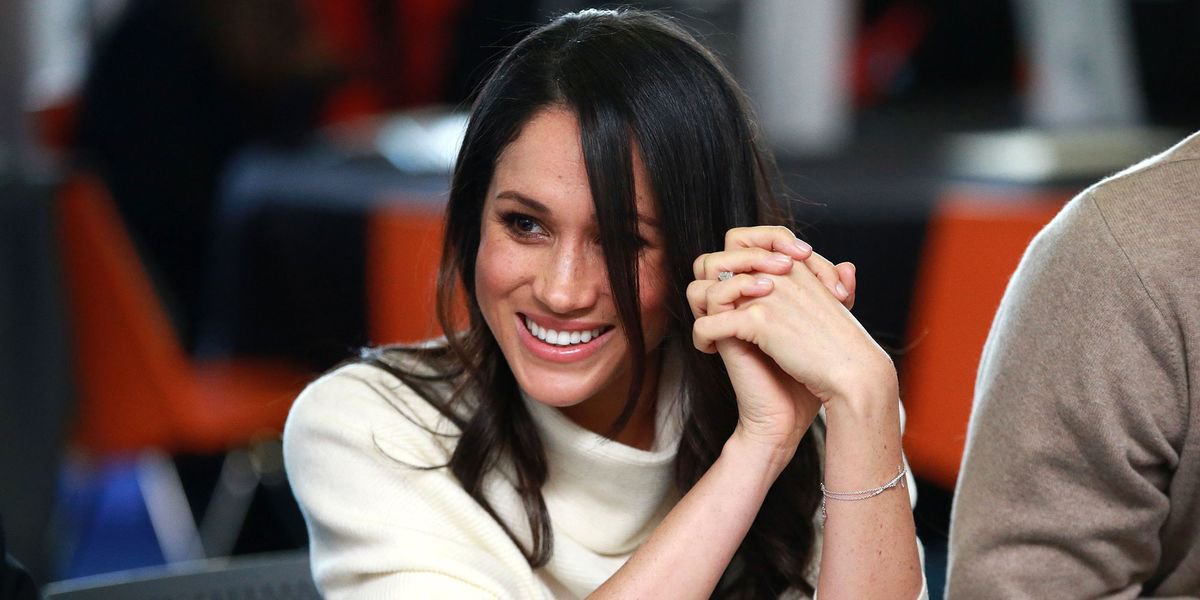 A few months ago, speculation stated that Meghan had made Kate Middleton cry, and the Duchess of Cambridge is loved by people. She is married to Prince William, who will become King after his father. Therefore, Kate will be Queen consort, and the public admires her for it. Feuding between in-laws, though, is often loved by gossip rags. 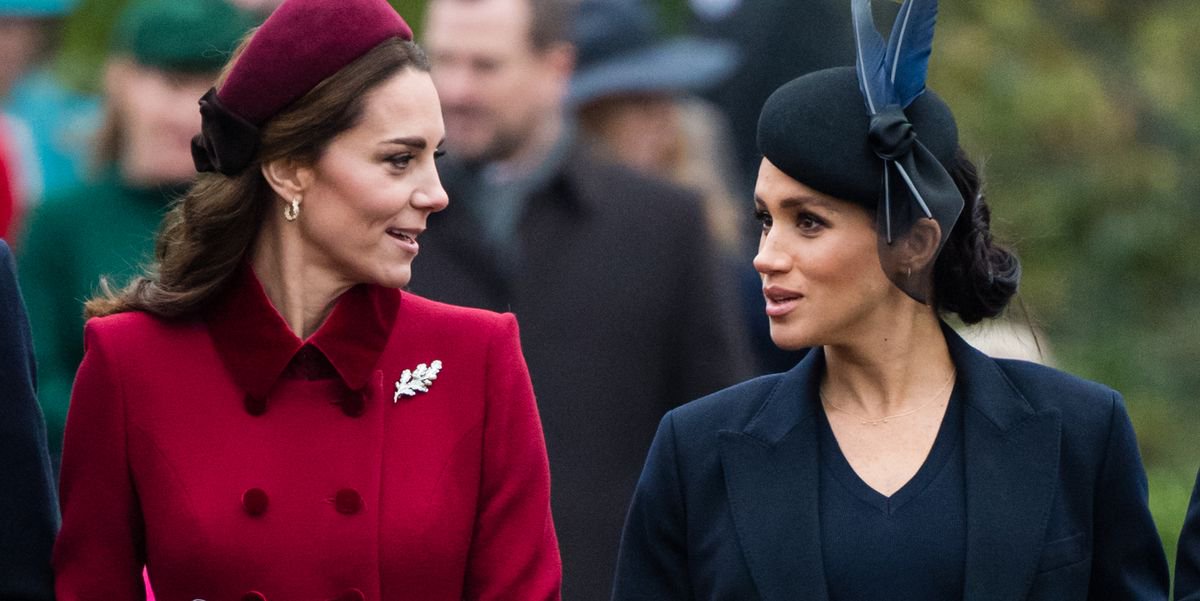 Of course, most of those have proven not true, but the media keeps coming up with more reasons to rally against the Duchess of Sussex. Let us know why you think the press turned on Meghan. If you liked this article, share it with your friends who love learning more about the former actress. See you next time!