We are halfway through April, and everyone is getting anxious about the birth of the royal baby. Some people might have lost their bets already. Speculation about Meghan’s due date has run rampant over the last few months, but some fans apparently discovered information that pinpoints a specific date for the birth. Let’s find out what it entails! 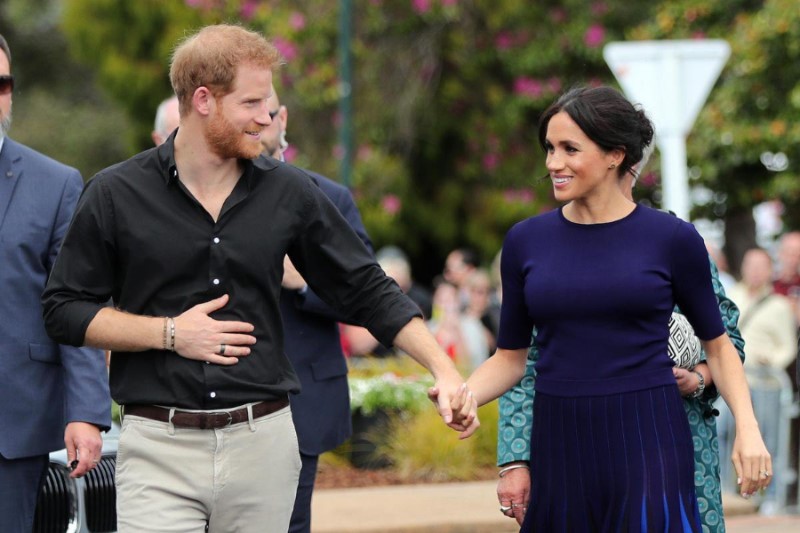 THE UNKNOWN DUE DATE

The British noble family members are experts at keeping secrets and appearances. They try to maintain their private lives away from the public as much as possible considering the fact that photographers always follow them. However, Prince Charles and his wife, Camilla Parker-Bowles, might have accidentally let something slip about the birth of their grandchild.

Predictions stated that Meghan and Harry’s baby would be born sometime in April or May, which means that the former actress can go into labor any day now. Fortunately, the Duchess of Sussex has taken maternity leave while getting ready for the arrival of their new baby. Meanwhile, Prince Harry kept his royal agenda with several official engagements last week. 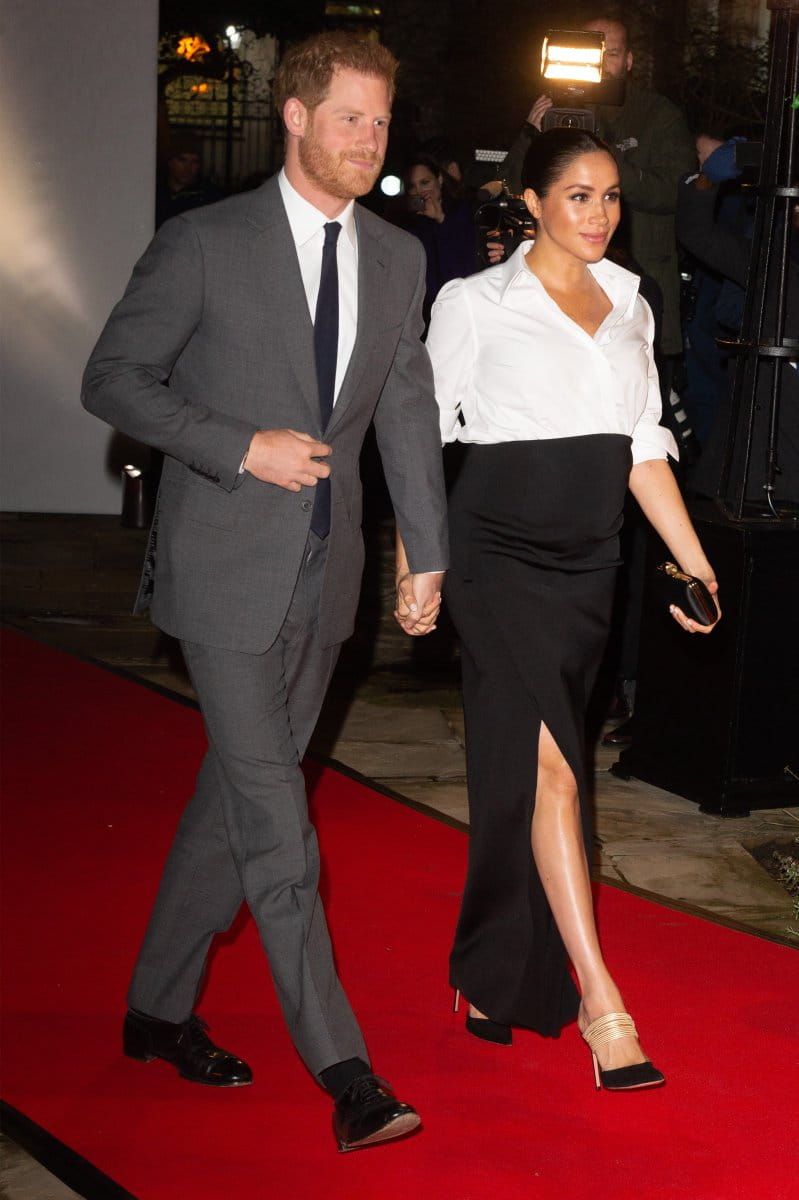 However, Prince Charles and the Duchess of Cornwall announced that they will start a three-day tour of Germany on May 7th. Fans know that the Prince of Wales is ecstatic about his coming grandchild, and so, they believe that the baby might be born by that date. They definitely would not want to miss the important event. 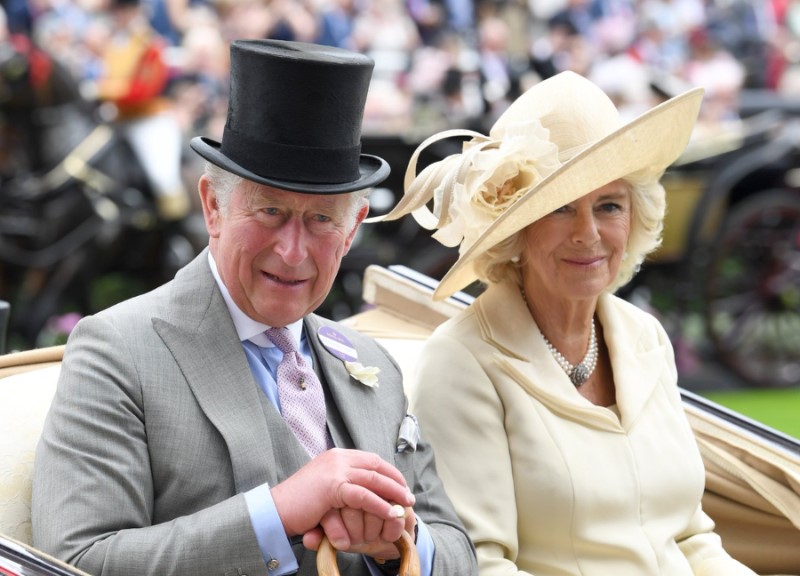 COULD THE BABY HAVE ARRIVED ALREADY?

The news of Camilla and Charles’ trip comes just after another Palace statement. It indicated that Prince Harry and Meghan will keep the details of the birth private. Most fans have taken this to mean that they won’t have a conventional birth at St. Mary’s Lindo Wing in London. Instead, they will have a home birth with their family and will reveal the news later to the public.

Considering how private they are acting, people think that the Sussex baby was already born. It would make sense if the couple decided to keep things secret while they get settled, take the baby to their new home at Frogmore Cottage, and then make a public statement. If this is true, Prince Charles’s Germany plans wouldn’t coincide with the birth of his grandbaby. However, there is also the chance that the baby will come on the first days of May. 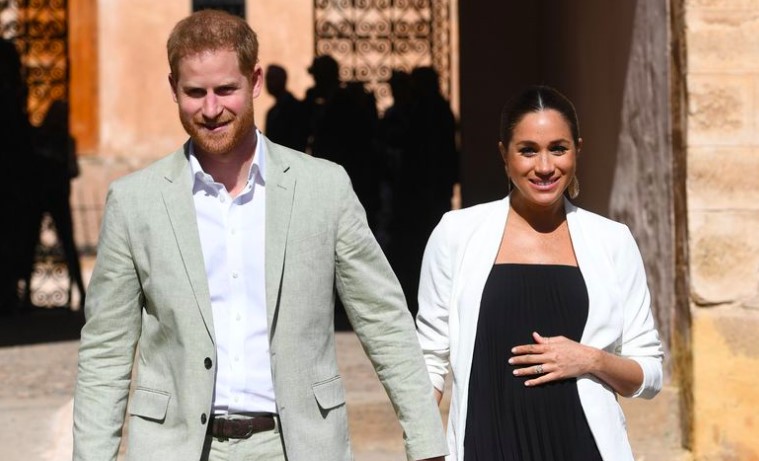 Since their wedding in May 2018, people started watching Meghan for any signs that she might be pregnant, and on October 15, 2018, they confirmed it. Kensington Palace also announced that the Duchess of Sussex had gone to her 12-week scan, and everything was going well. Most couples wait for the first trimester to end before announcing their news to others.

The reason is that during the first three months of pregnancy there is a higher chance of miscarriage. Luckily, everything has flown smoothly for the Meghan and Harry. However, counting the days since the pregnancy announcement, it is way more likely that the former actress would give birth on April than May. She might just give birth the weekend of the ‘Avengers: Endgame’ premiere. 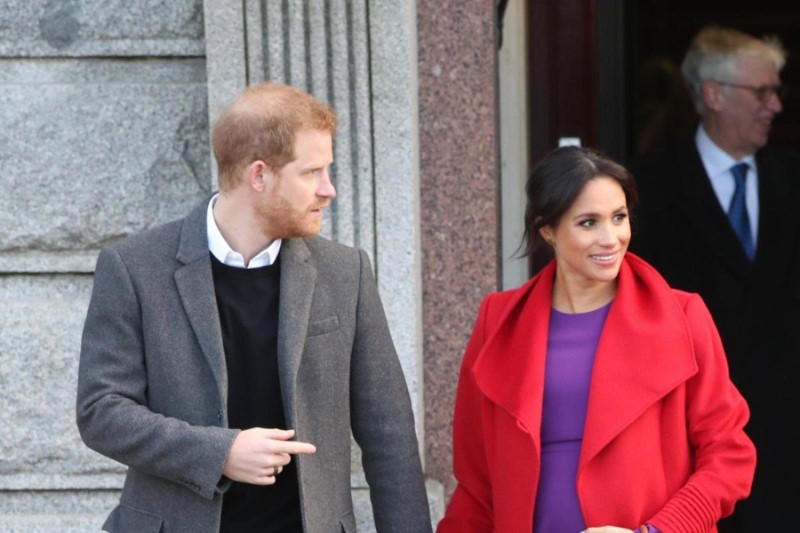 In any case, it is very likely that the royal baby will arrive in the world before or by May 7th. Sadly, we won’t have the same kind of pictures as Prince William and Kate Middleton had while exiting the Lindo Wing with their newborn. The Duke and Duchess of Cambridge gave the world two princes and a princess, and we cannot wait to see how Harry and Meghan will introduce their child. 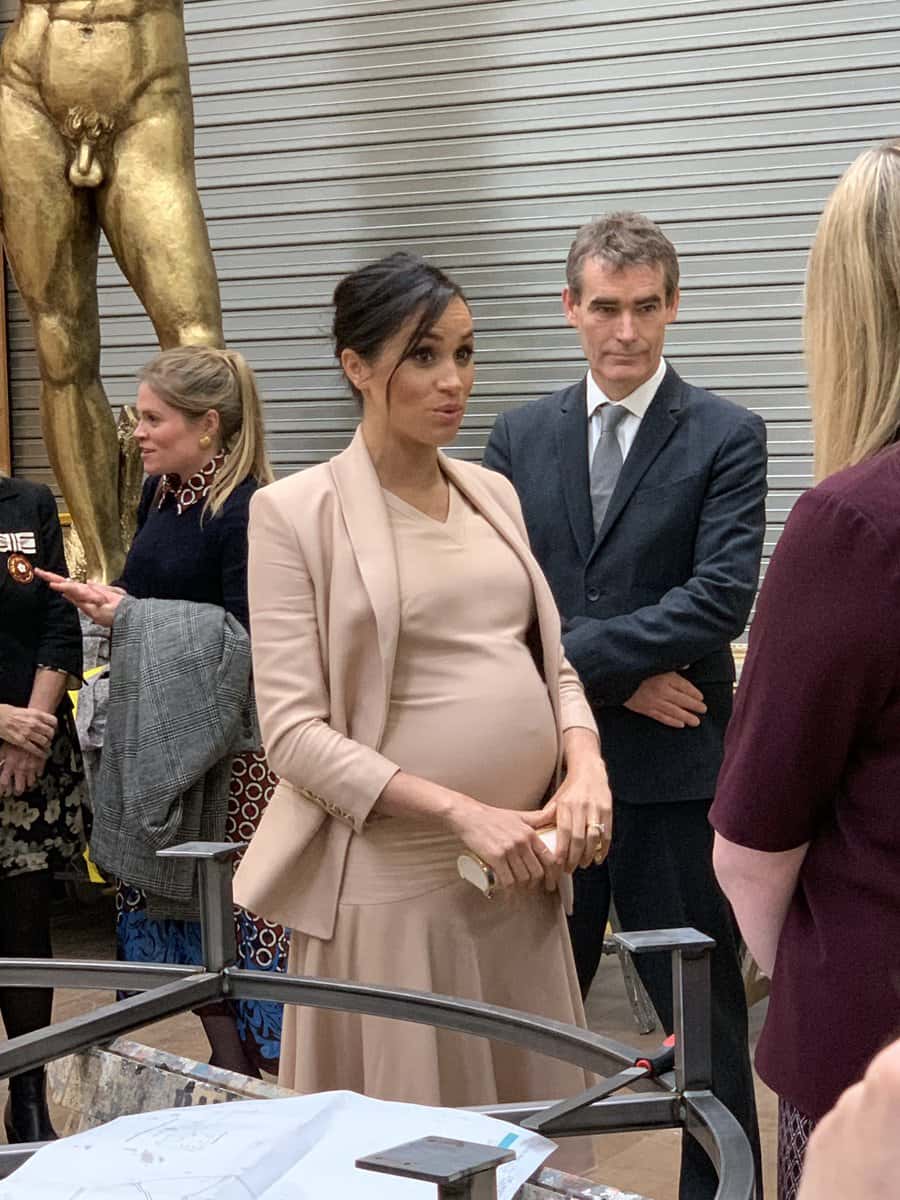 DOES THE QUEEN APPROVE OF MEGHAN’S PLANS?

Buckingham Palace released a statement about the upcoming royal birth,

“The Duke and Duchess of Sussex are very grateful for the goodwill they have received from people throughout the United Kingdom and around the world as they prepare to welcome their baby. Their Royal Highnesses have taken a personal decision to keep the plans around the arrival of their baby private. The Duke and Duchess look forward to sharing the exciting news with everyone once they have had an opportunity to celebrate privately as a new family.” 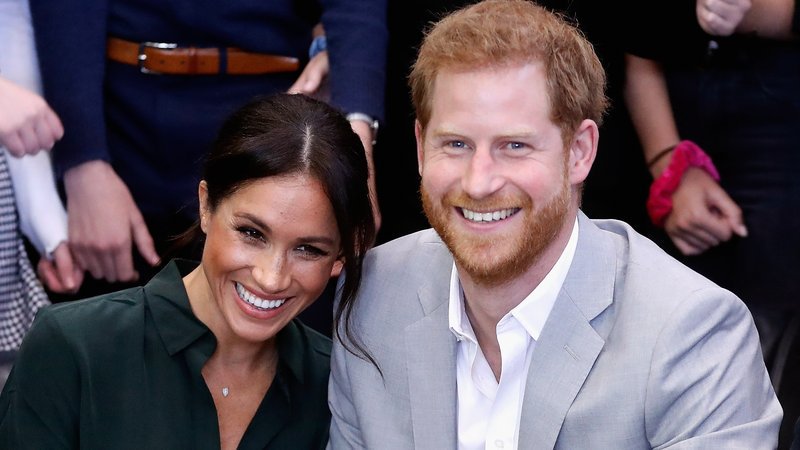 Some media outlets are reporting that Meghan is seriously leaning toward a homebirth for her baby. While it is definitely unexpected because we live in the era of modern medicine and technology, it is not an insane notion. Other reports said that the former actress was deciding between hospitals or if the baby should be born in America.

When they announced their move to Frogmore Cottage, fans thought that Baby Sussex would arrive at Frimley Park hospital, which is really close. However, a homebirth might be the best choice for her. On the other hand, as soon as Kate Middleton went into labor, the press was informed. 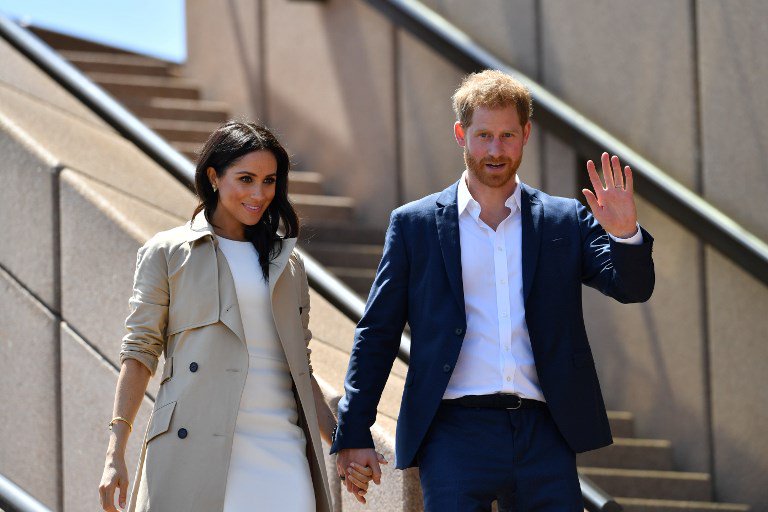 This allowed them, and fans, to gather outside the Lindo Wing for the photo-op. It feels like only yesterday when Kate delivered her third child, Prince Louis. However, as mentioned earlier, the Duke and Duchess of Sussex will wait to present their baby to the public. No one knows exactly how they will show him or her to the world, but Meghan’s mother, Doria Ragland, will be with her daughter. Meghan could even have twins!

In terms of what Queen Elizabeth II thinks, it seems that she is on board with the plan. She actually states it’s better for the Sussex baby to be kept a secret for a while. Meghan will have time to rest, and Harry will learn about fatherhood. The rest of the family will also be celebrating privately. It is only natural that the Queen approves of this choice because of her own experience. 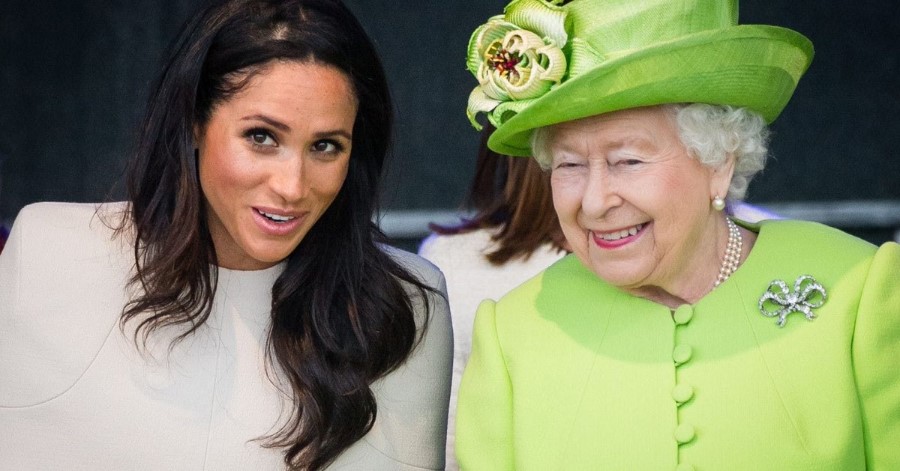 After all, she gave birth to her four children at home. Her sons were born at Buckingham Palace, while Princess Anne arrived in Clarence House. This happened because Buckingham was going through some renovations after World War II, and Elizabeth along with her husband, Prince Philip, were living at the other estate. Clarence House is the current residence of Prince Charles and his wife. 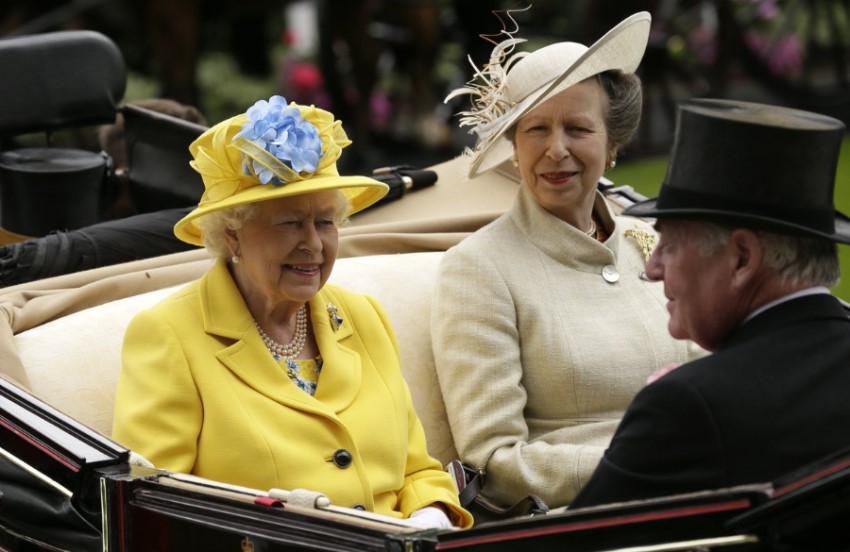 Even a home birth can be safe, and Meghan will surely be surrounded by experts. Let us know what you think about home births versus going to a hospital. If you liked this article, share it with your friends who have bet on the due date of the Sussex baby. See you next time!