HomeRoyal Baby Announcement: How Prince Harry and Meghan Markle May Inform The World About The Baby

Royal Baby Announcement: How Prince Harry and Meghan Markle May Inform The World About The Baby

We know that baby Sussex has been a bit slow in coming but well worth waiting for. The Duchess of Sussex is believed to be only days away from the arrival of her firstborn alongside Prince Harry. And although the due date isn't yet confirmed, we do know it's imminent.

We know you're as anxious as us, so while we look forward to the birth, let us quench your royal thirst with a roundup of everything we know about baby Sussex' delivery. We have all the details including the announcement, birthplace, and so much more. Don't wait any longer and scroll down! 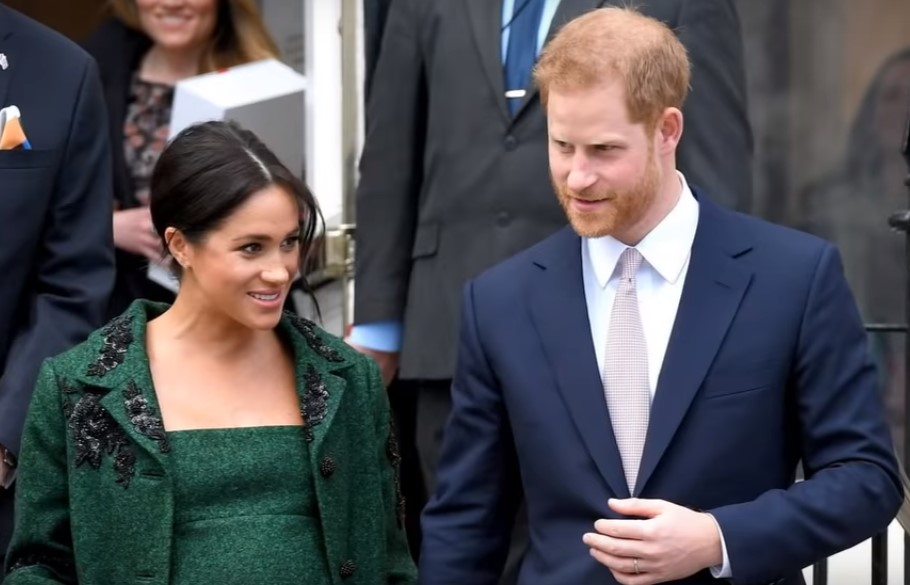 GRANDMA TO THE RESCUE

Meghan and her mom, Doria Ragland, are known to be very close. Therefore, it's more than understandable that she'll have a pivotal role in the upbringing of her first grandchild, providing the needed support to Meghan and Harry as they settle into parenthood.

Some months ago, Express reported that Meghan had allegedly bought an apartment in London for her mother in 2018. This is for the yoga instructor to split her time between LA, where she has her residence, and the UK. She presumably wants to take care of the baby personally, but the impending relocation to Britain is yet to be verified. 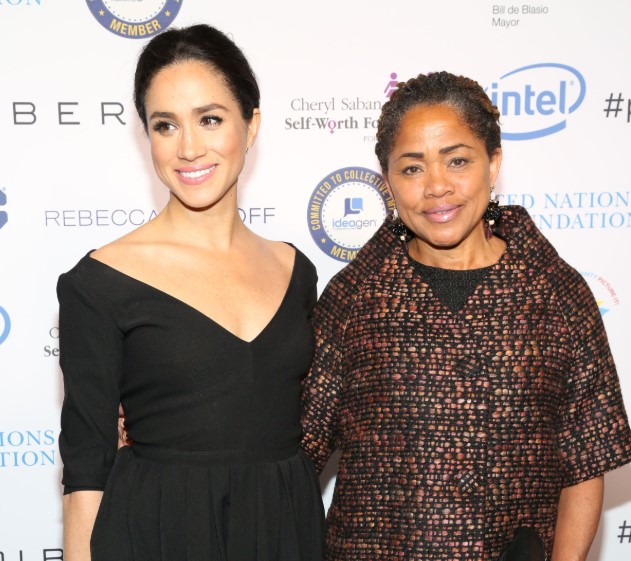 Moreover, we also knew, by Vanity Fair's report, that there's a spare room for Ragland in the Duke and Duchess' new residence: Frogmore Cottage. Part of the remodeling that was done in the royal house included a nursery for the baby and a bedroom for grandma, apart from other spaces and some fittings.

And now Harper's Bazaar noted that Ragland has been a guest at the Sussexes' fresh love nest since April 16. There's no doubt she's helped her daughter a lot in the run-up to the royal birth. As The Sun explained, the idea was for the 62-year-old yogi to be in the UK for Markle's British baby shower and then to stay there for a while. 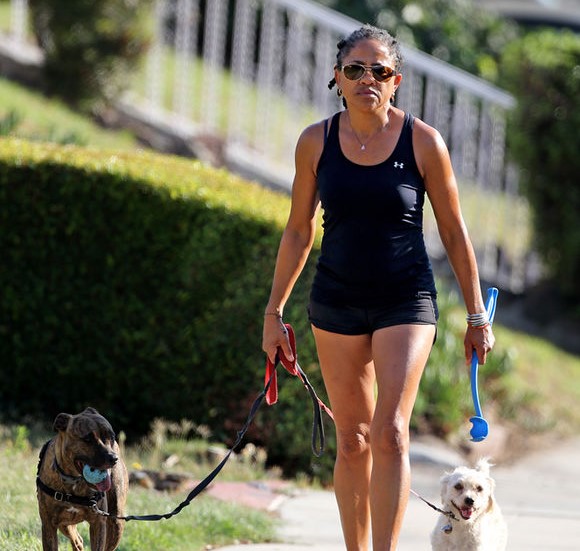 SAD NEWS FOR US

Duchess Meghan seems to be secluding herself now that the birth is sooner than ever. She was absent from the Queen's birthday on April 21st, and that might have been only the beginning of an imminent retreat from the public eye. According to Pop Culture, the mother-to-be was probably pretty busy getting settled in her new royal residence, Frogmore Cottage.

But fortunately, she was not alone. Apart from her mom, the source also reported that it's very likely some of her closest friends were there helping prepare the arrival of baby Sussex. And the secrecy surrounding the childbirth was even announced beforehand. 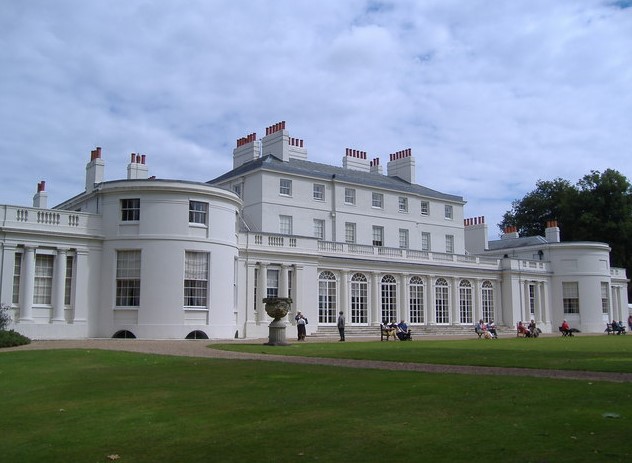 The pregnant royal and her hubby wished to have privacy in the last days of her gestation. Through an official royal communication from Buckingham Palace earlier this month, it was informed that the Duke and Duchess were thankful for people's goodwill during their preparation to welcome their firstborn. The statement further read:

"Their Royal Highnesses have taken a personal decision to keep plans around the arrival of their baby private. The Duke and Duchess look forward to sharing the exciting news with everyone once they have had an opportunity to celebrate privately as a new family."

Buckingham Palace has announced this morning that the Duke and Duchess of Sussex have decided to keep the plans regarding the birth of their baby private. It’s entirely possible the news of the birth will come a day or so after he/she is born. pic.twitter.com/bGSsQaOQ3q

As Town & Country explained, Kensington Palace publicly affirmed Markle's pregnancy on October 15, indicating that the baby was due in the spring of 2019. Translation? The arrival could have been as early as March and as late as the end of May. Can you imagine having to wait one more month?

However, since the announcement, several royal correspondents defined that the date was early April, but we now understand they weren't right. During a visit to Birkenhead in January, the mother-to-be allegedly dropped a subtle hint to a member of the crowd confirming that she was six-month pregnant and due around April.

And we got the latest clue hidden in the American's jewelry. As you can imagine, royal enthusiasts have kept their eyes peeled, looking for any hint about the little royal's birth. And now there's a whole theory surrounding the stacked ring the Duchess wore in Sydney last year.

As Cosmopolitan explained, a royal fan believes the three stones in the piece of jewelry represent the birthstones of the Sussex family: the blue sapphire is for those whose bday is in September (Harry). The green peridot is for people born in August (Meghan), and the white diamond for the birthday people in April. The month is almost over, but we still have a chance of confirming whether this theory is correct or not.

As per tradition, all royal children since Diana's sons were born at the Lindo wing of St. Mary's Hospital in Paddington, London. Prince Anne and Kate Middleton decided to follow in the late Princess' footsteps by giving birth to her kids at the private maternity ward.

Nevertheless, Meghan could do it her way. A source revealed to Express that the Duchess of Sussex might opt for a new place for her baby to be born. "This child will not be born at the Lindo. Harry and Meghan realize there is intense public interest." 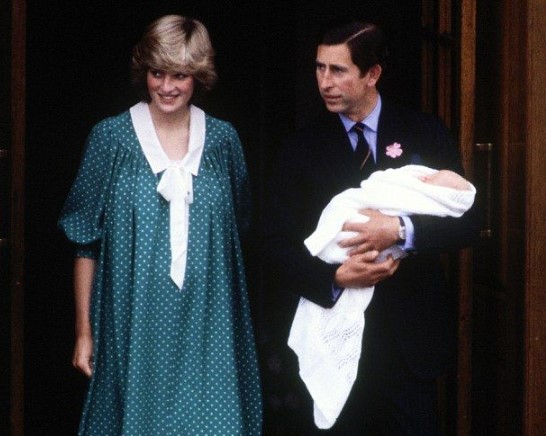 The source also noted that since the child is not a direct heir to the British throne like Prince George or Princess Charlotte, they desire the birth to be as private as possible. Rumor has it that the welcoming might be at Frimley Park, a hospital located close to Frogmore Cottage in Surrey. But again, nothing is entirely certain at this stage.

AND NO TRADITIONAL PIC AT THE HOSPITAL

This means that we should not expect the usual photo shoot in the steps right outside the Lindo wing. Over the last decades, royal mothers have posed for pics with their baby in arms only a few hours after the birth. However, it's notable that the Sussex royals are skipping this part. 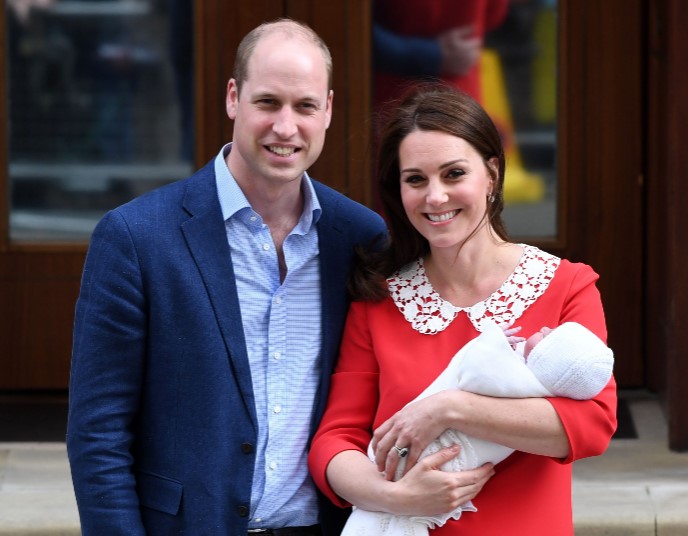 As Daily Star claimed, "Meghan is nervous about complications such as an emergency Caesarean and doesn't want the pressure of having to look immaculate on the hospital steps just hours later." Town & Country stated that the family would pose for a photo at some moment after birth. So, if you were hoping to get a glimpse of baby Sussex as soon as he or she is born, we're sorry to disappoint you!

Although the parents-to-be may choose the birthplace of their baby, it's very likely they do follow the long-standing tradition to inform the arrival of the seventh-in-line-to-the-throne. The royal practice is that the Queen is the first one to know about it, according to the source. 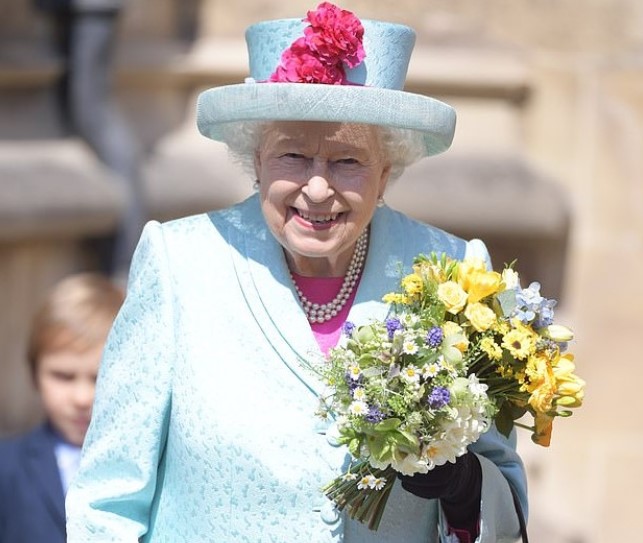 However, should the baby arrive in the middle of the night, the chances are that Her Majesty wouldn't be woken up, and the news could probably be delayed until the next morning. After the British monarch hears of the report, the excitement will be shared with the rest of the British and American relatives.

CNN also noted that, along with the family, the Prime Minister in the UK and the Head of each Commonwealth nation would also be informed. Tradition also dictates that the birth announcement is also made at Buckingham Palace through an official notice. 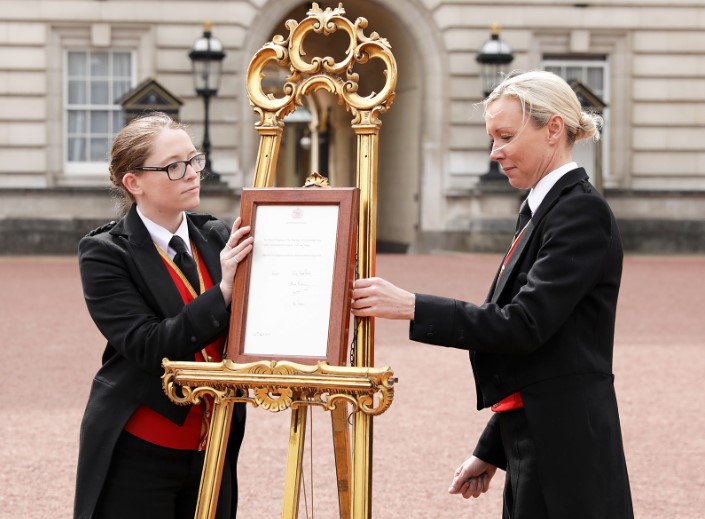 Under police guard, the notification is framed and placed on an easel outside the royal residence for the public to read. Traditionally, it includes the weight, time, and gender of the new royal baby. But no, no name is announced at this point. The long-awaited detail is typically shared some days later.

With Prince Louis, who just turned a year old, we had to wait four despairing days to find out his name. So once Harry and Meg are ready to let their baby know to the rest of the world, there's every likelihood they'll use their new Instagram account @Sussexroyal to do so, including (fingers crossed) the first portrait of their firstborn.

“Welcome to our official Instagram; we look forward to sharing the work that drives us, the causes we support, important announcements, and the opportunity to shine a light on key issues. We thank you for your support, and welcome you to @sussexroyal.”- Harry & Meghan

Wow! Those are quite a lot of details, right? What do you think about the less certain ones like the birthplace and due date? Tell us your opinion in the comment section, and stay tuned for more exciting articles. After all, we don't know when baby Sussex will arrive, so see you soon!