With Prince Harry and Meghan Markle’s wedding anniversary eventually coming up, we thought we’d take a step back and see how their big day compared to Prince William and Kate Middleton’s wedding in 2011. With both many similarities and many differences, here’s a list of the main comparisons. 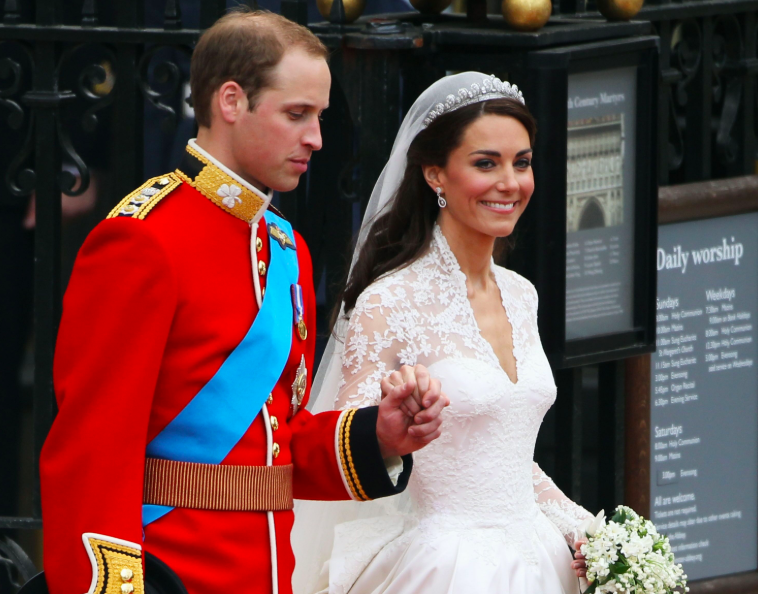 Middleton’s wedding dress cost around $434,000 to make and was designed by Sarah Burton for Alexander McQueen. It was a bespoke wedding gown, had a nine-foot-long train, with handmade lace made by the Royal School of Needlework. 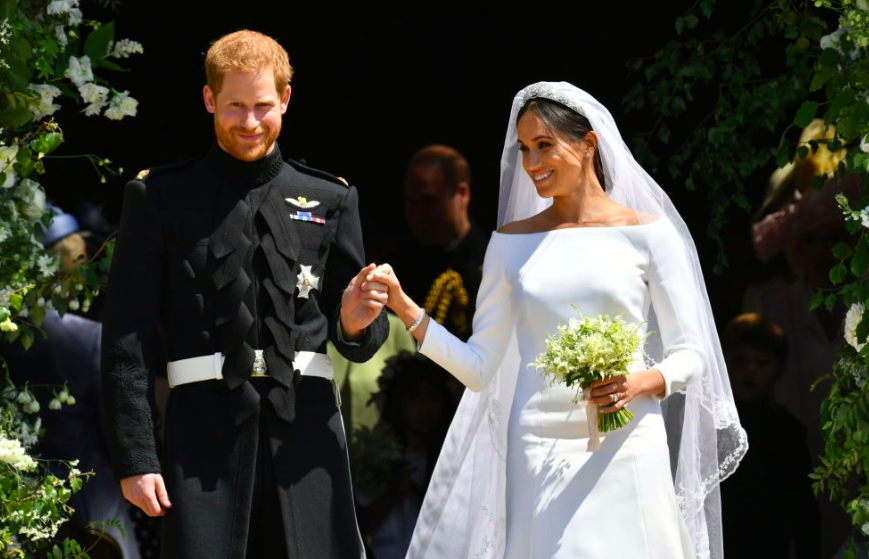 Everyone was surprised when Markle picked British designer Clare Waight Keller of Givenchy, to design the sleek and modern wedding gown she wore. Even though both of the royal women’s dresses had long sleeve, Meghan’s gown was untouched by lace or beading, and had a boat neckline, compared to Kate’s legendary v-neck gown. 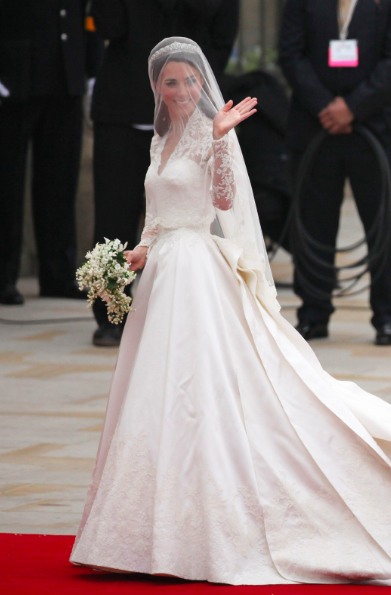 Middleton’s veil had flowers at the edges and was embroidered by the Royal School of Needlework.

The Duchess of Sussex's wedding dress has been designed by the acclaimed British designer, Clare Waight Keller. Ms. Waight Keller last year became the first female Artistic Director at the historic French fashion house Givenchy. Ms. Markle expressed the wish of having all 53 countries of the Commonwealth with her on her journey through the ceremony. Ms. Waight Keller designed a veil representing the distinctive flora of each Commonwealth country united in one spectacular floral composition #RoyalWedding

Meghan did the opposite of Kate. The bride opted for a short train and 16.5-foot-long veil, also designed by Clare Waight Keller for Givenchy, with embroidered flora from 53 countries of the Commonwealth.

The story behind Kate Middleton’s engagement ring will melt your heart https://t.co/URg6TOIfgm pic.twitter.com/8L3tflf86e

Thank you to everyone in Windsor and beyond for making today so special. It was an incredible day! #royalwedding

Markle, on the other hand, was gifted a custom ring by Prince Harry, which has a gold band, and two diamonds from Princess Diana’s personal collection. As a sweet gesture, Harry also added a center stone from Botswana, which holds special meaning since that’s where the couple apparently fell in love. 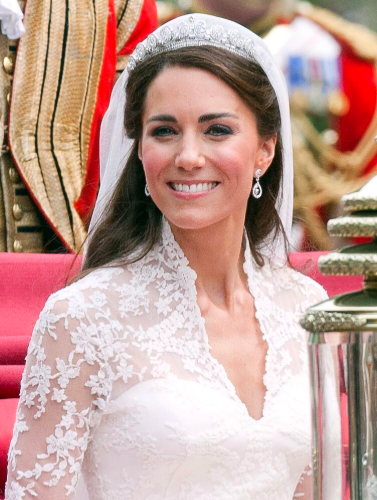 Kate Middleton opted for a Cartier halo tiara, loaned from the Queen who got it as a present when she turned 18.

Markle borrowed a tiara from Queen Elizabeth as well but instead chose Queen Mary’s bandeau tiara, which she inherited from Queen Mary, her grandmother. 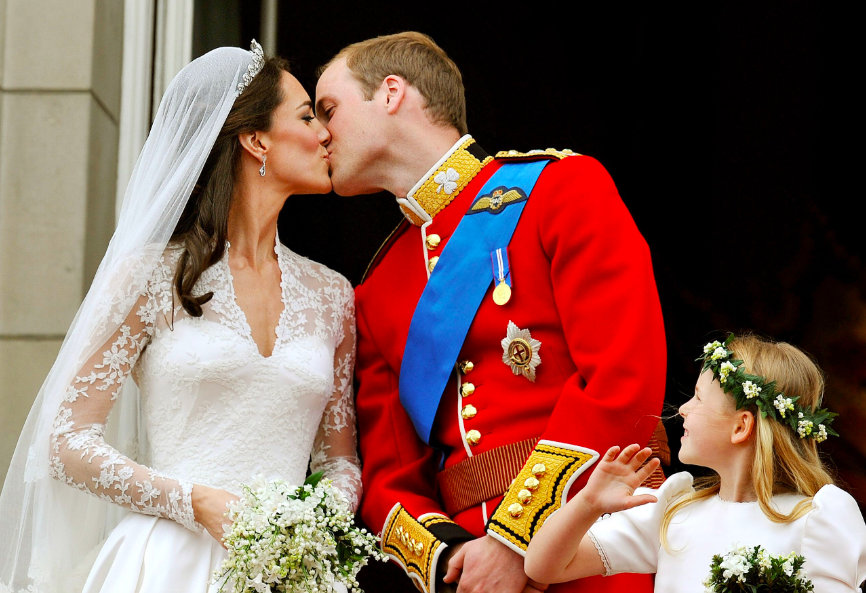 Kate chose to go with a traditional bouquet, which dates back to Queen Victoria’s wedding. It was all-white and small in size and had sweet William, lily of the valley, ivy, hyacinth, and a sprig of myrtle.

Meghan’s bouquet was a bit more personalized, thanks to Prince Harry. The prince reportedly handpicked some of the flowers and included his late mother’s favorite flower, forget-me-nots, as well as lily of the valley, sweet peas, astilbe, jasmine, astrantia, and a sprig of myrtle too.

14. Prince William and His Best Man

Caption: Prince Harry was Prince William's best man at his wedding to Kate in 2011 @KensingtonRoyal Palace confirmed earlier today that William will cover the important role at the May wedding. Kensington Palace tweeted: pic.twitter.com/IOLF9ZTfqa

Naturally, Prince Harry acted as his brother’s best man at his wedding with Kate Middleton, and both sported their military uniforms at the event.

13. Prince Harry and His Best Man

At Prince Harry’s wedding, the Duke of Cambridge returned the favor and acted as best man to his brother as well. But, this time, they wore the frockcoat uniform of the Blues and Royals, instead of their military uniforms.

12. The Queen at Kate's Wedding 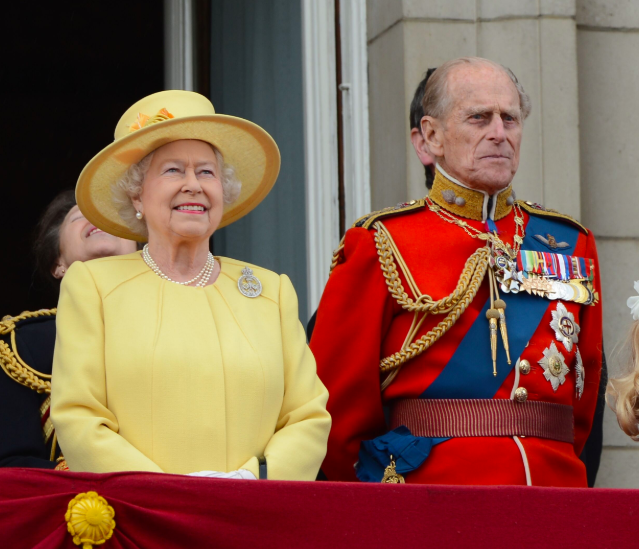 Queen Elizabeth opted for a bright yellow hat with a dress coat that was designed by Angela Kelly, along with a pearl necklace and diamond brooch.

11. The Queen at Meghan's Wedding

Her Majesty still stuck to bright colors and chose a bright lime green dress and coat by Stuart Parvin for Prince Harry’s wedding. She also wore a green and purple hat that was designed by Angela Kelly.

Westminster Abbey, traditional place for weddings and funerals of the British monarchy, was consecrated #OnThisDay in 1065 - handy, as William the Conqueror was crowned there the following year. pic.twitter.com/BMmdIdBua6

Middleton’s wedding was hosted at London’s Westminster Abbey, which included around 1,900.

It's #RoyalWedding Day! Follow the link in our bio to watch live. Today it has been announced by @TheRoyalFamily that Prince Harry and Ms. Meghan Markle will become Their Royal Highnesses The Duke and Duchess of Sussex.

Markle and Prince Harry had a much smaller wedding in comparison, with a mere 800 people that were fit into St. George’s Chapel in Windsor Castle. 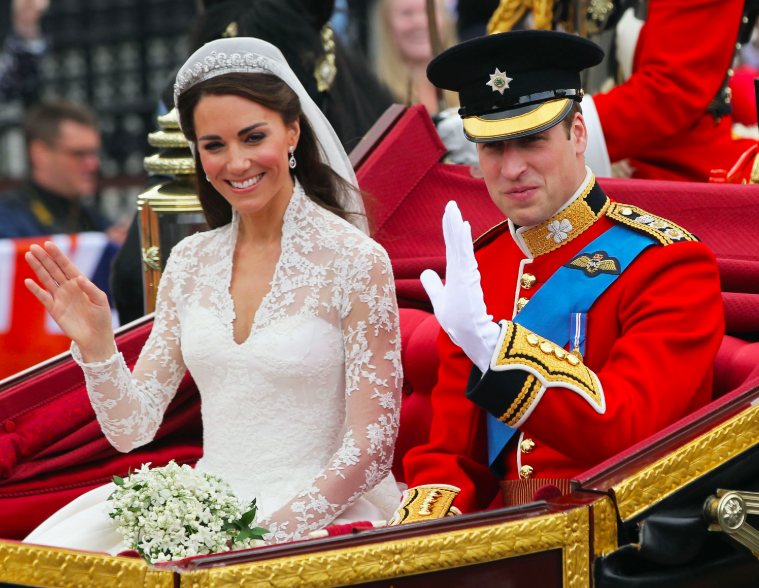 The newlyweds greeted their guests and well-wishers by waving to them from the balcony of the Buckingham Palace.

The Sussexes didn’t have the same chance as the Cambridges, since their wedding didn’t happen in London, and weren’t able to get a moment on the Buckingham Palace balcony. Rather, they waved and greeted their well-wishers on a 30-minute carriage ride through Windsor.

Want a wedding cake like Kate Middleton's? Her baker will make one for you: http://t.co/MgW1KbIRvI pic.twitter.com/LCh91wJ83M

Middleton and Prince William sought out the help of Fiona Cairns in order to make their wonderful, eight-tier cake that had many layers of traditional fruitcake.

The wedding cake is to be served at the Reception. It was designed by Claire Ptak and features elderflower syrup made at The Queen’s residence in Sandringham from the estate’s own elderflower trees, as well as a light sponge cake uniquely formulated for the couple. #royalwedding

The Sussexes instead turned to Claire Ptak, from London’s Violet Bakery. Their wedding cake incorporated lemon and elderflower, which was decorated with swiss meringue frosting as well as fresh flowers. And, rather than serving the cake traditionally in tiers, the couple decided to serve them as three separate un-tiered layers instead.

What #smallbiz provided the biofuel for the Aston Martin at the Royal Wedding? #thesmallsquiz pic.twitter.com/N7q9OIwwoB

Prince William drove his new bride, Kate Middleton, to Clarence House from Buckingham Palace. He borrowed his father’s, Prince Charles’, navy blue Aston Martin. His brother, Prince Harry, took the decoration upon himself (with the help of some friends) and decorated the ride with balloons, streamers, and a license plate saying “JU5T WED.”

The electric Jaguar E-Type from the royal wedding was engineered with Rimac. https://t.co/4M5md7txJ1 pic.twitter.com/KiZNTykaHt

Read also
May 08, 2019
Prince Harry And Meghan Markle Had Several 'Hidden' Ways To Honor Princess Diana On Their Wedding Day

Later into the night, Middleton switched into her second wedding dress, which was designed by Alexander McQueen. It was a stunning, white satin gown, which she paired with a white shrug.

Markle’s reception dress was noticeably different. The Duchess opted for an off shoulder wedding dress, which was designed by Stella McCartney.

Although these two royal women always seem to marked as strikingly different, it seems like Kate and Meghan might have more in common than we think. Who’s wedding was your favorite and why? Let us know in the comments below! And make sure to check out our related articles about the royals for the latest updates.

May 05, 2019
William and Kate's Reported Ways To Highlight They Are Higher Ranking Than Harry and Meghan
Popular articles