Meghan Markle and Prince Harry stood noticeably far from Prince William and Kate Middleton at the Trooping the Colour ceremony over the weekend and here’s why.

On Saturday, June 8, the Duke and Duchess of Sussex made their first public event appearance since welcoming their son last month. 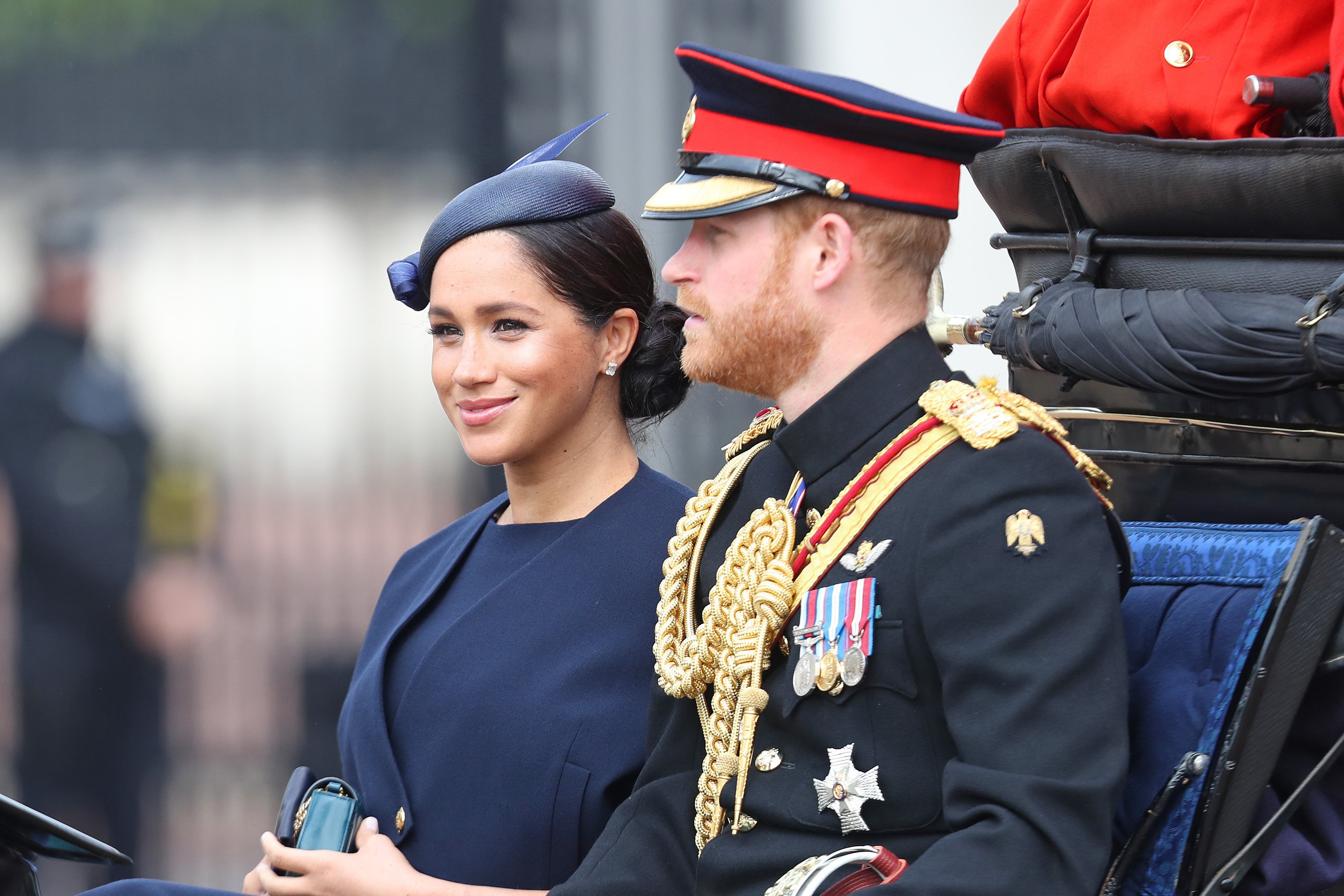 Meghan Markle and Prince Harry arriving at the Buckingham Palace for Trooping the Colour on June 08, 2019 in London, England | Photo: Getty Images

The event was Trooping the Colour, Britain’s official celebration of Queen Elizabeth’s 93rd birthday and the Royal family turned up in their numbers.

When the family gathered on the balcony with the Queen, however, it was hard not to notice that Meghan and Harry stood far off from Prince William, Duke of Cambridge and his wife, Catherine, Duchess of Cambridge.

An incredible day at The Queen’s Birthday Parade 2019.

Thank you to all the soldiers, musicians and horses from the Household Division @Householddiv, The Household Cavalry @HCav1660, @KingsTroopRHA for a spectacular #TroopingTheColour. pic.twitter.com/iPwt7h3CXm

Joe Little, the managing editor of Majesty magazine and a royal expert, told PEOPLE that the standing positions had everything to do with a royal “pecking order” and wanting to shine the spotlight on the kids.

“She [Meghan Markle] was not as prominent perhaps as some people might have expected, but there’s a pecking order. There was no slight intended, but William being the older, more senior brother would go out [first] with his wife.”

“There’s no one laying this out, telling her where to stand,” a palace insider had assured PEOPLE following last year’s Trooping the Colour where Meghan was not front-and-center as well. “And there were a lot of kids who everyone would want at the front.”

Meghan’s appearance at the age-long British ceremony marked her first at a public event since welcoming son Archie Harrison Mountbatten-Windsor on May 6.

The new mom rode in a carriage alongside her husband Prince Harry, Kate, and Camilla, Duchess of Cornwall.

Meghan looked every inch a royal in her Clare Waight Keller outfit and a matching hat by Noel Stewart, taking the time to wave and smile at the gathered crowd.

Prince Harry and Meghan did not bring baby Archie along, probably because the infant is still too young to be exposed to the noise and festivities that come with Trooping the Colour.

One-year-old Prince Louis, however, made his official balcony debut at the event alongside his parents William and Kate, and siblings Prince George, five, and Princess Charlotte, four. The little prince excitedly took in the parade and Air Force displays, waving non-stop to the crowds below.

Isn't Prince Louis a star, what a wave! Thank you for all the kind comments and retweets following yesterday's Trooping The Colour. pic.twitter.com/60VyMsz3tE

Trooping the Colour, according to the BBC, has marked the official birthday of the British monarch for over 260 years, even though the monarch’s real birthday is April 21.

Read also
Jun 13, 2019
The History Of Royal Debuts At Trooping The Color

The ceremony involves a parade of flags by a particular regiment of the British Army. Each regiment has specific flag colors, hence the name “Trooping the Colour.”

The Queen (then Princess Elizabeth) took part in her first #TroopingTheColour parade in 1947.

During her reign The Queen has attended Trooping the Colour every year except 1955 when it was cancelled because of the general strike. pic.twitter.com/rSrgpMAbQr

After leading and inspecting the troops, the Queen is joined on the balcony by members of her family where they take in a special 41-gun salute and a colorful display by the Royal Air Force (RAF).

According to the royal family’s Twitter page, the Queen has taken part in Trooping the Colour every year since 1947, except in 1955 when there was a general rail strike.

May 27, 2019
Meghan and Harry’s Key Parenting Differences From Kate and Williams

May 05, 2019
William and Kate's Reported Ways To Highlight They Are Higher Ranking Than Harry and Meghan