Kate Middleton seated herself just off the smooth grassy lawns of Wimbledon as she arrived way earlier than expected for Day 2 of the major tennis tournament.

The Duchess of Cambridge wore traditional white as preferred by both players and watchers of the most popular annual tennis event which takes place at the All England Lawn Tennis and Croquet Club.

She arrived early for the second day of Wimbledon in order to catch British hopeful Harriet Dart play against American Christina McHale. Photos are found below. 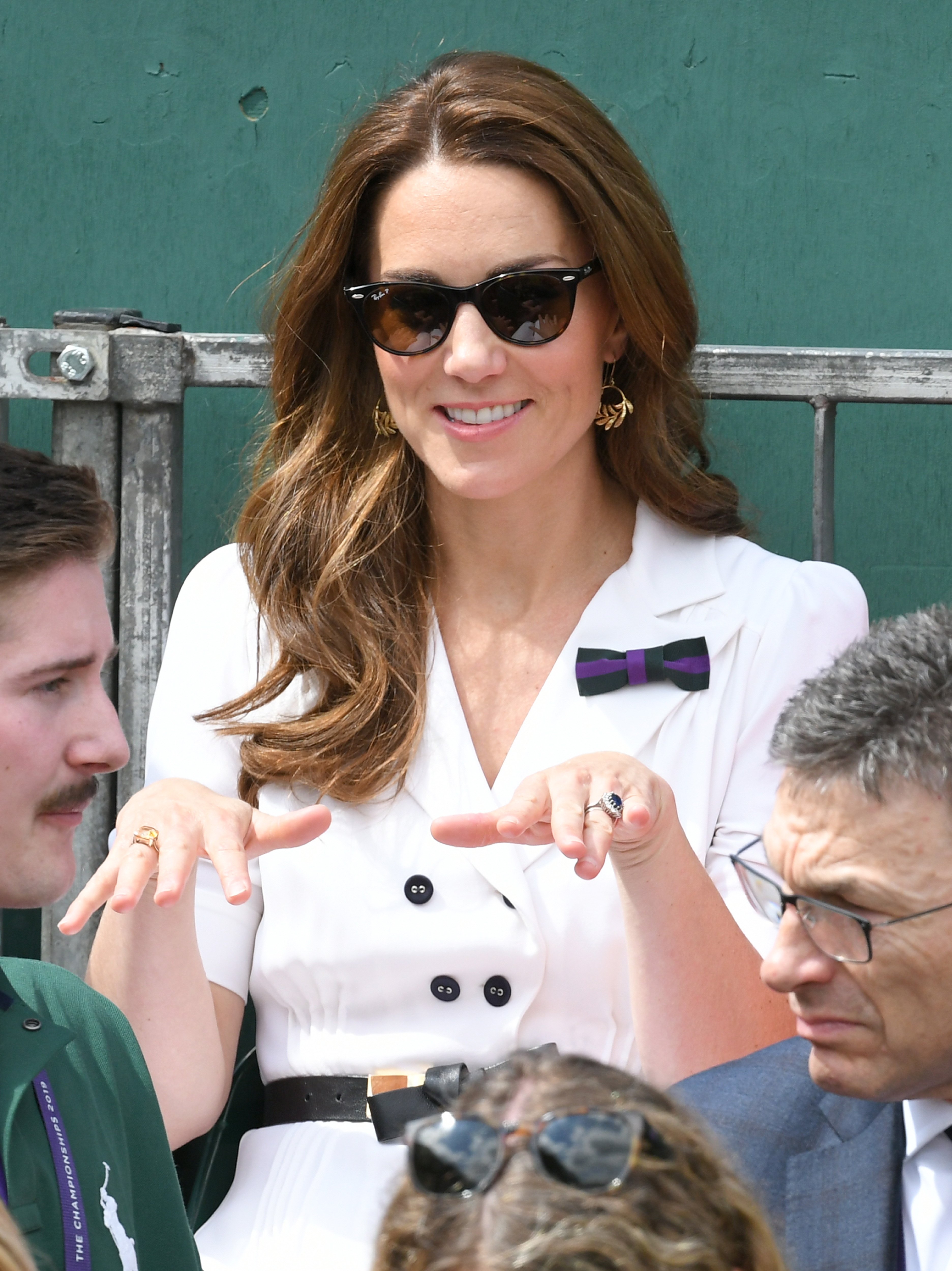 True to form, Middleton looked elegant wearing a white dress that buttoned down almost the entire length with black buttons. A matching black belt hugged her slim waist and was accompanied by a brooch on her large collar.

Catherine, The Duchess of Cambridge on day two of the Wimbledon Championships at the All England Lawn Tennis and Croquet Club, Wimbledon 📸@PA i-images pic.twitter.com/R0bj41hmUT

The fashion-forward royal accessorized with a pair of sunglasses as she held onto a brown and black bag. She wore black pumps to complete her Wimbledon look.

According to Mirror, Middleton was seated between former tennis players Katie Boulter and Anne Keothavong. Dart eventually won her match against McHale in three sets. 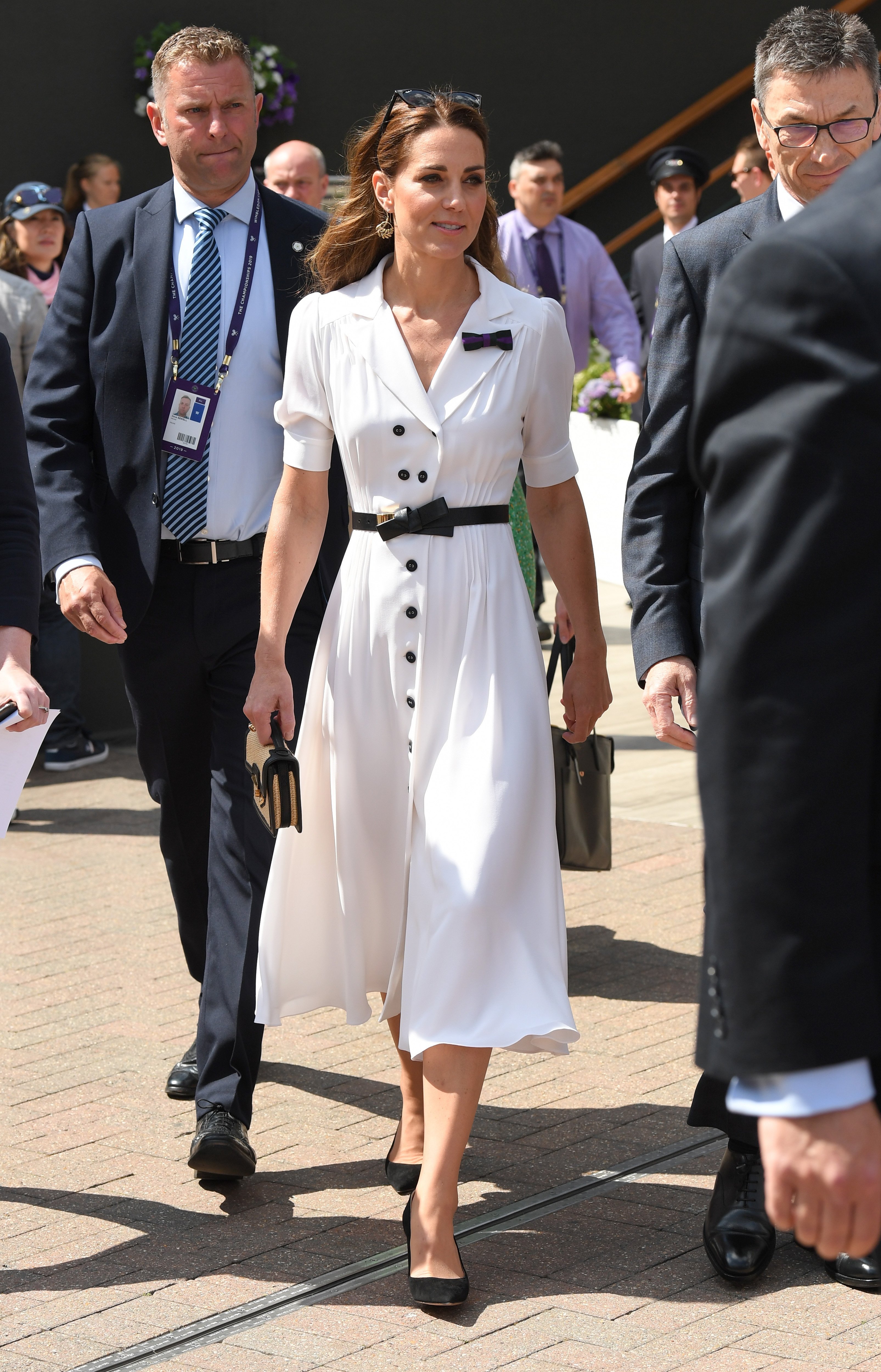 Middleton is a regular at the Wimbledon tournament, showing up each year in some sort of airy attire. Last year, she even interacted with kids who were undergoing a training session as part of an outreach program.

The duchess revealed that though she loves the sport of tennis and used to play as a girl, she's now unable to enjoy as much time on the court due to her three children.

The new @afnccf Centre of Excellence brings together for the first time under one roof experts and leading practitioners in neuroscience, mental health, social care, child development, research and education, alongside children, young people and their families. By combining all of the elements required to improve both understanding and practice in children’s mental health, in one coherent space, the Centre can continue to pursue its ambition of transforming mental health provision for children and their families across the UK. Today’s visit to open the new Centre of Excellence marks The Duchess of Cambridge’s continued desire to draw attention to child mental health issues and the importance of early intervention, and working with the whole family, can make to those in vulnerable situations. Her Royal Highness is keen to draw attention to the ways in which this charity is working to lead a step change in children's and young people's mental health care. Swipe to watch Professor Peter Fonagy, CEO of the Anna Freud Centre explain more about the new @afnccf Centre of Excellence.

Just a week before Wimbledon 2019, Middleton again joined the children when she attended an event of the Royal Photographic Society. The Queen just recently appointed the duchess as patron of the institution.

Dressing in another summery ensemble, Middleton showed up wearing a green and brown paisley print dress with short, flowy sleeves. Her interest in photography made her the perfect fit for the new role.

Apr 27, 2019
Kate Middleton Looks Chic in a Teal Coat Dress during Her Surprise Appearance with Harry