Dubbed "the most photographed woman in the world", Princess Diana was well accustomed to manoeuvring her way through the spotlight. To do this, she had quite a number of tricks up her sleeve, and her former bag designer, Anya Hindmarch opens up to the public on one of them.

Anya, a native of Essex met Princess Diana when she launched her first bag store in Chelsea in 1993. 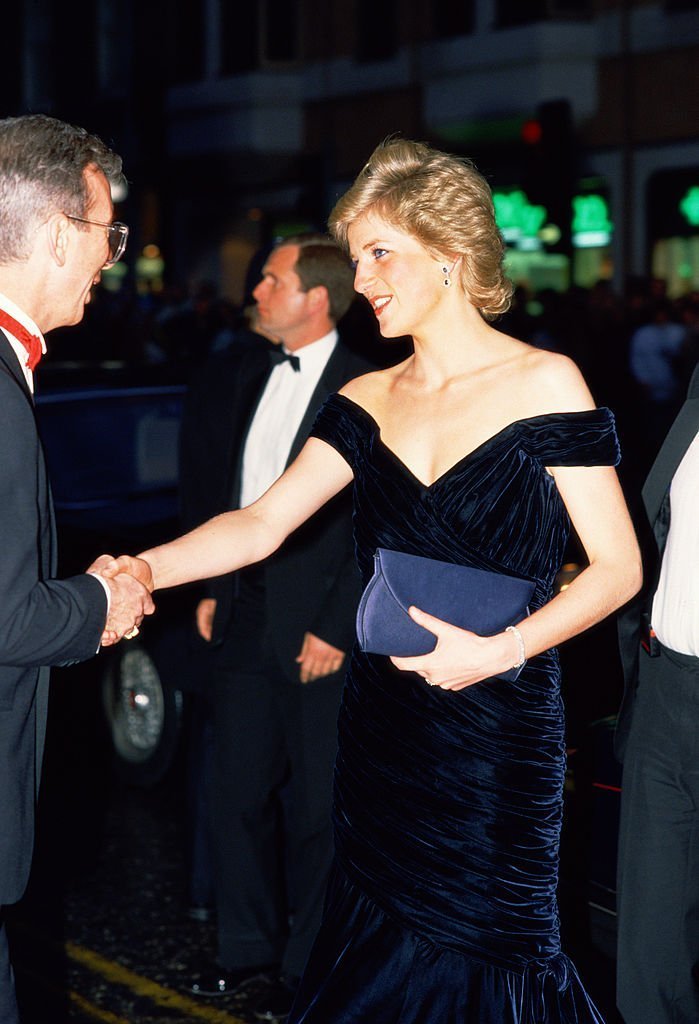 While speaking to The Telegraph, she stated that the Princess was one of her most loyal customers, and described her as "a lot of fun."

"Little satin clutches which she would cover her cleavage with when she stepped out of cars."

Anya, who started her bag business at just 18-years-old, disclosed that 'Lady Di' preferred to keep her appointments "informal." 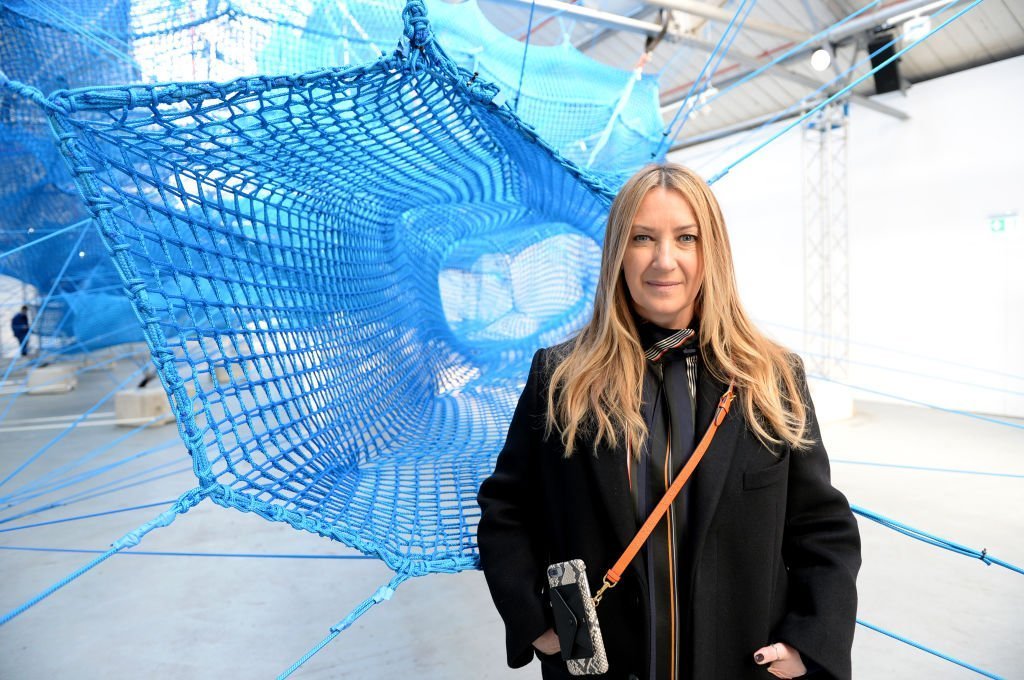 One of Anya's famous works was what the pair named the 'cleavage bag.' As revealed by the designer, the bags were "little satin clutches which she would cover her cleavage with when she stepped out of cars."

Around the mid-'90s, Diana favoured a lot of dresses that featured plunging necklines. However, given how the British press dissected her every outfit, she did her best to be on the safe side. 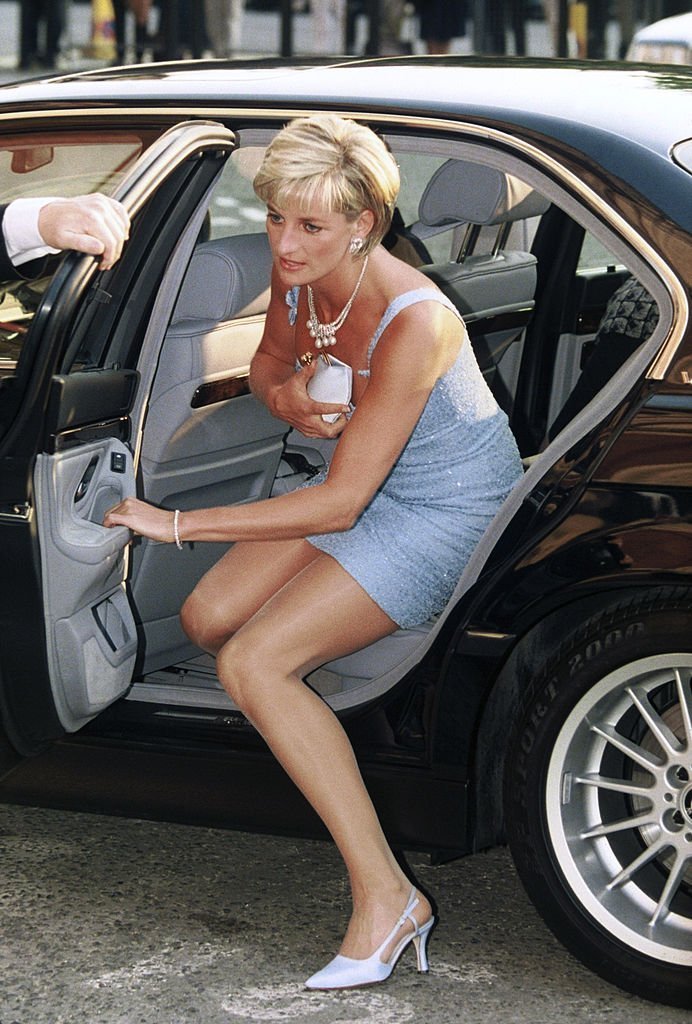 The clutch was a clever piece which would serve as Princess Diana's invaluable tool against the continual flashing lights from the media cameras.

Whenever the Princess had on a low cut dress which would expose her cleavage, the bag served as a guard against prying camera operators. 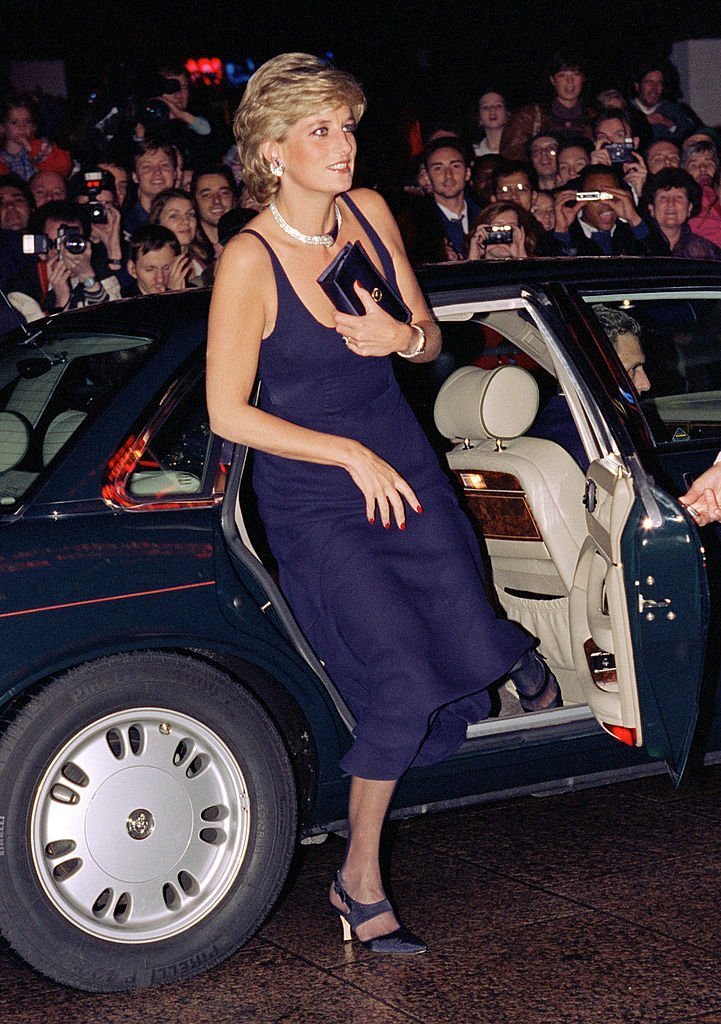 Over time, it became an integral part of her dressing as she was seen using it whenever she had to get down from a vehicle or appear in a position which left her bare chest exposed.

Surprisingly, it's not only Princess Diana that came up with subtle techniques in handling the life of royalty and the hassles that come with it. 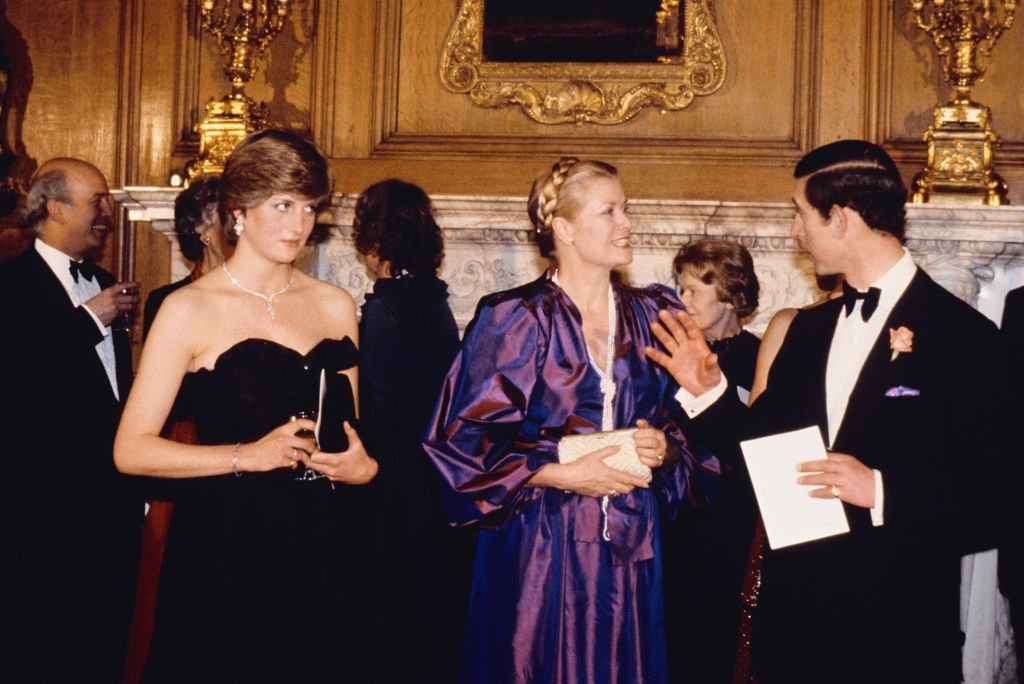 According to The Telegraph, Queen Elizabeth is resourceful with her accessories as well.

When the monarch places her purse on the table while having dinner, this signals that she wants things to be wrapped up in about 5 minutes. 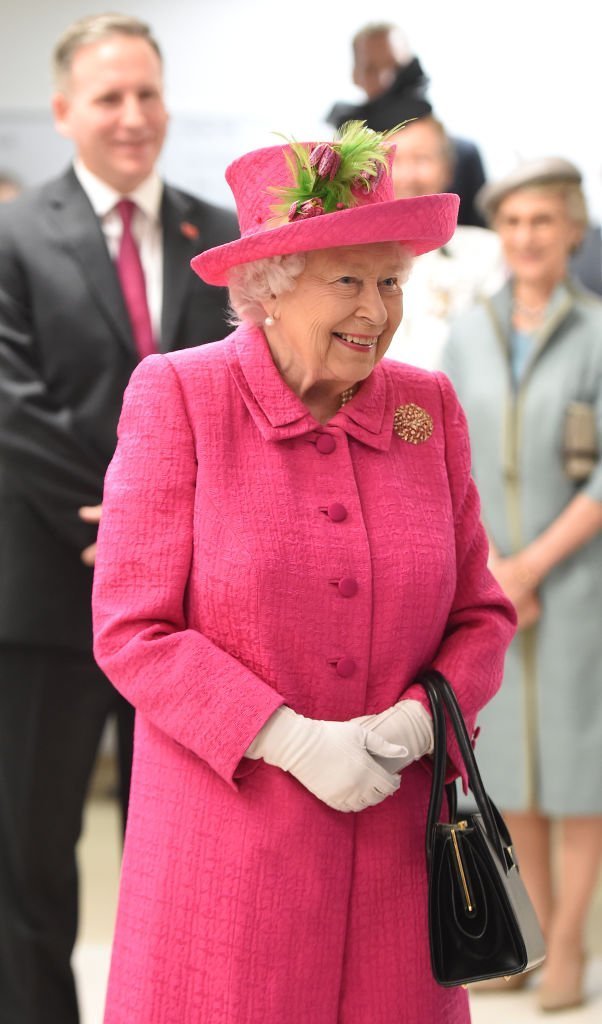 On the other hand, if she places it on the ground, she's in a hurry to have the event ended.

While speaking to PEOPLE, Royal historian, Hugo Vickers explained that the monarch usually carries her bag in the nook of her left arm.

However, if she switches it to the tight whole having a conversation, it means she wants to be rescued from the conversation. 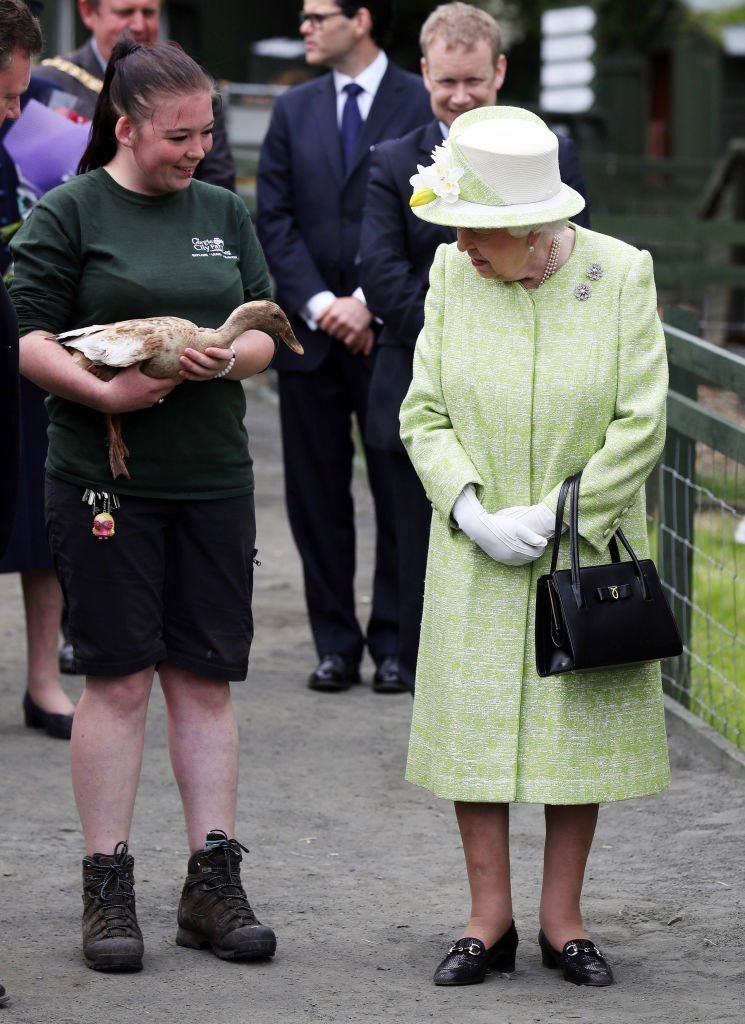 He mentioned that the dismissal would, however, be polite as the individual would not have a clue.

Read also
Jul 08, 2019
Risky And Stylish Royal Looks By Kate, Meghan, And Diana That Went Beyond The Traditions

Another royal who employs the 'bag technique' is Kate Middleton. Royal etiquette expert Myka Meier told Good Housekeeping that the Duchess prefers to hold her handbag with both hands in cases where she's trying to avoid awkward handshakes. she said:

The Duchess of Cambridge, Patron of Action on Addiction, attended the first annual gala dinner in recognition of Addiction Awareness Week. Before the dinner, The Duchess of Cambridge met former Action on Addiction clients Jay Otty and Melanie Bennett, who worked to prepare food for the gala dinner. Jay is a key member of the ‘front of house’ staff at @Brink_Liverpool – Action on Addiction’s ‘dry bar’ in the city. He has worked in the hospitality industry for seven years, having now been clean and sober for nine years. Melanie says that Action on Addiction’s Self-Help Addiction Recovery Programme, which taught her coping mechanisms and new behaviours, and started the grieving process for her father which she had been blocking for ten years, helped saved her life. Speaking at the dinner, The Duchess said: "What’s remarkable about Action on Addiction is that it goes beyond helping those who are suffering on the courageous journey into recovery – it also lends direct support to the children and families affected by addiction – for as long as it takes." Action on Addiction is the only UK addictions charity that works across all the areas of research, treatment, family support and professional education. The aim of Addiction Awareness Week is to provide a platform for focused conversations about the many different facets of addiction, to enable a wide range of organisations to engage with people and families who may be affected by addiction, and to raise public awareness of the far-reaching and negative effects of addiction. The ultimate aim is that as honest but inspirational stories are shared, those affected by addiction will then feel more able to take the necessary steps to access help, hope and freedom from their addiction. @ActionOnAddiction #AddictionAwarenessWeek

"When the Duchess is at an event, she holds her bag in front of her in both hands when shaking hands might be awkward. Or she can place it in one hand to have the other free." 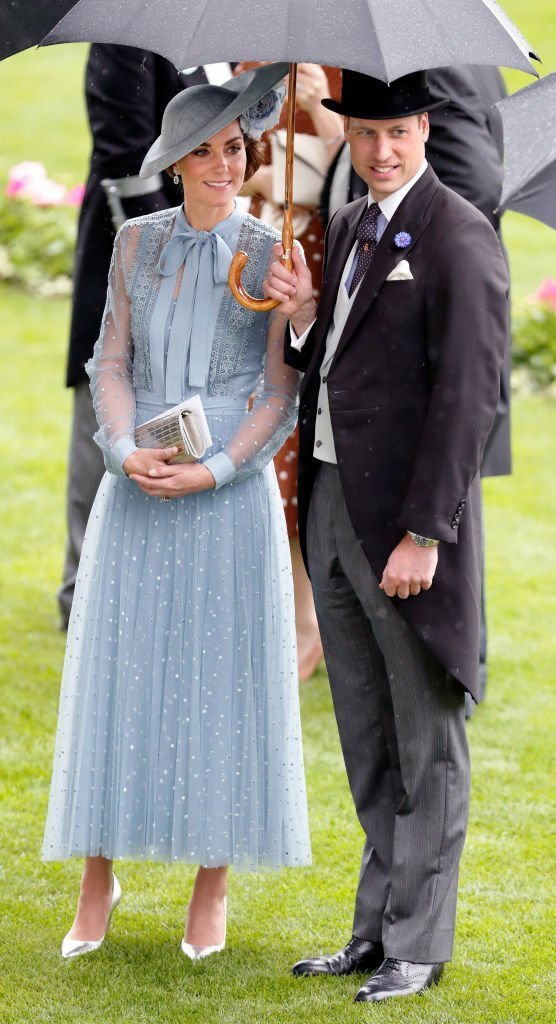 Catherine and Prince William shelter under an umbrella as they attend day one of Royal Ascot | Photo: Getty Images

It seems every fashion choice the royal women make has a hidden purpose it serves!

May 16, 2019
Royal Fashion Hacks Which Are Perfect For Everyday Life

May 10, 2019
How Princess Diana wanted to save marriage with Prince Charles on the day of their divorce
Popular articles