After watching Kate Middleton and Prince William fall in love and ty the knot, or witnessing the whirlwind romance between the American actress Meghan Markle and Prince Harry, no one would judge you if you think that royal marriages are taken straight out of a fairytale. But the sad truth is that many more others, such as Princess Anne's, were a complete failure.

Perhaps, you know everything that happened between Diana and Charles, but do have the same info about Anne and Captain Mark? If the answer is no, then scroll down and go through it. Ranging from infidelity to illicit offspring, you will be shocked to find out all the events that unfolded in this royal marriage. Take a look at it! 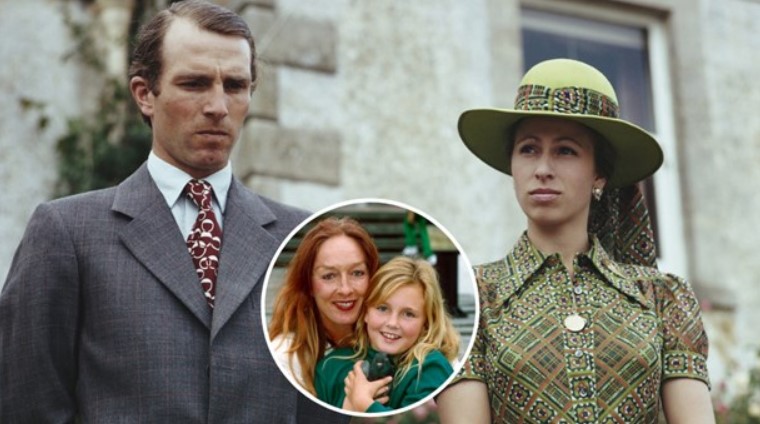 A PASSION IN COMMON LED TO MORE

By now, you most likely are familiar with Princess Royal's love for horses. Since Anne was very young, she was genuinely fond of the equestrian world, and it was this what led her to find who she thought was her soulmate. According to CheatSheet, the Queen's only daughter met Captain Mark Phillips in 1972 during the Munich Olympics.

The lieutenant in the 1st Queen's Dragoon Guards and the Princess were both at a party for horse enthusiasts, so their shared affinity made them bond. Sadly for youngsters, marriage entails much more than only an interest in common. 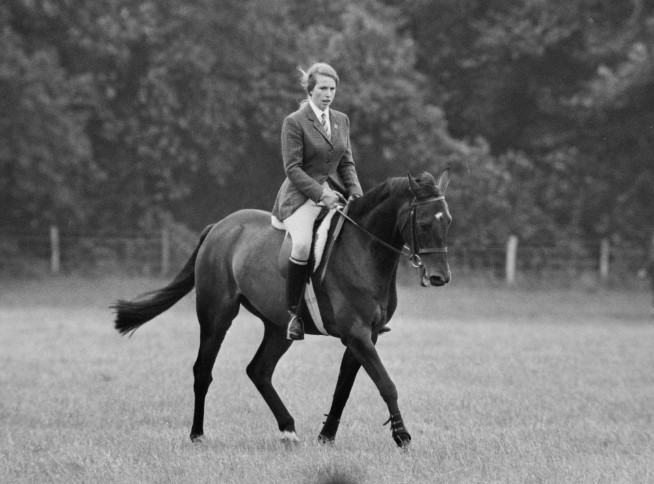 AND THEN DOWN THE ALTAR

Anyway, one thing led to the other, and the two ended up engaged in May 1973, and later that year in November, they tied the knot. The gorgeous ceremony took place at Westminster Abbey, with millions of viewers (500, to be exact) turning on their TVs to witness the royal love before God.

Perhaps, for you, watching royal nuptials on the boob tube is quite common these days. But some decades earlier, the blue-blood hysteria was just getting started with Anne and later with Lady Di and Charles. But again, a lovely and sought-after wedding is no guarantee for a happy marriage. 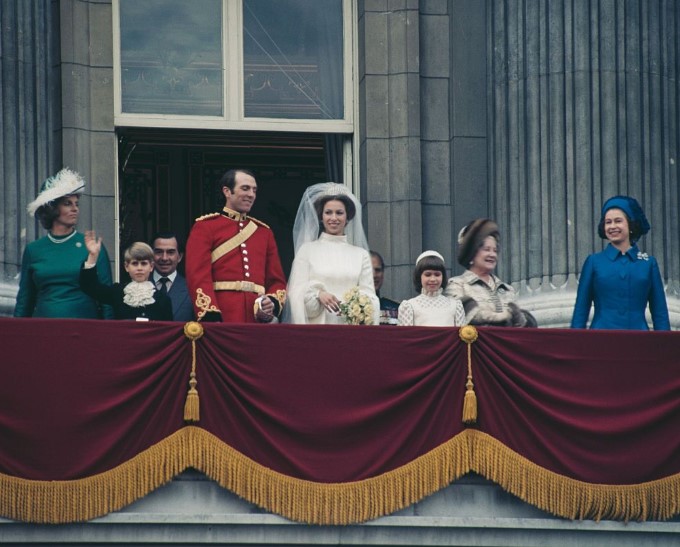 BACK TO SQUARE ONE

As newlyweds, Anne and Mark seemed perfect for each other and very enamored. Things were good at home; while the husband was promoted to Captain in the Army, the wife was competing in the Olympics. The lovebirds even enlarged the family by welcoming Peter in 1977, and Zara, four years later.

But right after the birth of their daughter, the relationship took a drastic turn. The couple started to spend more and more time apart to the point of checking into different hotels while out and about on royal engagements abroad. That was clearly not a good sign! 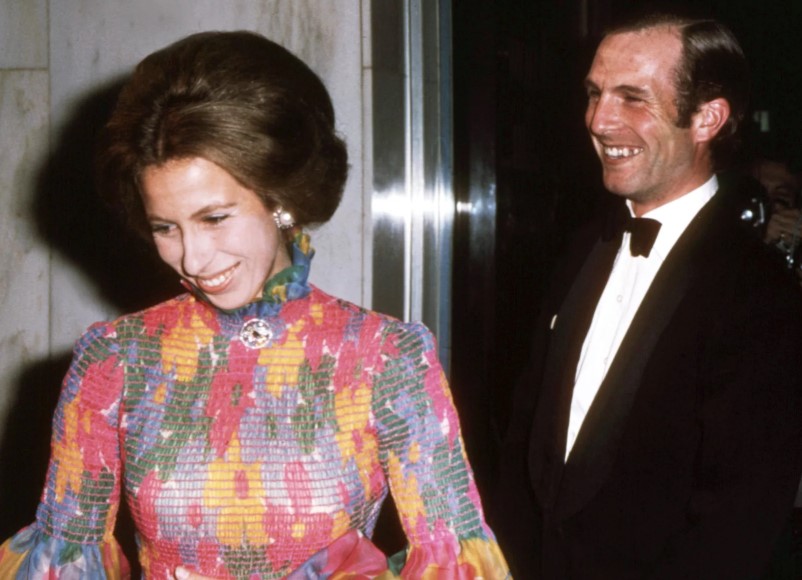 AND THERE'S THE THING ABOUT THE SCANDALS

Amidst the couple's issues, a suitor appeared on the scene. It was Commander Timothy Laurence, who was described as a caring mate. However, some private letters were unveiled by The Sun in 1989, which clearly evinced they were more than friends.

Allegedly, the missives had been stolen from the Queen's daughter and were made public. At that time, a royal insider told PEOPLE, "Obviously, Tim and the Princess were physically attracted to each other, but their friendship goes deeper than that. He cares for her in the way her husband does not." 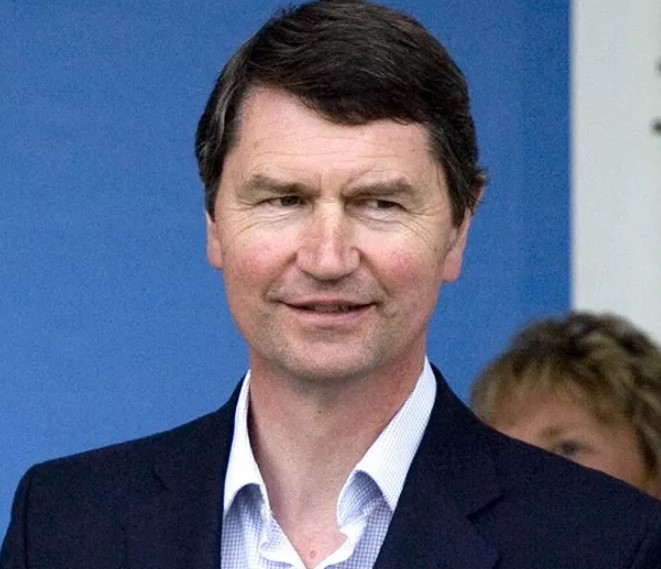 Around the time of the letters' publication, the loveless marriage between the captain and Princess Royal had become unbearable. The couple resolved to continue with their lives separately but remain legally married for the sake of their children and the monarchy's status quo — we guess.

As you might already realize, Her Majesty does not like drawing negative attention to her family. So it seems that the decision of the separation had the monarchy's reputation in mind. But little did they know the massive bombshell that was about to hit the Palace's doors. 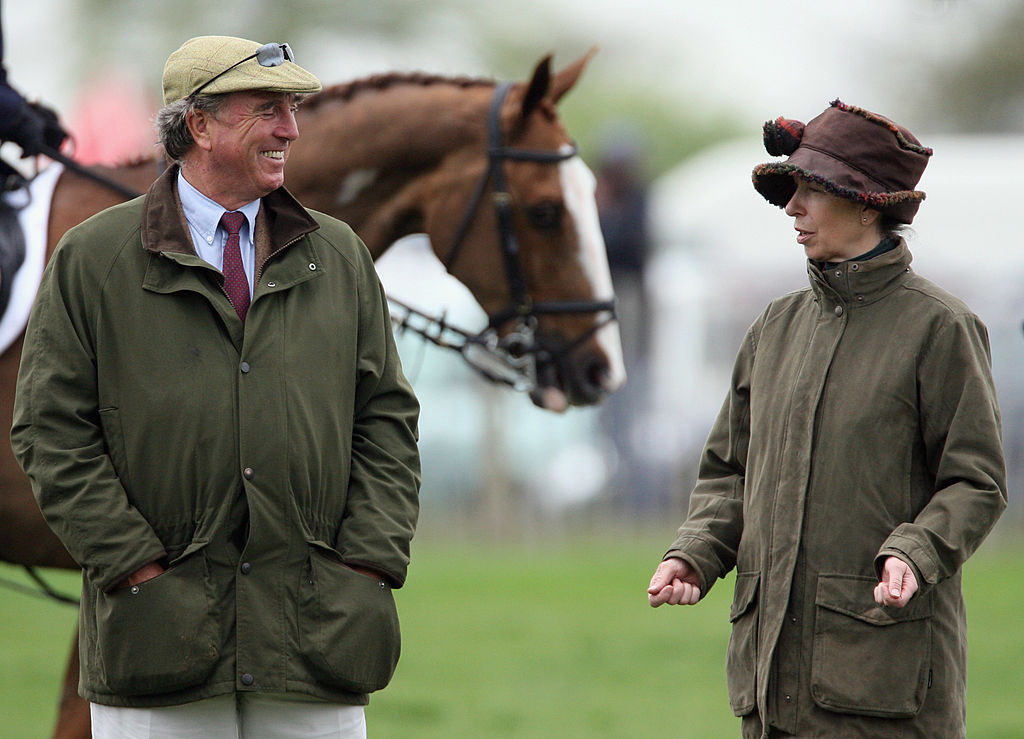 A MAJOR AFFAIR WITH AN OFFSHOOT

In 1991, we discovered that Anne was not the only one being naughty. The Cap had also kept a fling under wraps with an art teacher from New Zealand called Heather Tonkin, as per New Idea. Rumor had it that the pair met at a riding clinic in Auckland and immediately indulged in a one-night stand in a nearby hotel.

And the fruit it brought about was nothing else than a child. Therefore, the Zealander came out in the early 90s, claiming the Phillips was the father of her 5-year-old daughter named Felicity. By the way, the little girl was only four years younger than her royal half-sister, Zara. 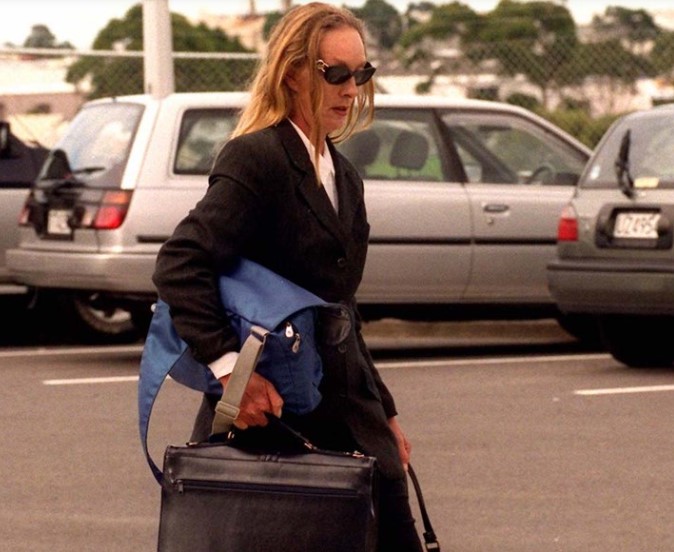 Clearly, this was not good for the status of a British Princess's husband, so Mark allegedly tried to convince the teacher to interrupt the abortion upon the discovery. Moreover, Scribol reported that Tonkin was threatened by John Erskine, the captain's agent, who ostensibly told her:

"I will make life a bloody misery for you." 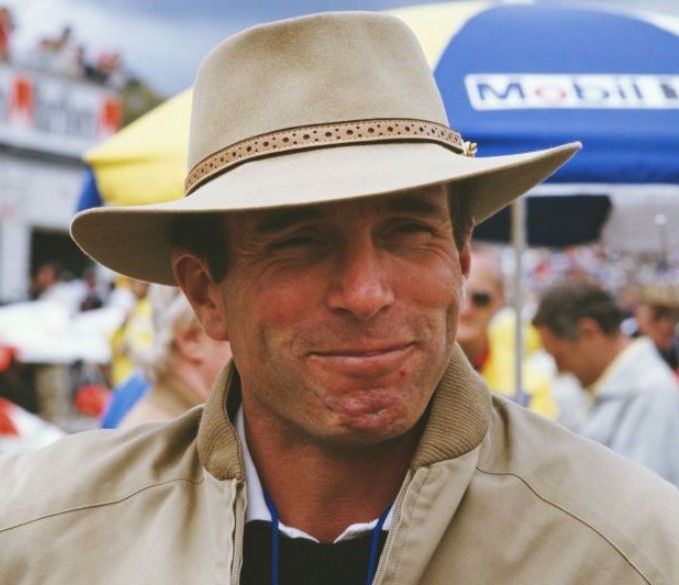 NOTHING HIDDEN BETWEEN HEAVEN AND EARTH

The truth finally broke when it was revealed that Phillips had been making payments to a woman for, guess how many years? Five. It couldn't be a coincidence! To cover his tracks, the captain reported the female was his consultant on equestrian matters.

But it turned out she was the mother of his bastard daughter. As per New Idea, Mark paid some paltry $12,000 a year in child support. However, he refused to enter his name on Felicity's birth certificate. Science then helped with the dilemma with a DNA test ordered by a court, which confirmed that Anne's husband was the progenitor of the girl. 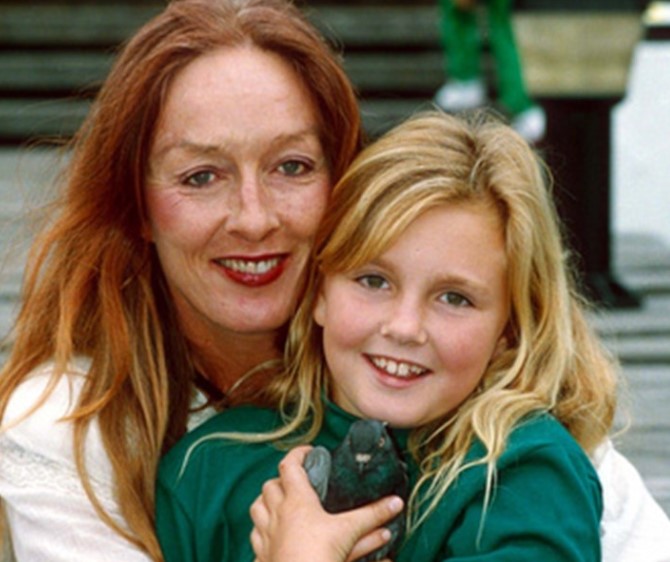 Captain Mark had fathered a love child indeed with his one-time lover. Ugly truth! But luckily for Anne, that's all she needed to start divorce proceedings promptly. An insider even claimed at that time, "This is all the excuse she needed to get Mark out of Gatcombe."

And surely Anne kicked her husband out of Gatcombe Park, their country home. Mark's status was hard-hit, but the monarchy was not spared from the scandal. To try to make good the damage, the couple ultimately finalized their divorce in April 1992. 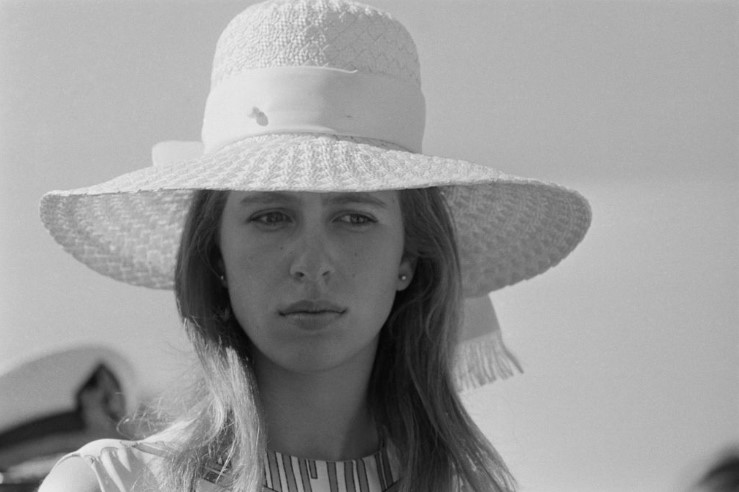 Phillips went on to marry dressage rider Sandy Pflueger in 1997; however, the marriage ended in 2012. Princess Anne did not wait that long and moved on with her life the same year of her divorce. She tied the knot with Timothy Laurence (yes! the very same one from the love letters) in December 1992, and they have been happily married for more than 25 years. 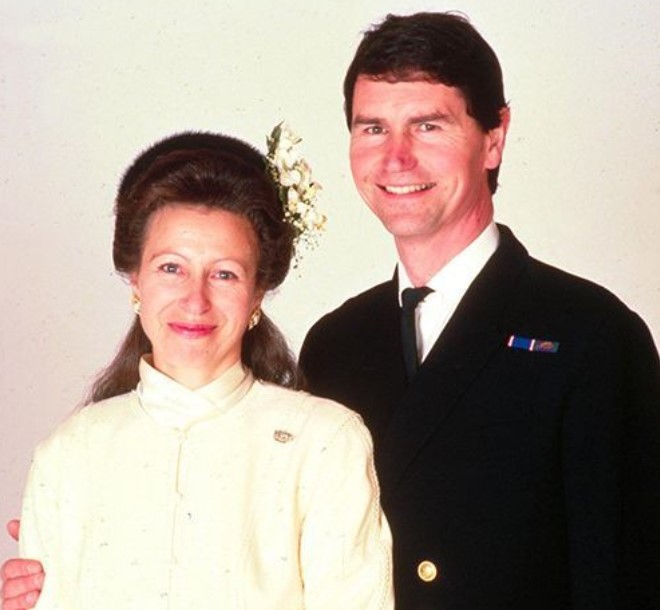 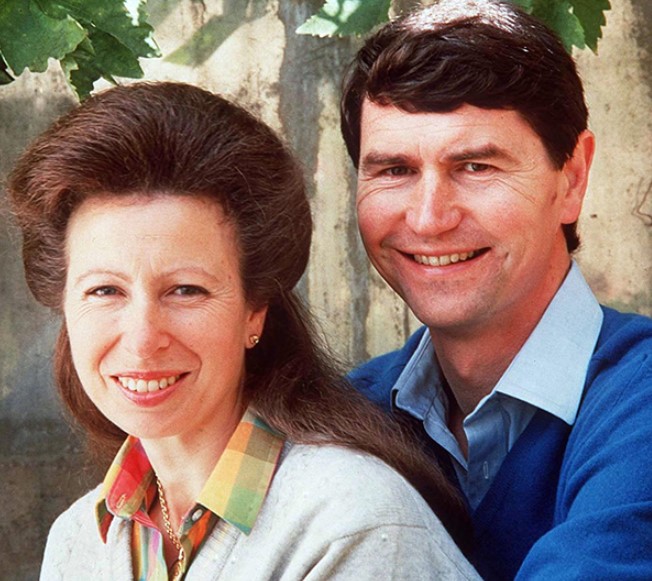 AND WHAT ABOUT FELICITY?

The illicit daughter learned the truth about her progenitor when she was 8 and was heartbroken by her father's rebuff. Felicity's grandmother, Dr. Shirley Tonkin, confirmed that Mark has never attempted to contact Felicity. What is more, he refuses to be acknowledged as her father. 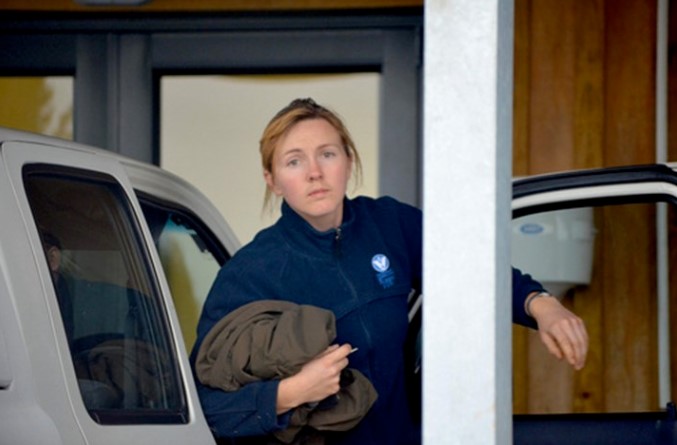 Read also
Jun 12, 2019
Reportedly Princess Anne Didn’t Get Along With Princess Diana Because Of her Approach To Royal Duties

As for the monarchy, a palace source told New Idea that "the story heaped shame on the royal family. They just don't want to get involved, and that's probably the way it will stay. Zara has never been in touch with her  —  nobody has."

Express revealed that Zara has never spoken a single word to her half-sister despite having something in common: horses. Both ladies share a passion for the animals. While the royal has been renowned for her participation in competitions, Felicity, ironically, is now an equine vet. 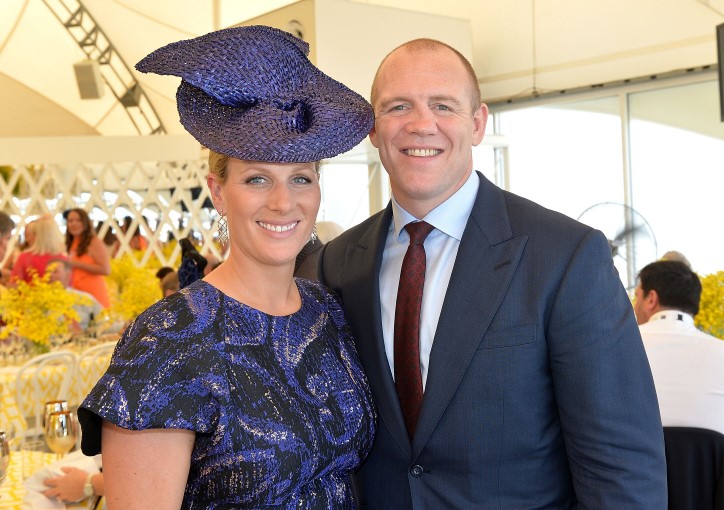 Wow! We cannot believe everything that happened between Princess Anne and Captain Mark Phillips. Now we wonder: was the Queen's daughter right with what she did with her husband after finding out about the lover and the daughter? We would love to hear your opinion, so please leave a message in the comment section!

May 02, 2019
The Uneasy Facts About the Royal Family's Reaction to Princess Diana's Accident

Jul 19, 2019
Princess Diana's Dream Of A New Life That Was Never Meant To Come True Due To Her Royal Past

Jul 05, 2019
The Hardest Working Royal Is Officially Not The One From Younger Generation
Popular articles