Most Beautiful Colorized Images In History

When you place a colorized image next to one that is black and white, it becomes evident that color adds a depth of contextual visualization to photos. One may wonder why colors add so many differences to images, especially in throwing more illumination to past visuals. You will discover that the following color images that once lacked colors are now easier to understand. All thanks to a group of committed digital editors who were able to transform the original photos.

These early 20th-century images, in their original black and white form, could reveal only little about past events. However, adding color to the photos now helps viewers to gain more insights about the past, leading to an increased appreciation of historical figures or significant world events. It does not matter whether you are interested in these figures or events; you will find some of these images really amazing.

1907: The Royal group (with Kaiser Wilhelm II and Edward VII) at Windsor Castle 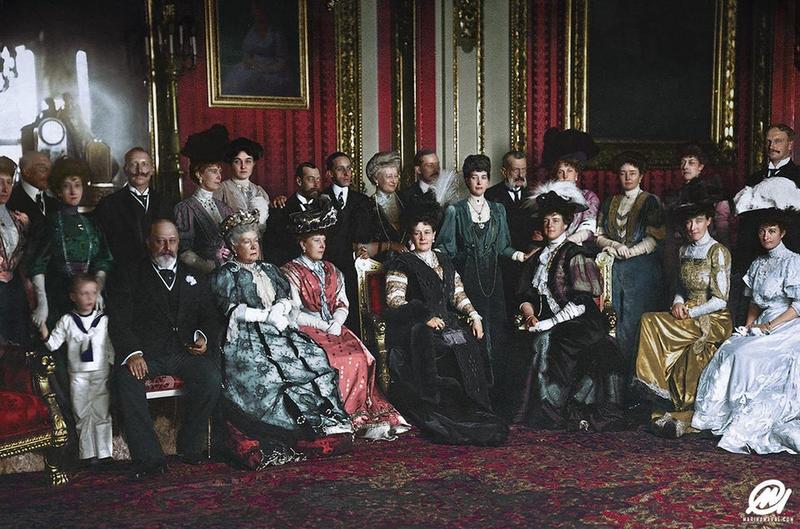 The photo shows the “who is who” in Europe seven years before the world war resulting from the assassination of Arch Duke Ferdinand. The English and Russian royal families are well represented in the photo. Notable among them are King Edward VII, Princess Beatrice of Great Britain, German leader Kaiser Wilhelm II, and Grand Duke Vladimir of Russia.

The Crimson Drawing-Room hangout of both royal families could not have been free from tension considering that some people were at loggerheads. However, most of them had to stand wholly to allow the photographer to take the photo.

Jun 20, 2019
Queen Elizabeth's Coronation Marked A Tremendous Change In The History Of The Post War World

Aug 09, 2019
Wallis Simpson: A Woman Who Changed the History of the British Throne

Aug 01, 2019
The Reason Behind One Of The Most Controversial Royal Divorces In History