HomeExplanation of Queen Elizabeth's Royal Titles – Including the Duke of Lancaster

Explanation of Queen Elizabeth's Royal Titles – Including the Duke of Lancaster

Although the British monarch is known as “Elizabeth II” or “The Queen,” she holds 16 official royal titles, apart from those lesser-known to the general public. 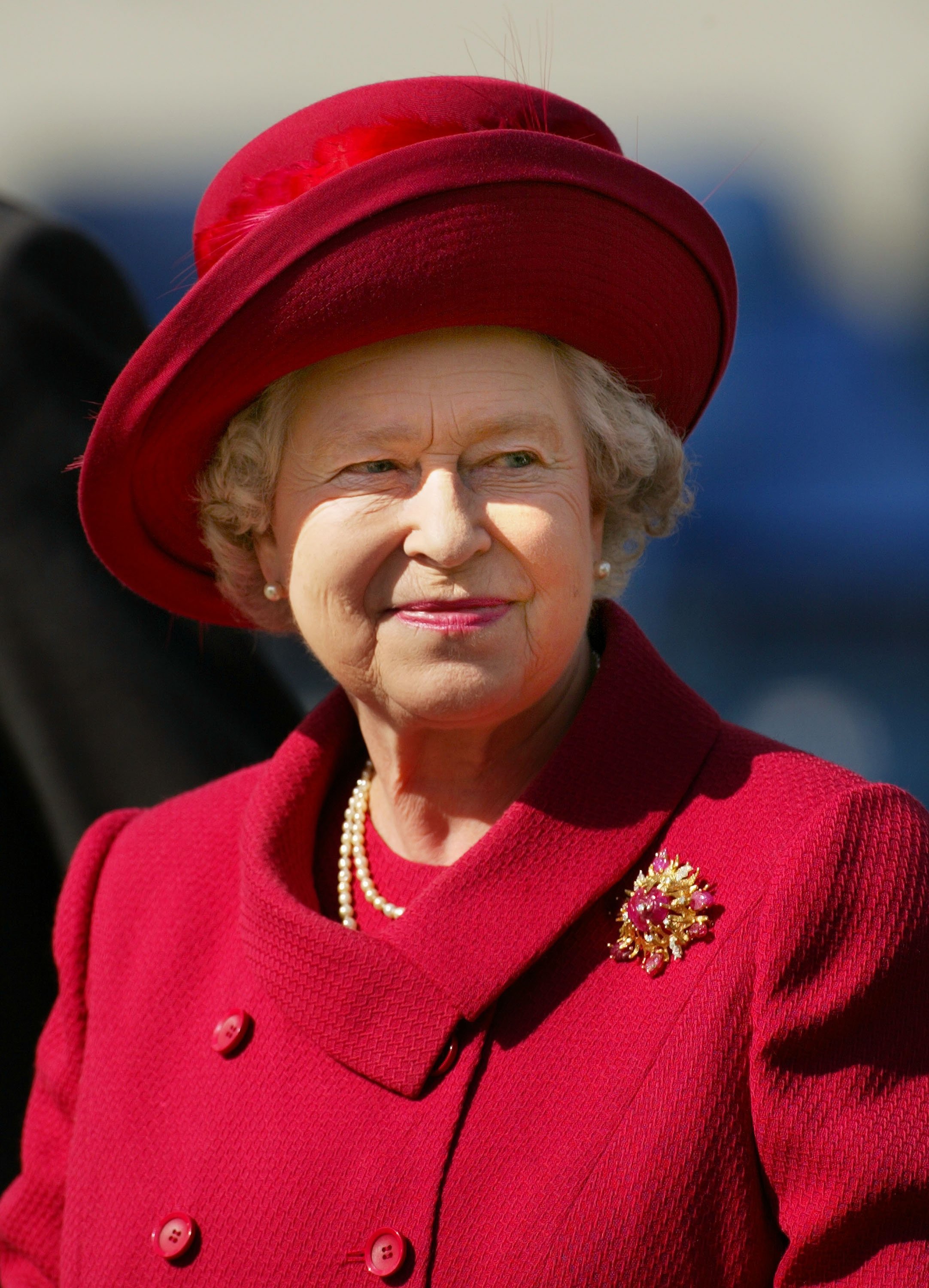 Queen Elizabeth after presenting a trophy for the "best turned out trooper" to a Household Cavalry soldier at The Royal Windsor Horse Show at Windsor Great Park, England, on May 18, 2002. | Source: Getty Images.

Since Queen Elizabeth’s birth in 1926, the Commonwealth evolved into 16 realms where she now reigns as "Elizabeth the Second in the United Kingdom, Northern Ireland," and as the Queen, Head of the Commonwealth, Defender of the Faith in the other realms.

Previously styled as "Elizabeth the Second, by the Grace of God, of Great Britain, Ireland and the British Dominions beyond the Seas, Queen, Defender of Faith," the Queen’s title for the other 15 realms changed following the independence of India in 1947, to clearly reflect the relations of the Commonwealth members to one another.

While the reference to the United Kingdom got removed from most of the Commonwealth realms, only Canada and Grenada still holds the Queen by her original title.

Queen Elizabeth II with her husband Prince Phillip the Duke of Edinburgh, and her three sons, the Prince Andrew the Duke of York, Prince Charles the Prince of Wales and Prince Edward the Earl of Wessex on holiday in Balmoral, Scotland in 1975. | Source: Getty Images. 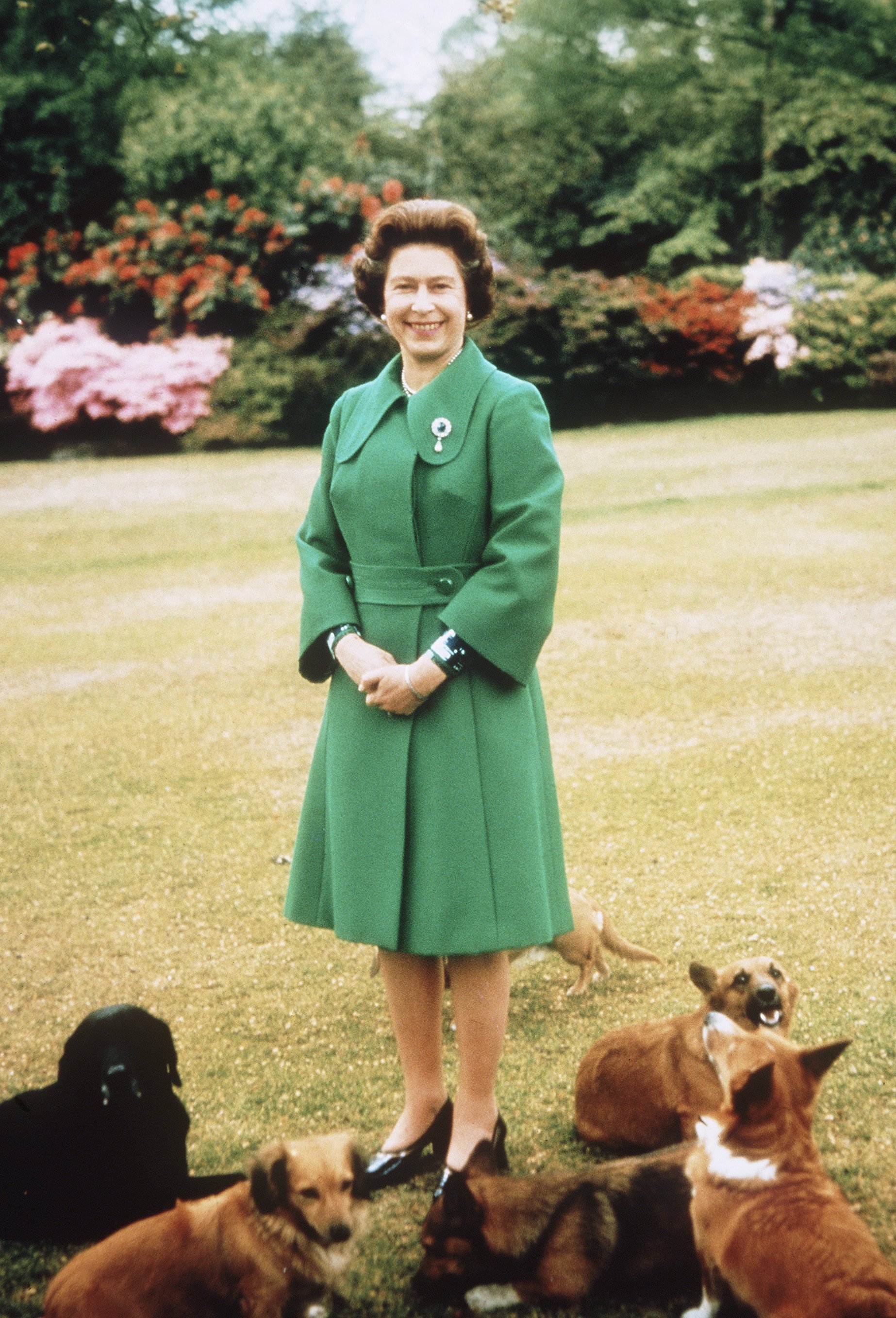 Queen Elizabeth II relaxes at Sandringham with her corgis on an unspecified date. | Source: Getty Images.

Meanwhile, in New Zealand, Queen Elizabeth is unofficially known to the Maori people as “the White Heron,” a rare and cherished bird. In Jamaica, on the other hand, the monarch is referred to as “Missis Queen” or “Queen Lady.”

The Fijian government abolished their monarchy in 1987, even so, the Queen is still unofficially called “Tui Viti,” which translates in “Paramount Chief.” 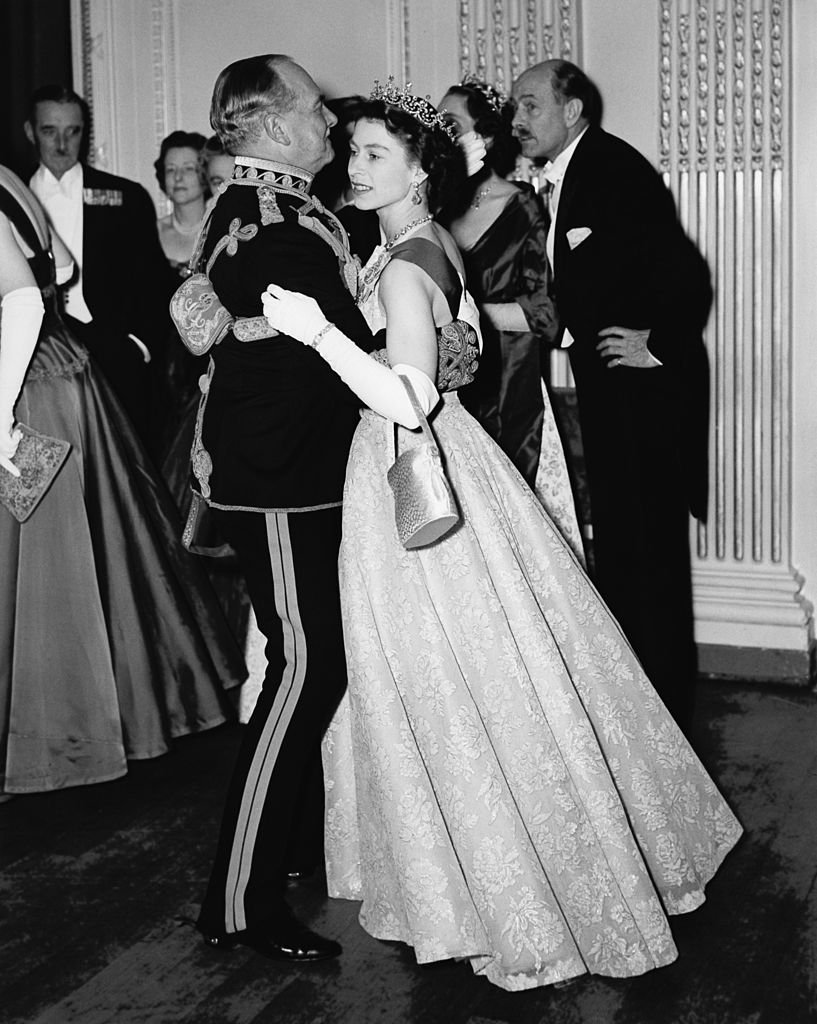 Queen Elizabeth II dancing with Air Marshal Sir John Baldwin (1892 - 1975), colonel of the 8th Hussars, at a ball held at the Hyde Park Hotel, London, November 26, 1954. The ball celebrates the centenary of the Battle of Balaclava. | Source: Getty Images.

While their constitutional body of Great Council of Chiefs disbanded in 2012, Elizabeth got seen as the incumbent holder of these titles nonetheless. So in a semi-official way, Elizabeth became known as the "Queen of Gibraltar" since 2010, a title that appeared on a Gibraltarian £5 coin.

Historically, Elizabeth also got known by various affectionate titles. Consisting of Guernsey and the Bailiwicks of Jersey, the Queen is known in the Channel Islands as "The Duke of Normandy," since the islands formed part of the Duchy of Normandy from the 10th century.

Sometimes titled as The Crown in Right of Jersey/Guernsey, Elizabeth is also referred to as The Queen, Our Duke. 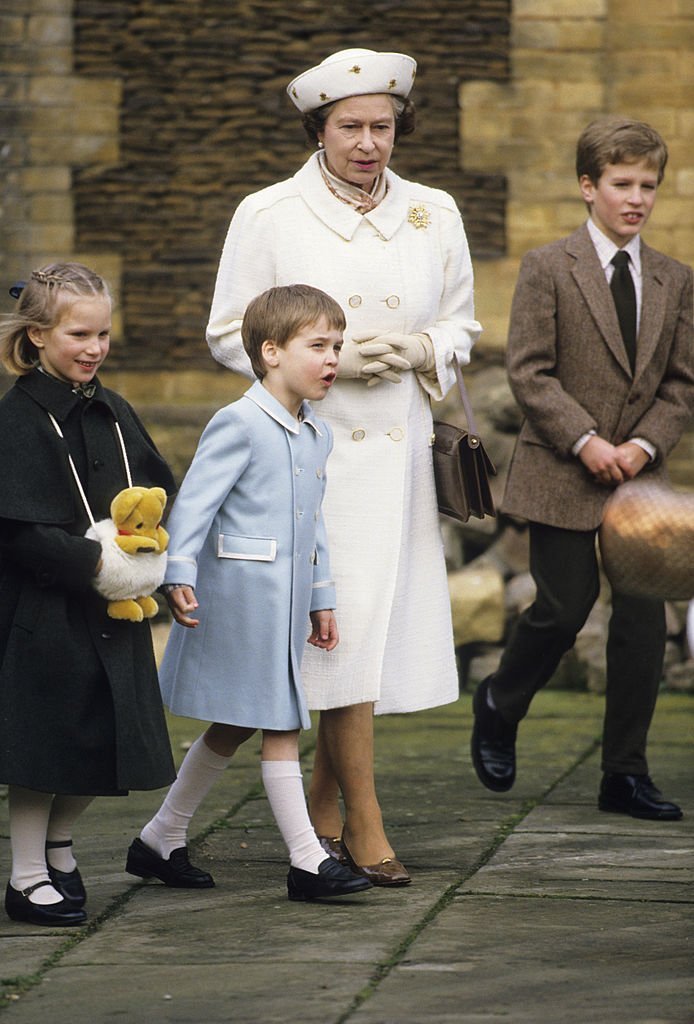 Zara Phillips and Prince William with their grandmother, The Queen at Sandringham on an unknown date. | Source: Getty Images.

THE DUKE OF LANCASTER

The Duchy of Lancaster forms a critical part of the Sovereign’s income, and its revenue is held separate from the other Crown properties.

A title held by the reigning Sovereign since 1399, Elizabeth takes a particular interest in the estate and regularly visits the Surveys. 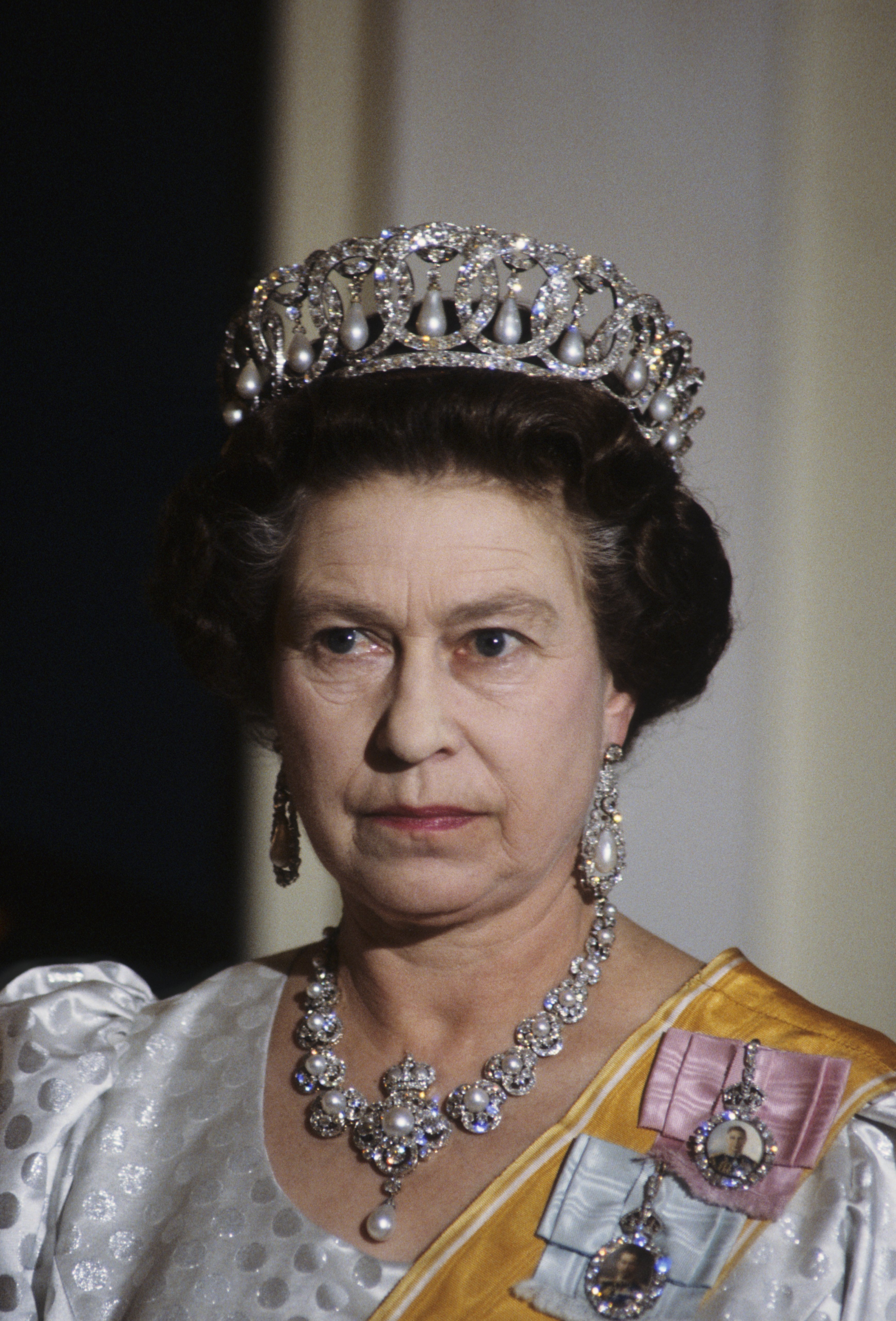 Queen Elizabeth attends a state banquet in Kathmandu, Nepal, during an official tour of Nepal on February 19, 1986. | Source: Getty Images.

The decision to keep income for the Duchy separate from other Crown properties dates back to the death of John of Gaunt, the second Duke of Lancaster in 1399.

After John’s death, his nephew King Richard II banished his son, Henry Bolingbroke from England for life and confiscated the Lancaster inheritance.

When Henry returned a year later with an army, King Richard II abdicated his seat on the throne and Henry rose to the throne as King Henry IV.

One of his first acts as King, Henry stipulated the conditions under which the Lancaster inheritance should be held. He specified that the title descends through the Monarchy as a private estate and that it should be kept separately from the Crown’s other possessions. 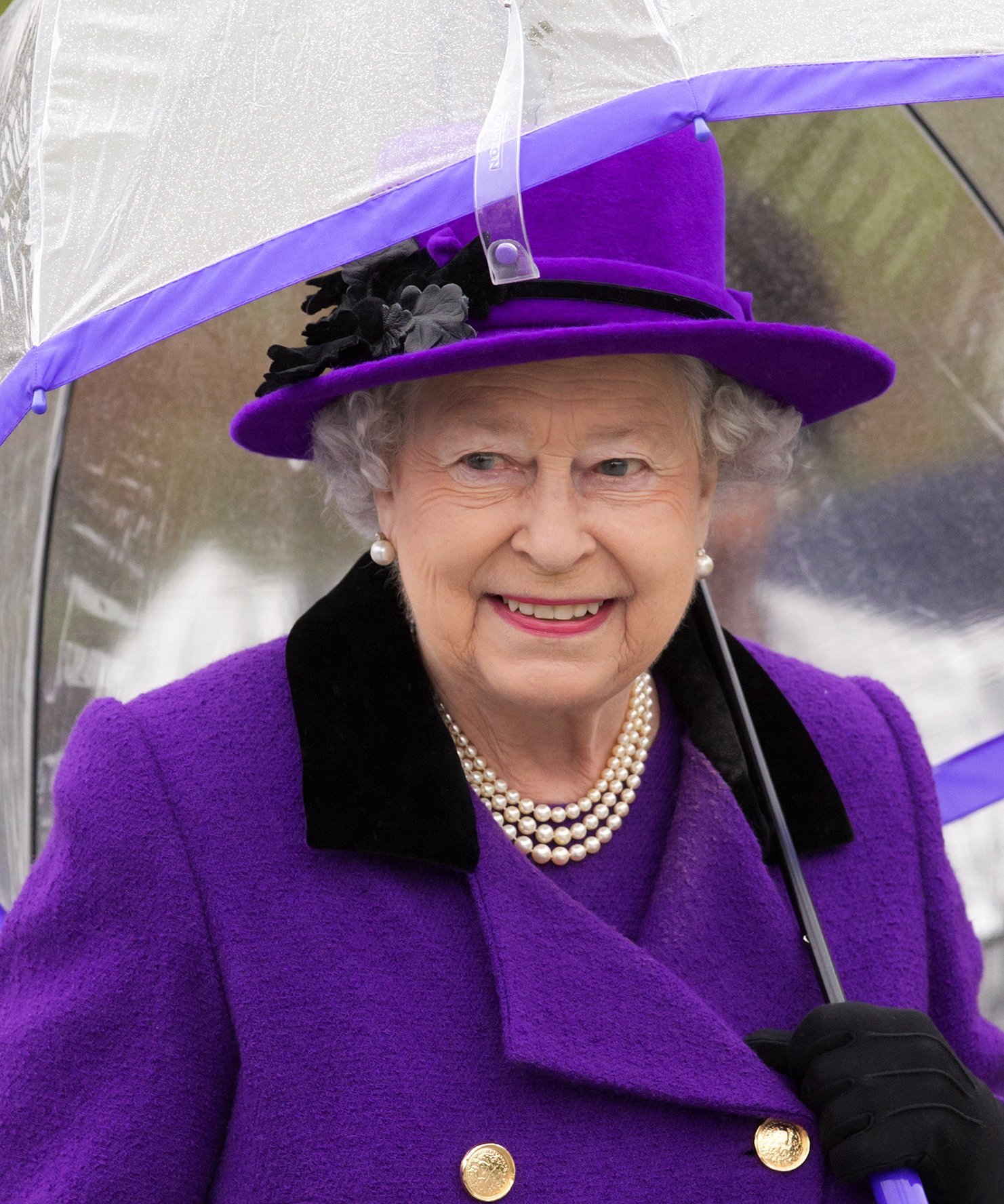 Queen Elizabeth II shelters under an umbrella as attends the opening of the newly developed Jubilee Gardens on October 25, 2012, in London, England. | Source: Getty Images.

The Crown Lands act added clarification to the stipulations in 1702, when it got added that the Queen or King would “only receive income and not capital from the Duchy,” an act that remains unchanged until today. 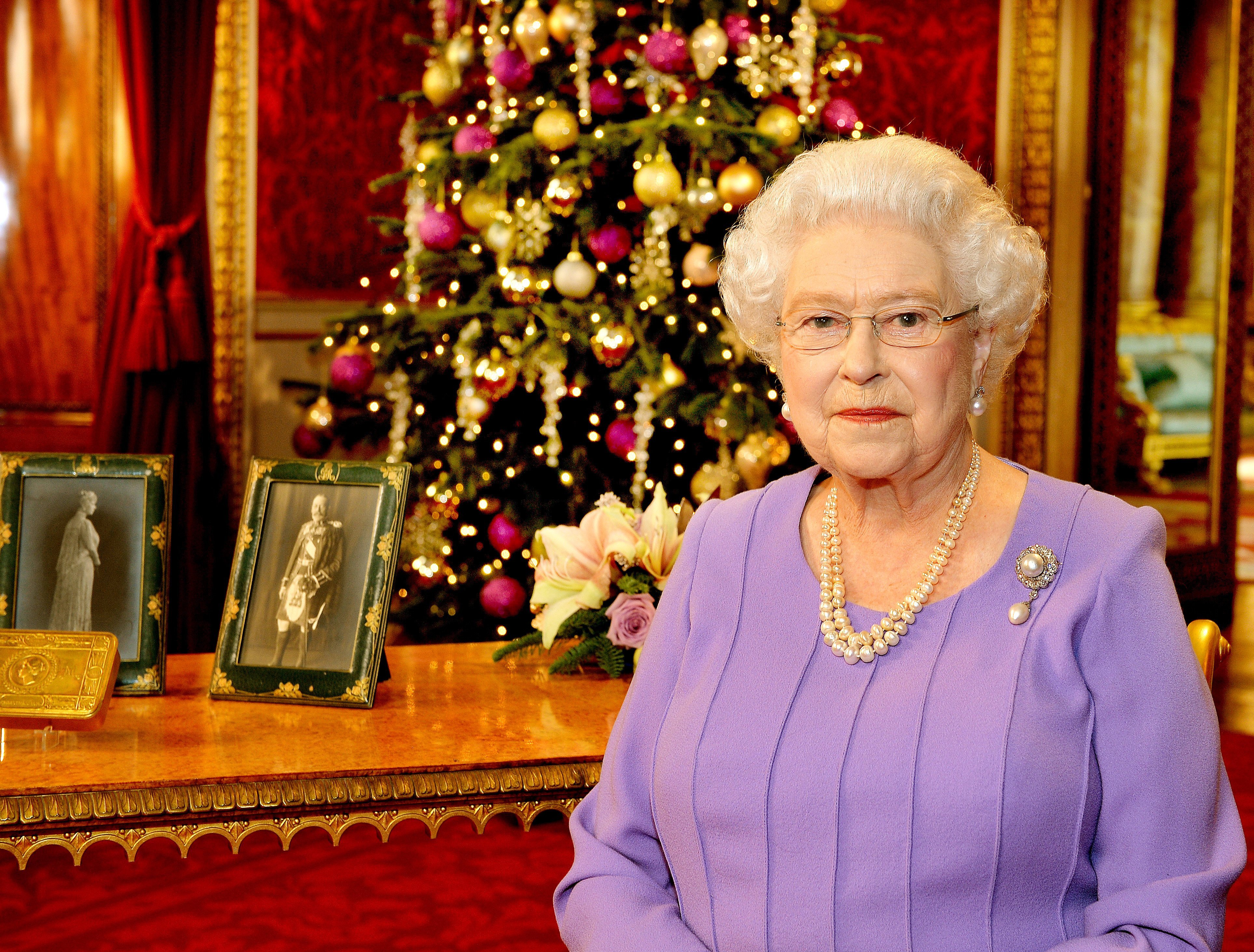 Queen Elizabeth II poses in the State Dining Room of Buckingham Palace after recording her Christmas Day television broadcast to the Commonwealth on December 10, 2014, in London. | Source: Getty Images.

On November 20, 1947, she got titled as "Her Royal Highness Princess Elizabeth, Duchess of Edinburgh," and five years later became Her Majesty The Queen on February 6, 1952.

HOW ROYALS GET THEIR TITLES

Noble titles historically got bestowed utilizing a peerage system, where titles got offered to members of the system (Peers) who swore loyalty to the throne in exchange for land or money.

In much the same way in recent times, someone is either born with a noble title, or the Queen exclusively confers titles to those that meet her approval.

Read also
May 31, 2019
Queen Elizabeth II, The Longest-Ruling Queen In History, Was Not Supposed To Take The Throne 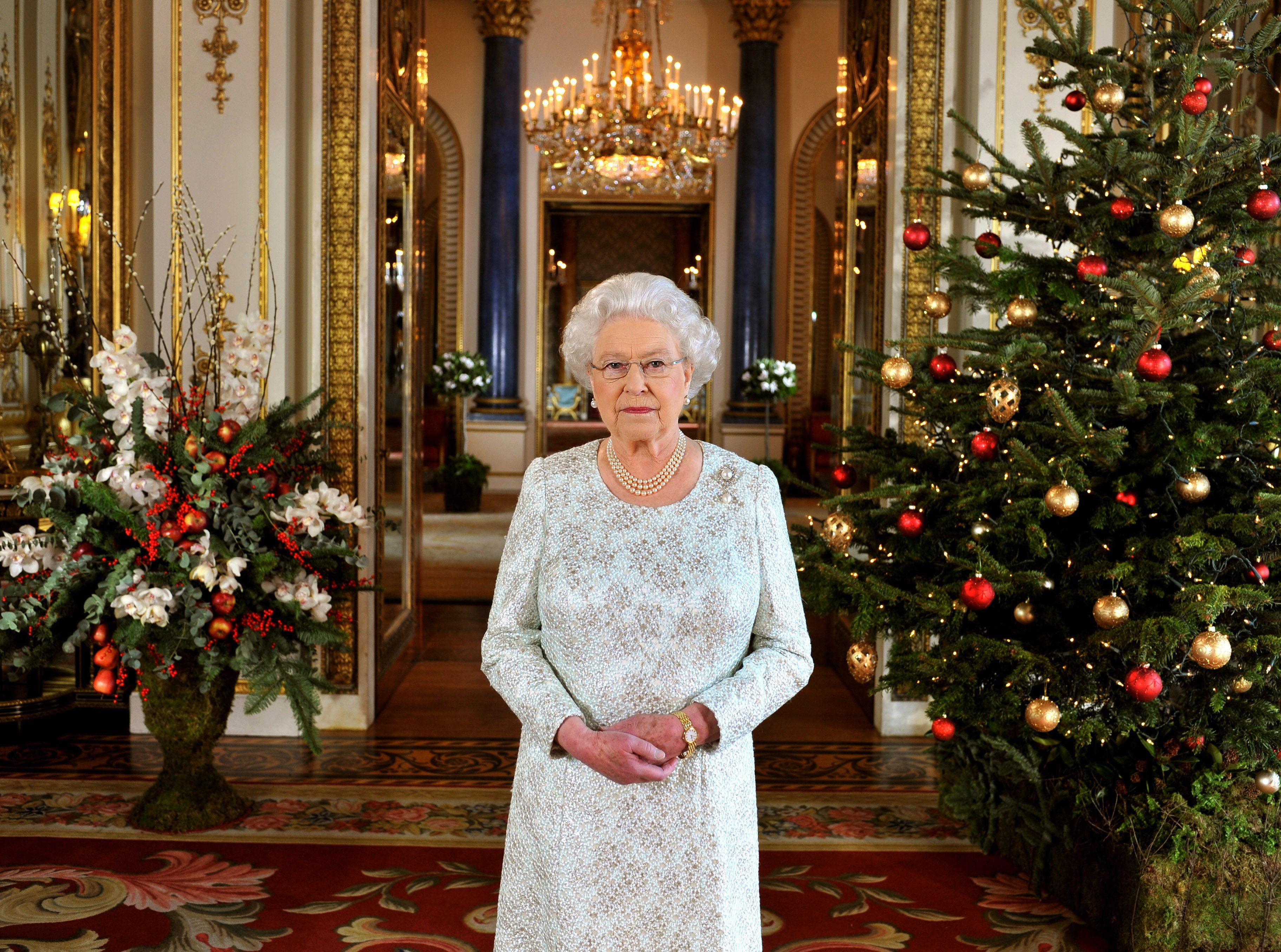 Queen Elizabeth II records her Christmas message to the Commonwealth, in 3D for the first time, in the White Drawing Room at Buckingham Palace on December 7, 2012, in London England. | Source: Getty Images.

While the wife of a King is called the queen consort, royal naming is different when the queen is the head of state.

As the husband of the Sovereign ruler, Prince Philip has no automatic right to a title. He renounced his title as Prince of Greece before he married Elizabeth, and when she became queen, Prince Philip officially got titled the Duke of Edinburgh.

Prince Philip only rightfully became a prince in 1957, when the Queen gave “the style and titular dignity of a prince” to her husband. 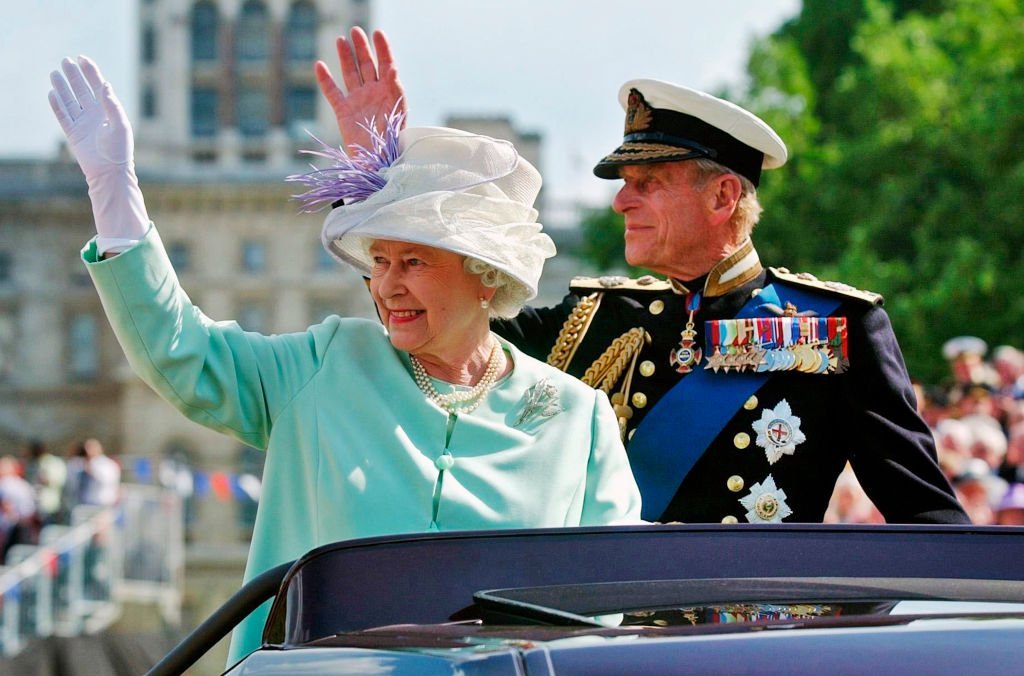 Queen Elizabeth II and Prince Phillip the Duke of Edinburgh wave to the crowd as they leave the "Recollections Of World War II Commemoration Show", an hour long show performed for thousands of World War II veterans marking the end of the World War II 60 years ago, at Horse Guards Parade on National Commemoration Day July 10, 2005, in London. | Source: Getty Images.

While the Queen upholds royal protocol under normal circumstances, she has been known to break the rules from time to time.

One such an occasion notably occurred after Princess Diana’s death in August 1997. The circumstances under which the much-loved princess died put the Queen in a challenging situation that led to her eventual breaking of royal protocol in various ways.

Jul 25, 2019
Queen Elizabeth II And King George VI: The Pride, Trust, And Loss Of The King

Jun 24, 2019
Queen Elizabeth II: A Princess Who Was Never Expected To Succeed The Throne

Aug 01, 2019
Facts Royal Family Manages To Remain Unstudied For The Whole World Even Being In The Spotlight All The Time
Popular articles