When it comes to the matter of the heart, there is no strict rule. While some might like people of the same age. Others prefer that their partners are from an entirely different generation. Luckily, celebrities are not exempted from this truth. In their search for love, the following celebrity couples showed that age is just a number. With differences in age ranging from a measly 9 to over 20 years, these celebs are as happy in love as the first day they met. You'd be surprised to see your favorite celebrity couple on this list!

Adam Levine became a household name when Maroon 5 brought out their first hit, “Songs About Jane” in the early 2000s, while Behati had success as Victoria’s Secret model since 2006. Their respective careers brought them together when Adam wanted a model to star in a music video for their song “Animals.” Even though Behati never got to the making of the video, the pair started dating. 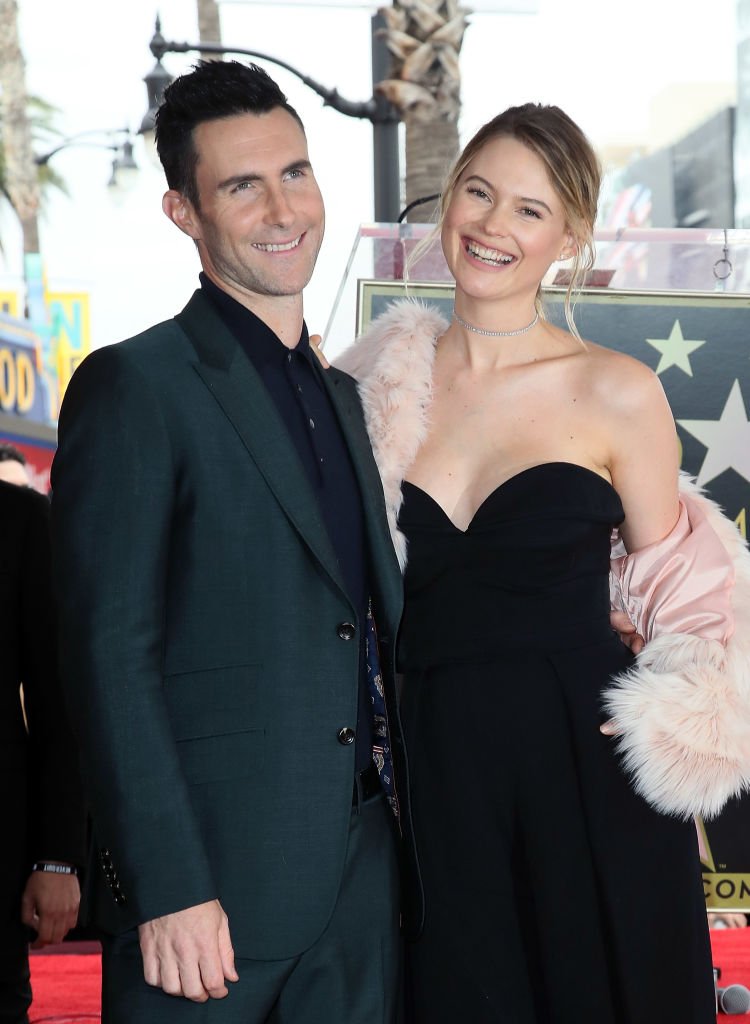 Adam Levine (L) and wife model Behati Prinsloo attend his being honored with a Star on the Hollywood Walk of Fame on February 10, 2017, in Hollywood, California. | Source: Getty Images.

The singer popped the question in July 2013, and they got married a year later in Los Cabos, Mexico. With an age difference of nine years, the couple welcomed their first child and daughter, Dusty Rose on September 21, 2016, while their second daughter, Gio Grace came into the world on February 15, 2018.

With William 12 years Felicity’s senior, the couple dated on and off for 15 years before she started taking his marriage proposals seriously. Out of fear of losing William for good, she finally decided to accept his proposal after a breakup that lasted almost five years. They initially met at New York’s Atlantic Theater Company during the early 1980s and finally tied the knot on September 6, 1997. Three years later Felicity and William had their first child, Sophia Grace, followed by their second daughter, Georgia Grace in 2002. 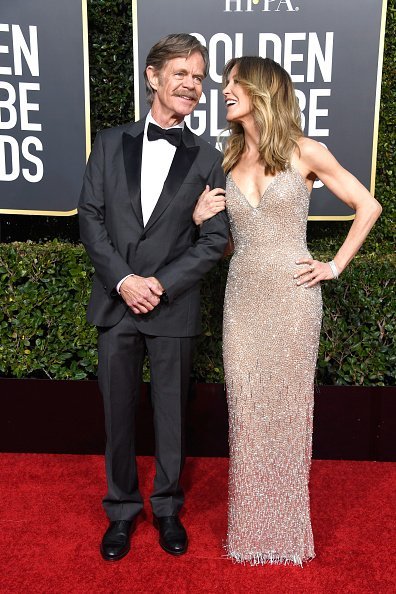 Actress/director Daryl and Canadian singer-songwriter Neil’s 15 year age difference didn’t keep them from falling in love either. The couple got together after Neil divorced from the singer-songwriter Pegi in 2014. Daryl made her directorial debut in the film “Paradox” wherein Neil starred, and they have been together ever since. 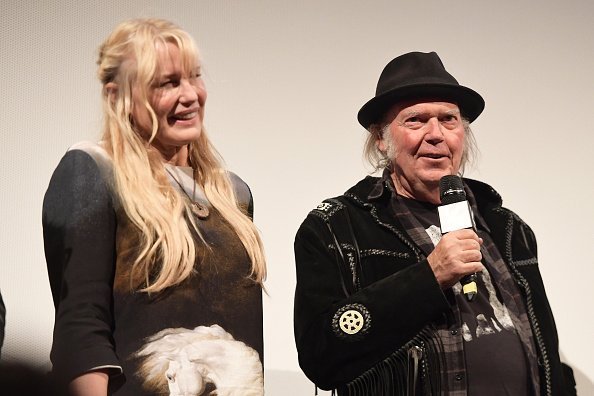 When Portia and Ellen first met in 2000, their fifteen year age gap couldn’t contend with their feelings for each other. While Ellen had publically come out as gay by then, Portia hadn’t. Even though Portia had her eye on Ellen, it took four years before they reconnected at the Shrine Auditorium in Los Angeles for VH1’s 2004 Big Awards. The couple moved in together during 2005 and got married in 2008 after California’s Supreme Court legalized same-sex marriages. 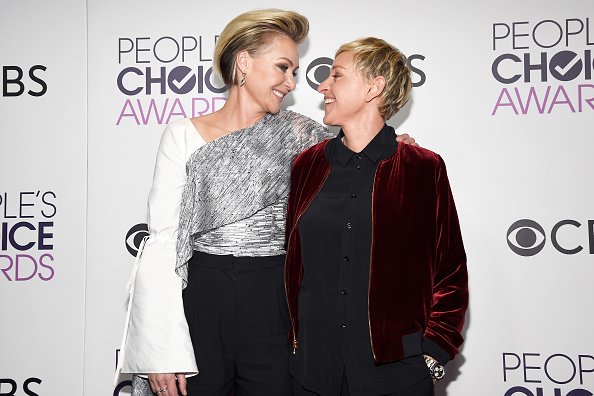 Mary-Kate and her sister, Ashley, rose to Hollywood fame as one of the most successful child stars in the 1990s. Having grown up since then, Mary-Kate built a fashion empire with her sister and fell in love with Olivier seventeen years older than her. She first started dating the French banker in the spring of 2012. Three years later the couple got married during an intimate Manhattan ceremony. 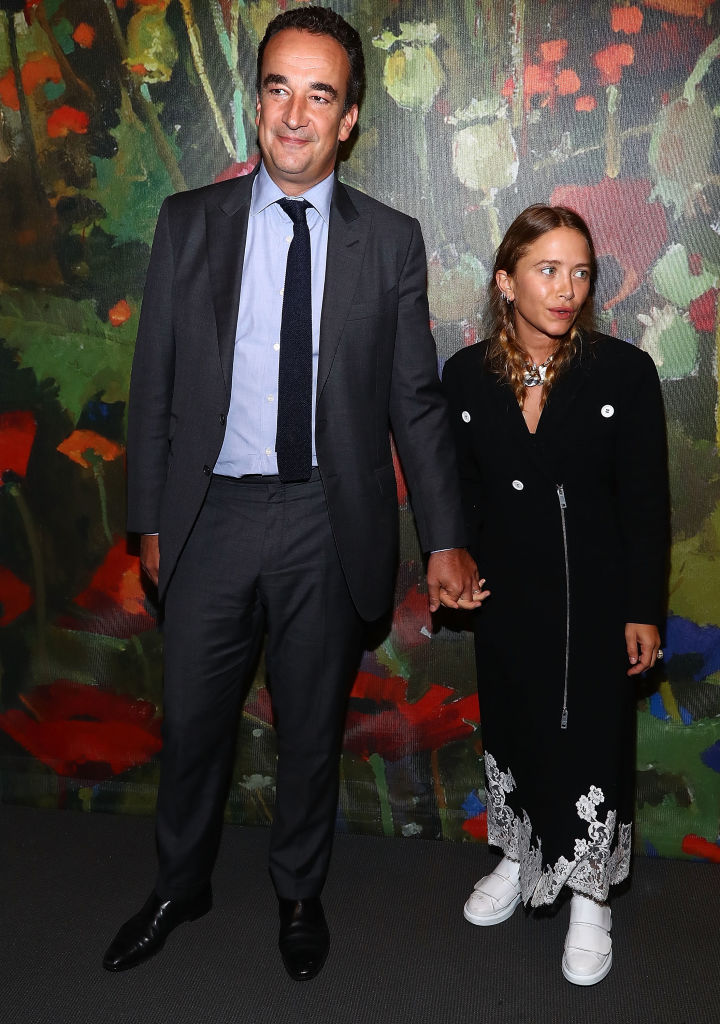 Television viewers first got introduced to Calista when she starred in the legal drama “Ally McBeal,” while Harrison Ford forged a successful acting career for himself. Their meeting at the Golden Globes in 2002 turned into a relationship they initially kept quiet, as Harrison hadn’t divorced his second wife, Melissa Mathison yet. 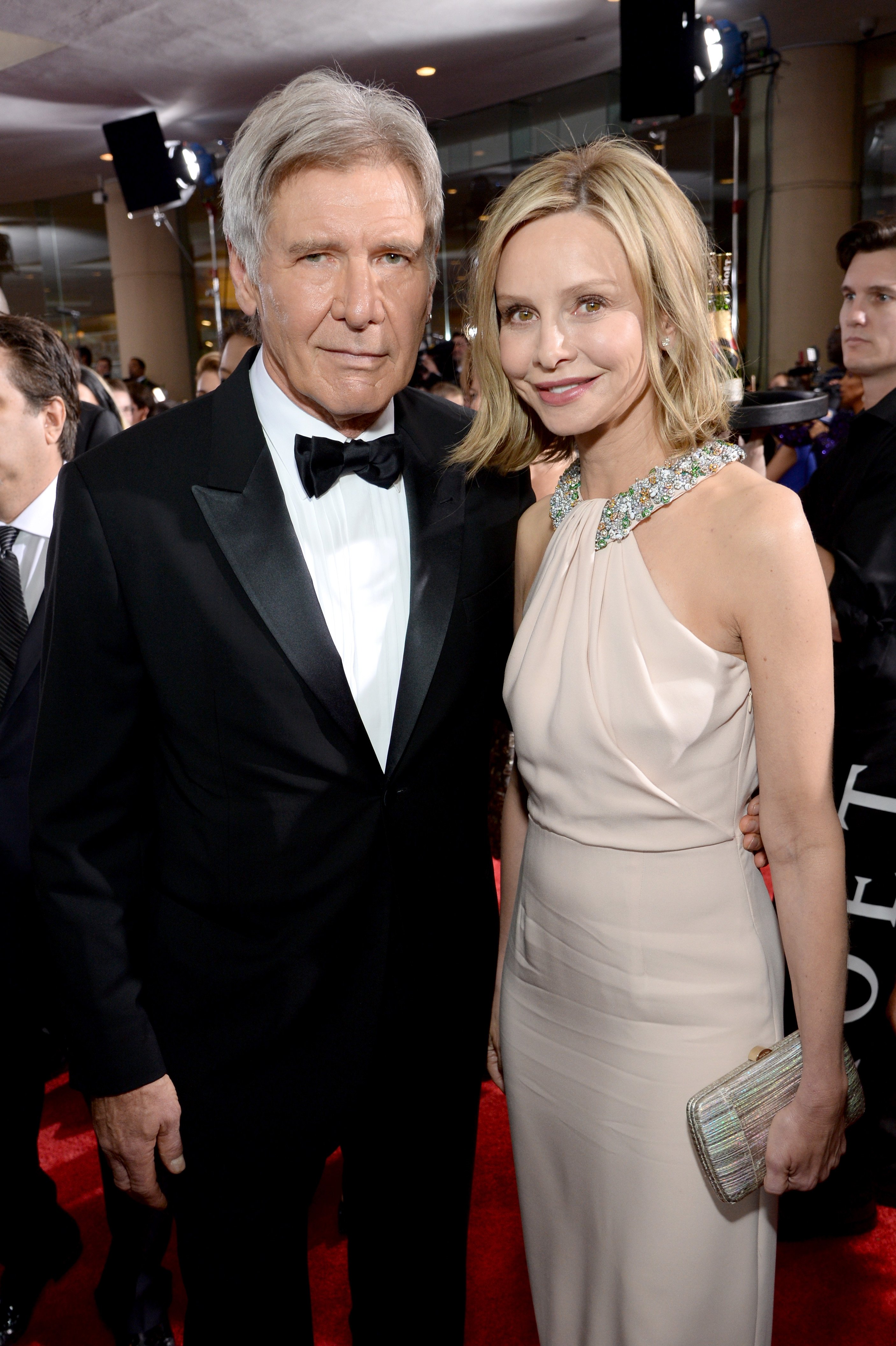 Despite their 22 year age difference, the couple dated for over seven years before Harrison proposed to Calista in 2009 during the Valentine’s Day weekend. After a short engagement, they got hitched in June 2009 in Santa Fe while Harrison filmed “Cowboys and Aliens.”

Their 23 year age difference didn’t factor into Bruce’s decision to marry Emma on March 21, 2009, in Turks & Caicos at his Parrot Cay home. Ten years later the couple celebrated their anniversary by renewing their wedding vows during a ceremony on the beach. 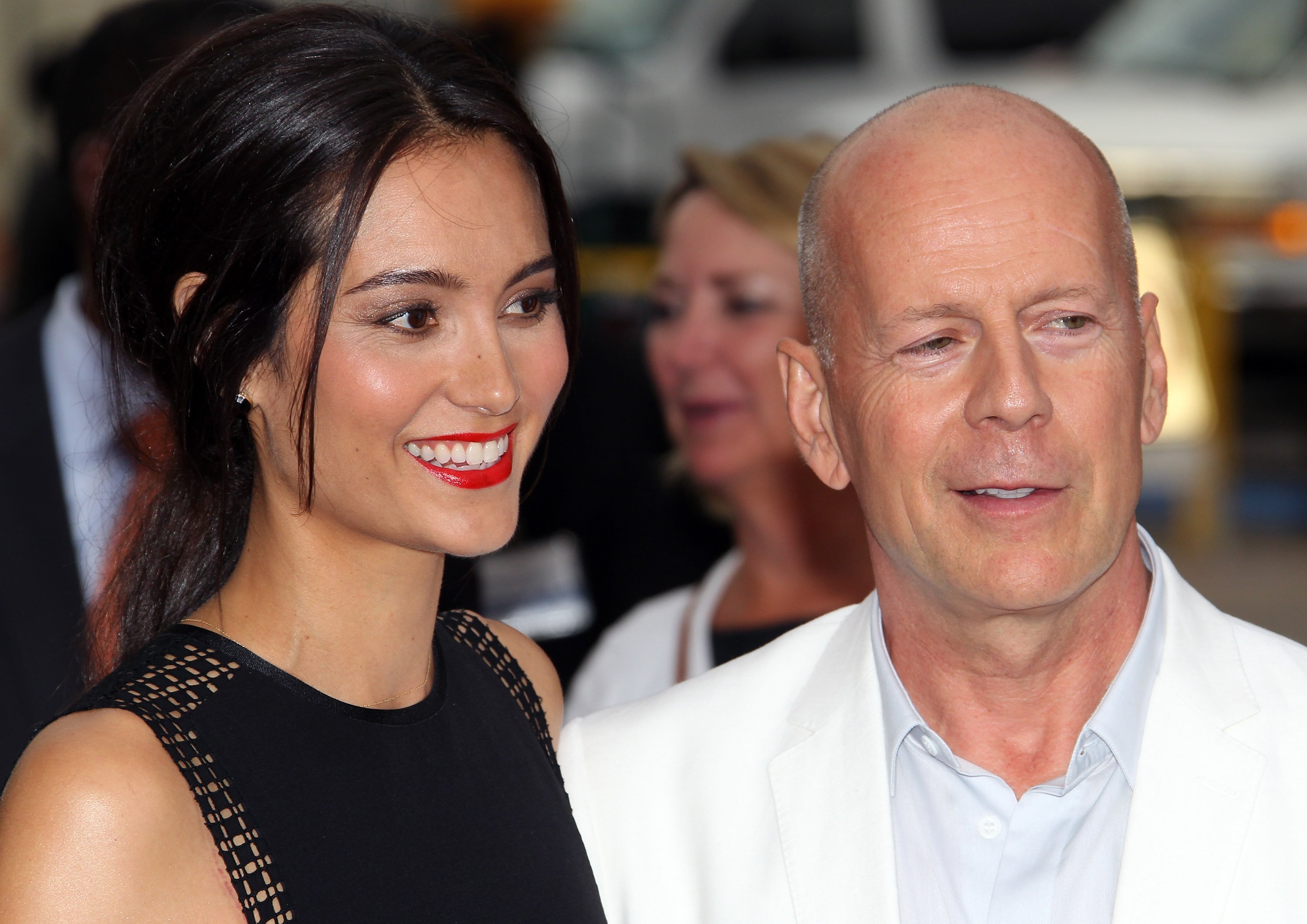 The two actor’s love story dated back to 1996 when they met at the Deauville Film Festival. Catherine promoted her film “The Mask of Zorro,” while Michael went to promote his movie, “A Perfect Murder.” The actress got told that Michael wanted to meet her. Despite her nervousness and Michael’s cheesy pick-up line (he said to her that he would father her children on their first date), the couple fell in love.

While the couple shares a September 25 birthday, they also have an age gap of 25 years, which didn’t stop them from getting engaged at Michael’s Aspen home on 1999’s New Year’s Eve. By then Catherine had already fallen pregnant with their first child and welcomed their son, Dylan in August 2000. Three months later, the couple got married in what tabloids called “the wedding of the year.” 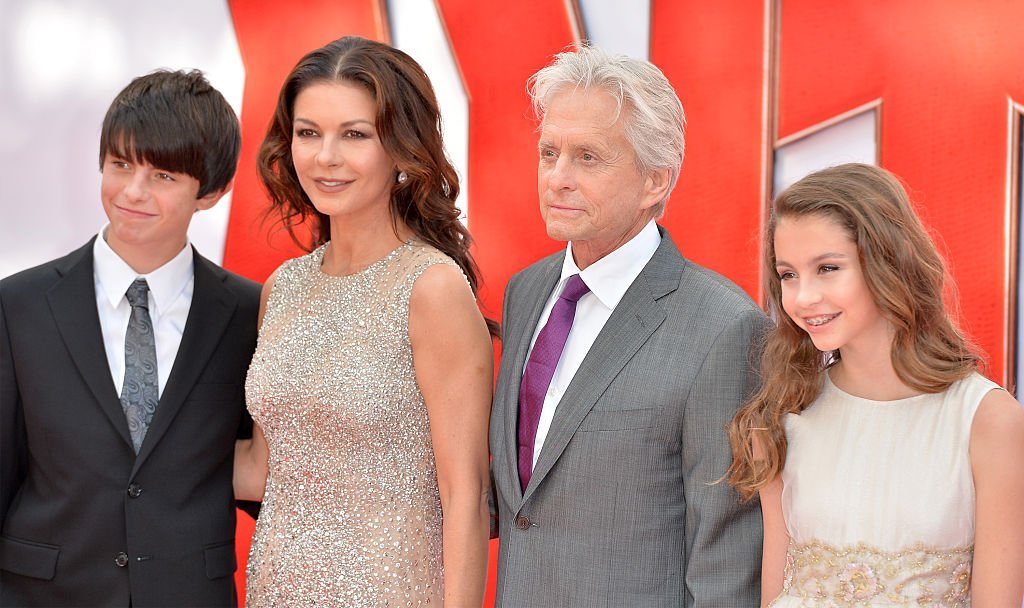 Catherine Zeta Jones and actor Michael Douglas with their children Dylan and Carys as they attend the European Premiere of Marvel's "Ant-Man" at the Odeon Leicester Square on July 8, 2015, in London, England. | Source: Getty Images.

With an age difference of 25 years, the Kardashian’s struggled to accept Kris’s relationship with Corey when they began dating in 2014. But Kris is in no hurry to get married. Although their “age is just a number,” Kris told Ellen DeGeneres in 2017 that she doesn’t want to change up their relationship for the sake of marriage. 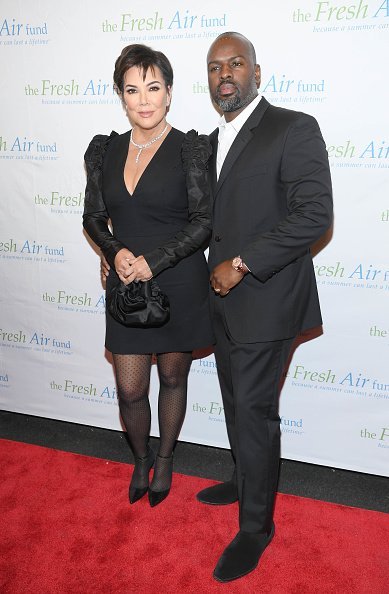 “You know, I’ve done that twice, and it didn’t work out so well,” she said. “So I don’t know — you never know. I’m going to take a page out of Goldie [Hawn] and Kurt [Russell]‘s book. Or Kourtney [Kardashian]‘s book. I think as long as things are going so well, why ruffle it up?” she said.

When Alec Baldwin walked into Pure Food and Wine on Irving Place in 2011, he noticed Hilaria and not their 26 year age difference and fell in love. After their wedding at the Basilica of St. Patrick’s Old Cathedral in New York on June 29, 2012, the couple had four children. On August 23, 2013, Hilaria gave birth to their daughter, Carmen, followed by their son, Rafael two years later on June 17, 2015. Hot on Rafael’s heels followed his brother, Leonardo born on September 12, 2016, while Romeo came into the world on May 17, 2018. 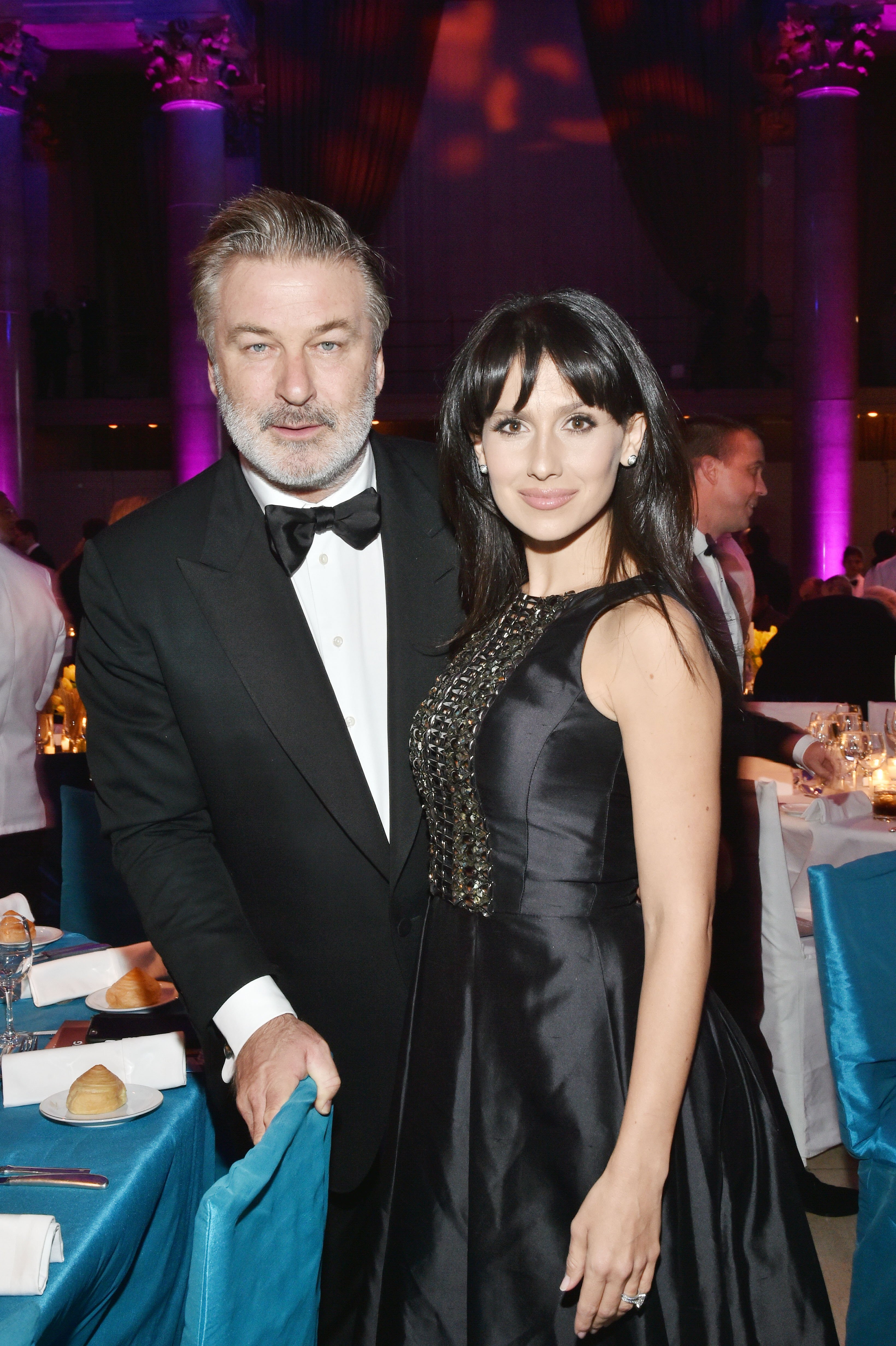 Aimee and Steven’s relationship started at work. The Aerosmith singer hired Aimee as his personal assistant in 2012, and two years later their personal relationship came to light. “They’re not exactly dating, but it’s not a strictly professional relationship either, it’s in the early stages. She has been working with him for a few years now,” a source told the Daily Mail on March 2014. Their massive age difference of 40 years had no impact on their relationship, and the pair moved in together early in 2016. 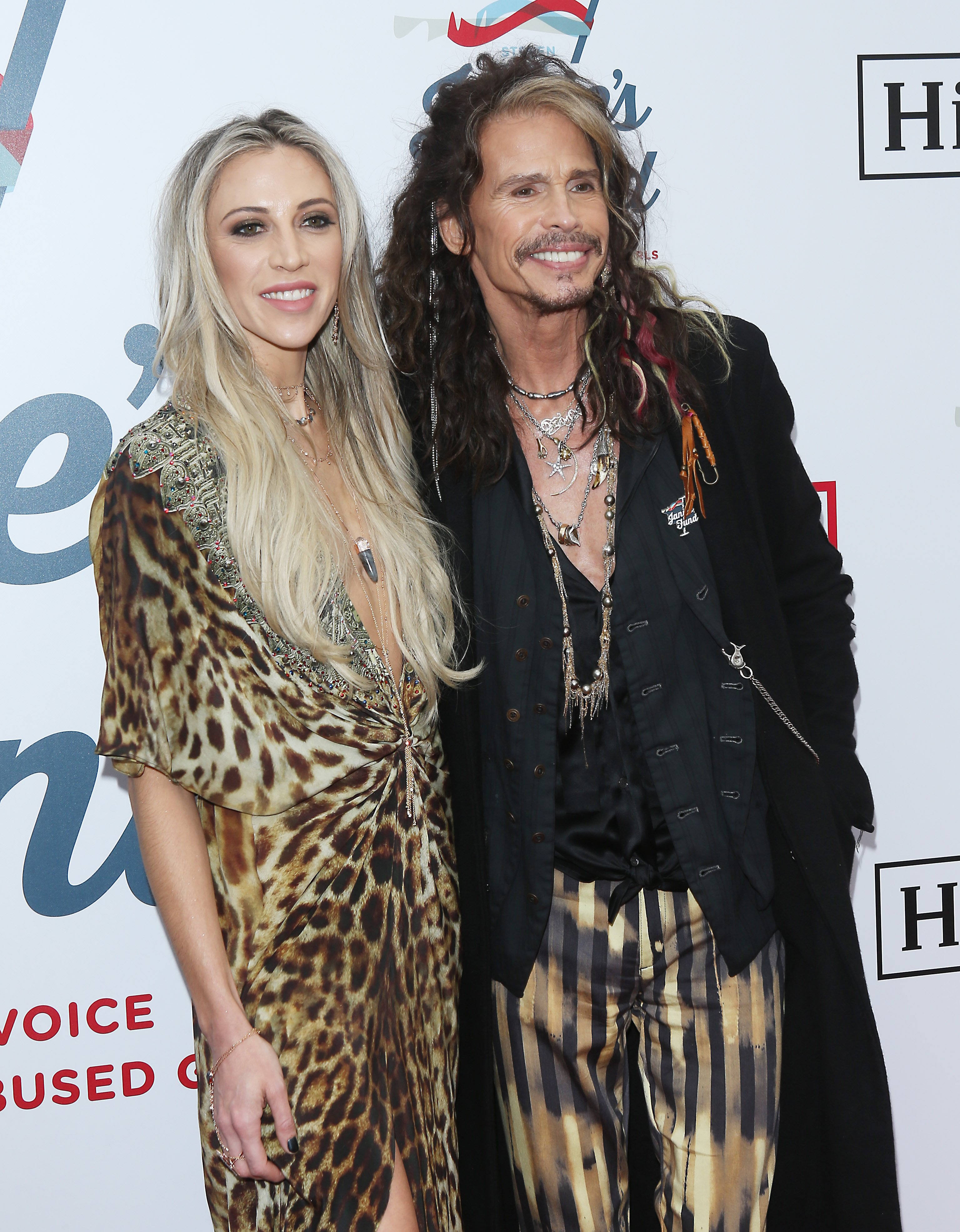 Perhaps one of the most famous couples that share a substantial difference in age is President Donald Trump and First Lady Melania. The First couple has a whooping 24-year-gap between them, but that didn't stop them from falling in love the first time they met. While Melania had previously shared that they had great chemistry since the moment they met in 1988, she also revealed a trick President Trump used to romance her. 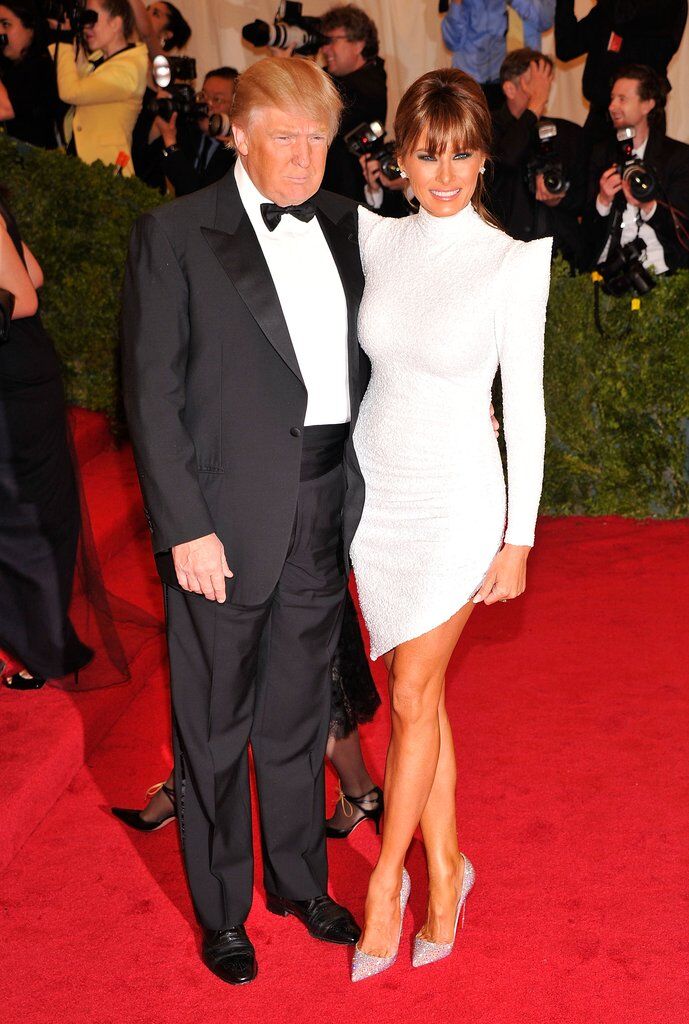 They met at a party in Times Square night club and a year after that became a public item. They have a son named Barron William Trump together. However, it seems their age difference puts a strain on their relationship as they often photographed behaving awkwardly in public.

In just two months of dating, lovebirds Priyanka Chopra and Nick Jonas announced their engagement to the world. Despite Priyanka having a traditional approach to marriage, the 11-year-gap between them failed to bother her. Luckily, Jonas feels the same way about the age difference as he reportedly loves to date older women. 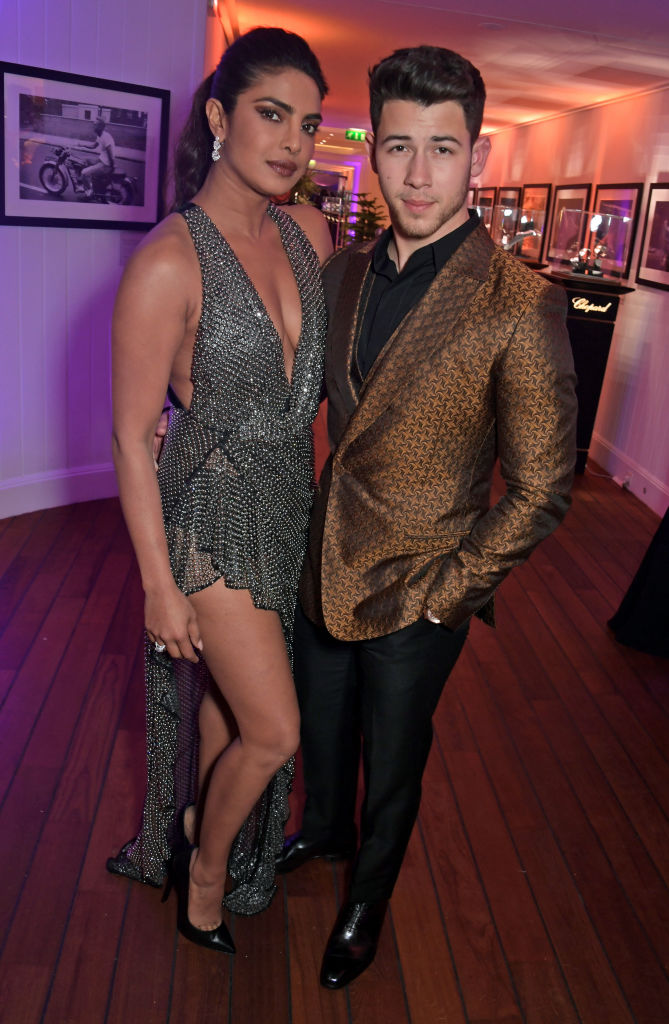 A source once told PEOPLE:

“The age difference is not a big deal to them whatsoever. Nick loves dating older women, and if anything it makes Priyanka even more attractive to him.”

Well, we guess that says it! The couple tied the knot in lavish ceremonies in December 2018 and have been going strong ever since.

Their regular social media bants targeted at each other might not point it out, but Blake Lively and Ryan Reynolds have an 11-year-age gap between them. The duo met when Blake was just 22 and the 'Deadpool' star was 33 on the set of 'Green Lantern.' They began dating a year after and tied the knot in September 2012. the lovely A-listers are proud parents to two little girls, James and Ines, and never fail to give us major #couplegoals on the red carpet. 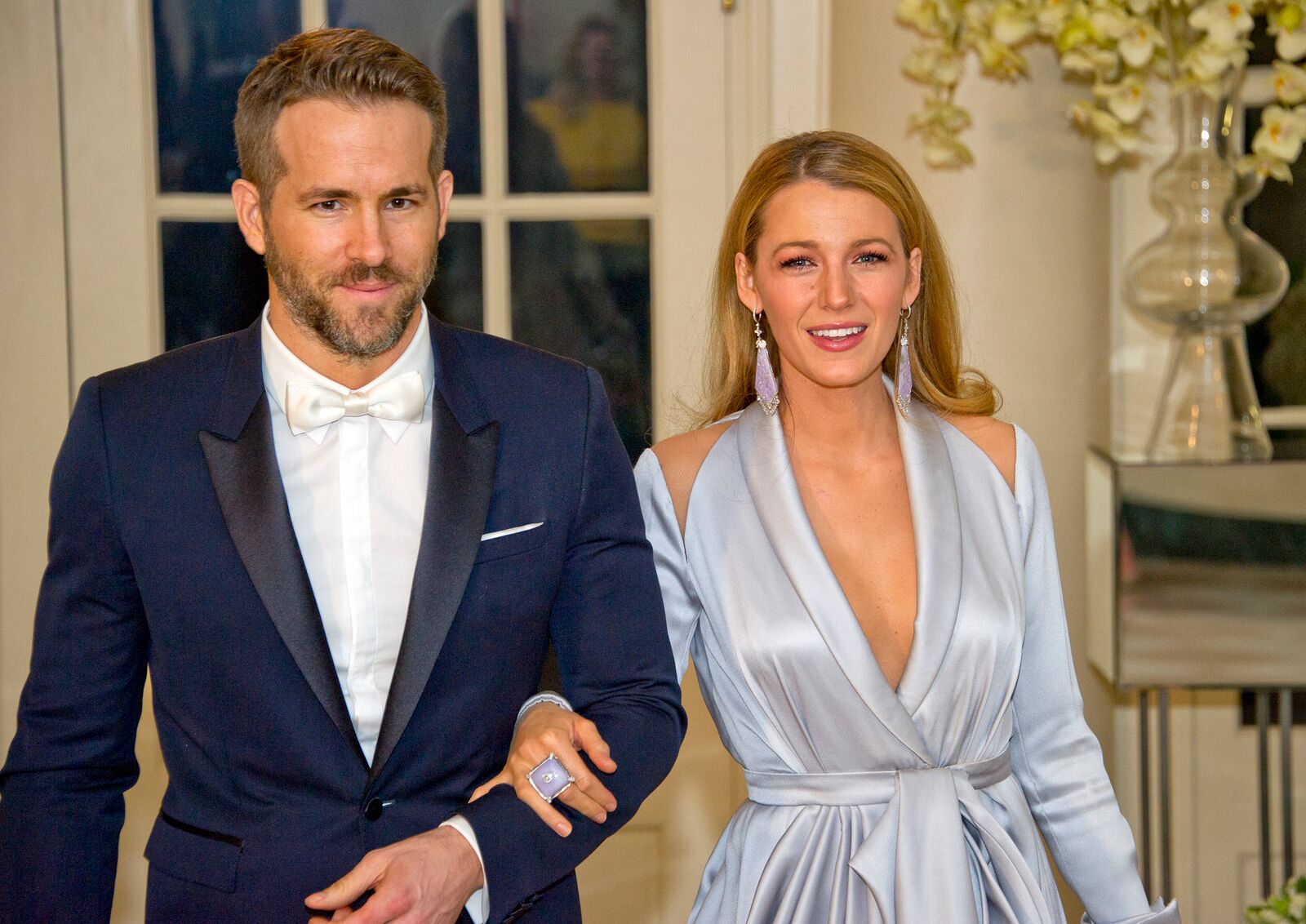 Read More: I Love Lucy's' Little Ricky Is All Grown Up! Look At Him 61 Years Later

With how long these two have dominated the music industry, it's hard to tell they are not age mates. Well, the fact is Jay-Z is 12 years older than Beyonce, however, it is hard to tell. The lovebirds started dating back in 2001. At the time Jay-Z was 32 years old and Beyoncé was only 20. 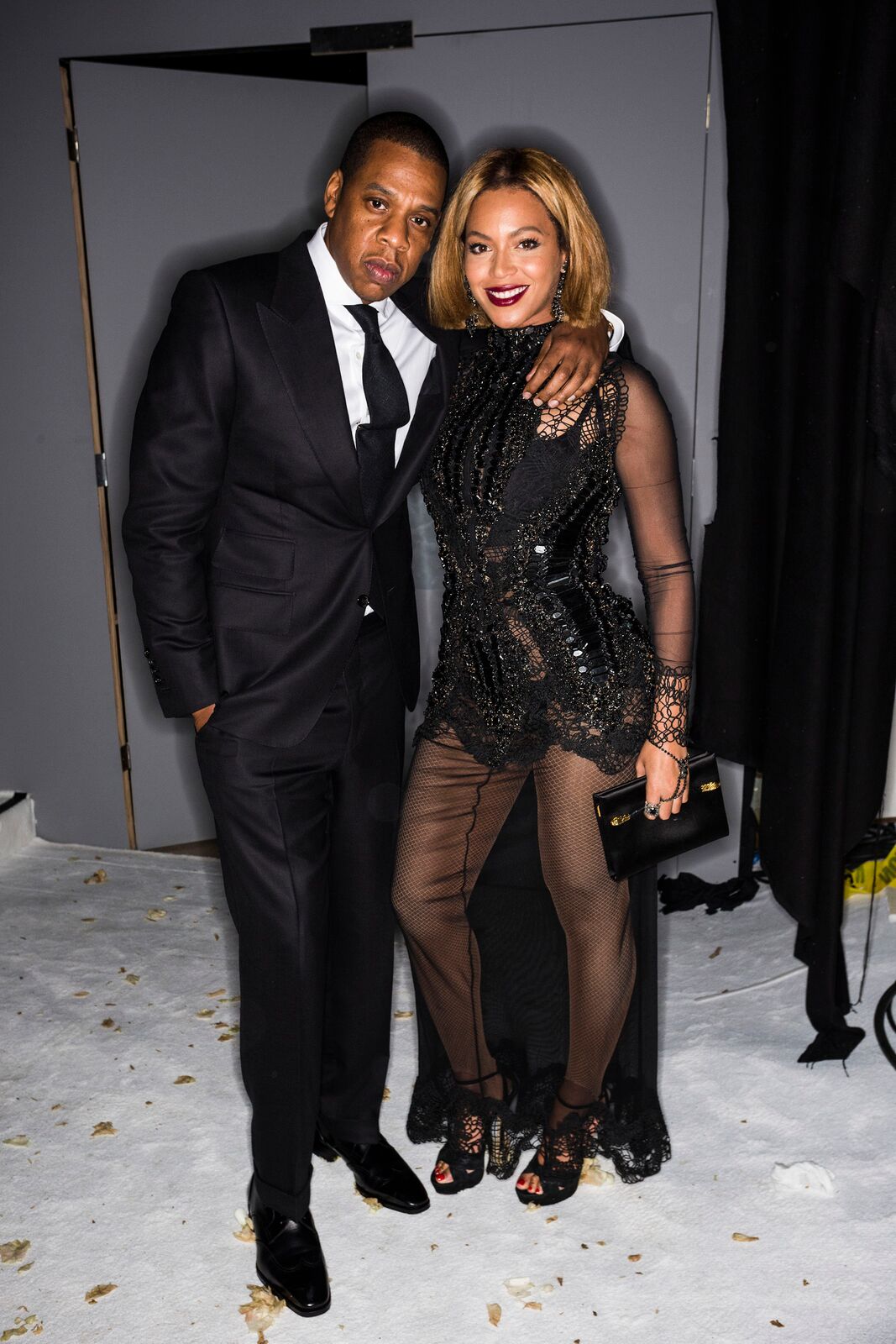 Seven years later, tied the knot in a super-secretive wedding on April 4, 2008, and gave birth to their first child, daughter Blue Ivy Carter in 2012. Their family expanded in June 2017 with the birth of their twins, Rumi and Sir. The couple has been through rough times with Jay-Z's infidelity which was extensively discussed in Beyonce's 2016 album 'Lemonade.' Nevertheless, they have managed to weather the storms and remain strong.

Jackman, 51, and Deborra Lee-Furness, 64, first met on the set of the 1995 Australian show 'Correlli.' A year after they married and soon adopted two children together, Oscar and Ava. While it is sometimes unusual to see a younger man in the relationship, the 'Wolverine' star has no problem with it. 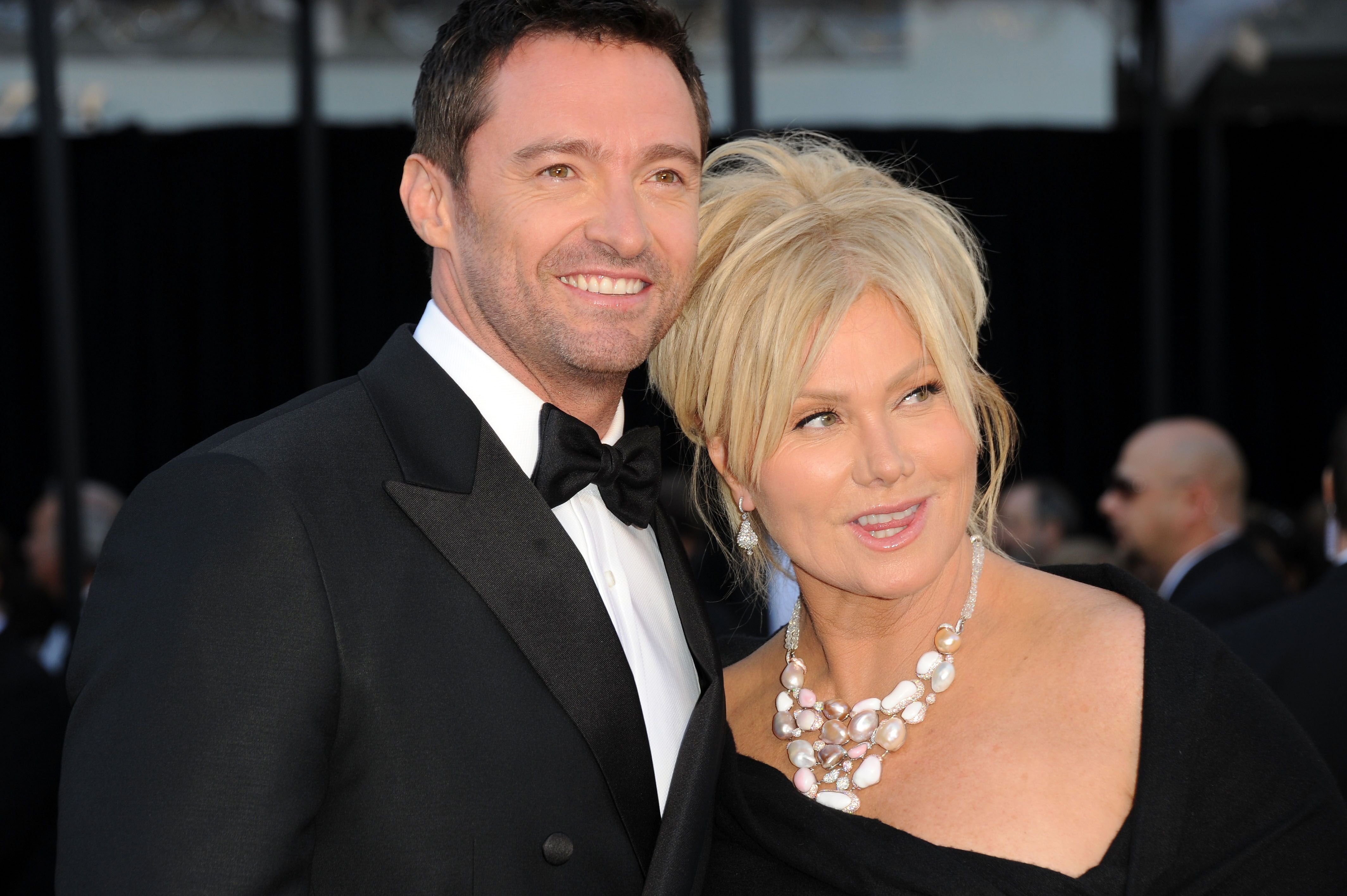 Read More: The Lovely Marriage of 'This Is Us' Justin Hartley and 'All My Children' Chrishell Stause

He once revealed that the 13-year-difference between them doesn't stop him from being the man of the house. Jackman told PEOPLE:

"I’m literally the adult in the relationship. She’s just like a little kid. I’m the [one saying], ‘Babe, this is not a legal parking spot."

Indeed age is nothing but a number and doesn't determine the success of a relationship. If you don't think so, these above-mentioned celebrity couples are proof of it. If you are as surprised as we are about this list, let us know your favorite duo and why you chose them, in the comments section.